EU recently launched the European External Investment Plan, aimed at raising at least 44b Euros in private equity by 2020, the largest ever investment scheme for Africa.

By Innocent Anguyo in Brussels

The President of the European Parliament, Antonio Tajani, has delivered a fairly devastating critique of the union's policies towards Africa, saying Brussels had failed to give the world's poorest continent the attention it deserved.

"Often we looked the other way, heedless of the emergencies - humanitarian or linked to climate, security or stability - which Africans have to deal with every day," said Tajani.

"Europe's approach was a piecemeal one, with individual countries falling over one another in pursuit of their own interests and agendas. The result was a road paved with good intentions, but there were many missed opportunities and few successes along the way. We failed to exert any real political and economic influence on the future of Africa."

The veteran Italian politician who ascended to the current office in January 2017 made the remarks on Wednesday while opening the high-level conference on Africa held at the EU Parliament in Brussels under the theme "A new partnership between the EU and Africa.'

His observations come when the EU is struggling to curb the massive flow of migrants from Africa through the Mediterranean and deal with abysmal conditions in detention camps, operated by traffickers or the Libyan government. 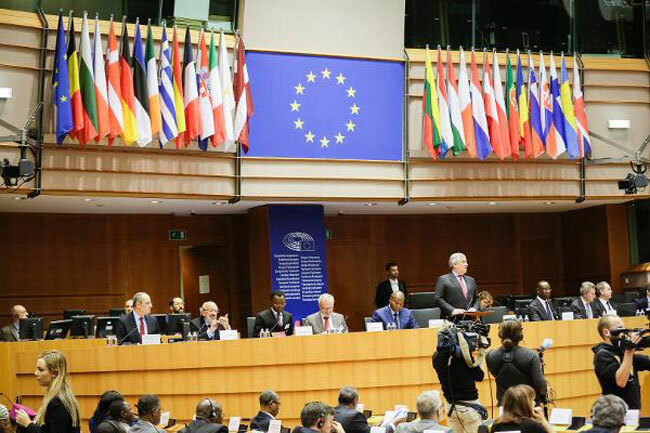 Managing immigration
Thousands of desperate young people are fleeing Africa, where many states are faced with overwhelming challenges like crushing poverty and other liabilities, such as ethnic divisions and civil wars in neighbouring countries.

With a population projected to reach at least 2.5 billion by 2050, failure to address these teething development challenges, could see more Africans set sail for perceived good life in Europe.

But, faced with a surge in anti-immigration sentiment across Europe, Brussels is desperate to stem the influx -more than 1.5 million migrants have arrived in Europe in the last two years, United Nations figures show.

"They (migrants) may be attracted by images on television or on the internet depicting what seems to them to be a land of milk and honey," said Tajani. "We urgently need to offer them real prospects in their home countries, so that they stay and help to revitalise them."

The UN warned earlier this year that 1 million African migrants would've reached the shores of Europe by the end of 2017.
But Tajani was "optimistic" that this course can be rescinded by means of greater investment in education, infrastructure, industry and modern farming techniques in Africa.

Except, Africa doesn't have the gloss to magnetise investment commensurate with its development needs. Foreign direct investment accounts for only three percent of African GDP, World Bank figures show.

Tajani wants to change this, though—he beseeched Europe's leaders to ensure that under the next EU multiannual budget, at least 40b Euros is earmarked for the investment fund for Africa.

The bloc recently launched the European External Investment Plan, a vehicle aimed at raising at least 44b Euros in private equity by 2020, the largest ever investment scheme for Africa.

European leaders hope that the leverage effect and synergies generated with the funding provided by the European Investment Bank could make it possible to mobilise some 500b Euros in public and private investment.

The EU and member states, the largest donors in the world, currently invest about 20b Euros in Africa every year.

Outrage Over Slavery in Libya
EU leaders find themselves at a loss to invent solutions for the asylum seekers being subjected to inhumane treatment on the other side of the pond, in Africa.

The International Organization for Migration (IOM) had earlier in the year reported the existence of markets where migrants became "commodities to be bought" but the matter didn't receive much international attention—until November 14, when CNN reported about it.

Abdoulaye Diop, the Malian Minister of Foreign Affairs and International Cooperation branded the auctions "a crime against humanity", calling on the International Criminal Court to investigate the matter.

Faustin-Archange Touadera, the president of the Central African Republic was "outraged", saying the "perpetrators of the crime must be brought to book."

Federica Mogherini, the EU High Representative for Foreign Affairs and Security Policy said Europe has to "face the dramatic situation" of Africans being held in "slavery".

"We cannot ignore the reports on the inhuman treatment of migrants in Libya," said Mogherini. "Our goal is and must continue to be the closure of detention camps."

The subject will probably be top of the agenda at the fifth AU-EU Summit, from 29 to 30 November, in Abidjan—bringing together more than 80 heads of state.

Libya became a massive transit hub for sub-Saharan Africans setting sail for Europe after the fall of dictator Muammar Gaddafi in 2011 tipped the country into chaos. 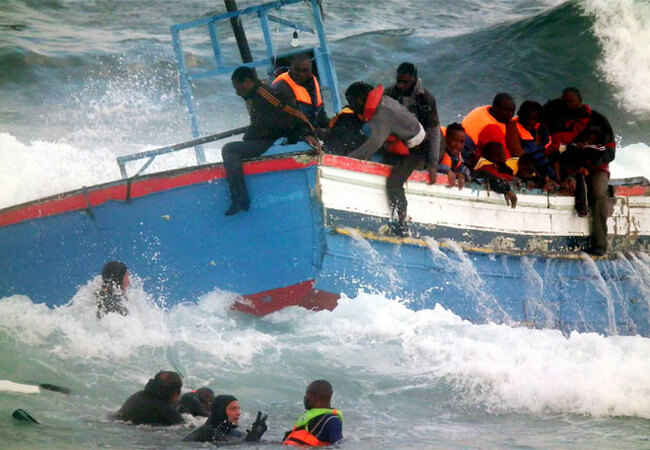 15,000 Migrants to be Returned to Their Home Countries
The EU will have helped to return 15,000 migrants currently enslaved in Libyan detention camps to their home countries by the end of this year, Mogherini announced Wednesday.

Brussels will also offer the migrants an unspecified amount of money "for them to begin a new life, start their own economic activity, or learn a new job," Mogherini said. This would be the first the EU offers such a package.

The European Commission announced that it had ring-fenced €500m (sh 2.1 trillion) to fund the resettlement of refugees from Libya, Egypt, Niger, Sudan, Chad and Ethiopia in order to dissuade illegal migration and reduce the attraction of people-smugglers.

Europe sees it as another way of saving lives. "Globalisation and migration have shown that building walls or putting up barriers is not the solution," said Tajani. "Africa's problems are Europe's problems too."

At least 590 migrants have drowned on the central Mediterranean route in the first three months 2017, and the total numbers reaching Italy from Libya has surged since.

New Relationship as Equals
With emerging powers such as China, Turkey, India and Singapore all making inroads into Africa, Brussels is desperate to reposition itself as the dominant player on the world's youngest continent where half the population is below 20 years of age.

"We must work together with Africa, as equals, and make available the fruits of our leadership in the areas of technology, quality, industrial know-how and training," Tajani said. "It is time to put our relations on a new footing before it's too late."

Mogherini agrees with Tajani, saying Abidjan presents an opportunity for EU-Africa relations to change, for the better.

"So, we go to Abidjan, probably for the first time ever, as partners, as political partners, overcoming the donor-recipient kind of relationship that belongs to the past," said Mogherini

"We are starting a new page, a page of a political partnership, which means that we set our direction together, and each of us accepts the responsibility to contribute its own way on all the priorities."