MENU
The battle to save River Rwizi
Previous Story

Kasese residents in panic over crocodile a...
Next Story

Who will solve Tororo district's crisis?

The council has failed to sit to approve the supplementary budgets, approve members of land board and members of the district service committee.

The council has failed to sit to approve the supplementary budgets, approve members of land board and members of the district service committee.

Tororo district has been plunged into a crisis after the council failed to meet for two consecutive times to approve supplementary budgets due to internal bickering. Service delivery in most of the sectors has been affected, especially in the works department.

Most roads in the district have become impassable following the recent torrential rains which damaged culverts and bridges. The district speaker, John Okeya, was on Tuesday forced to postpone the planned council meeting following a boycott by all the councillors from West Budama county.

The councillors from West Budama walked out of council in June. Okeya postponed the meeting amid resistance by councillors from Tororo county, saying the Local Government Act specifies that the council shall engage in business if there is two-thirds of the total number of councillors.

This is the second time the council has failed to sit to approve the supplementary budgets, approve members of land board and members of the district service committee.

Despite protests from the Tororo county councillors, Okeya insisted that he was not ready to hold a meeting which did not have quorum. And if he did it, then he would be abusing his office. Okeya said even if he presided over the meeting, deliberations wouldnot hold any water. 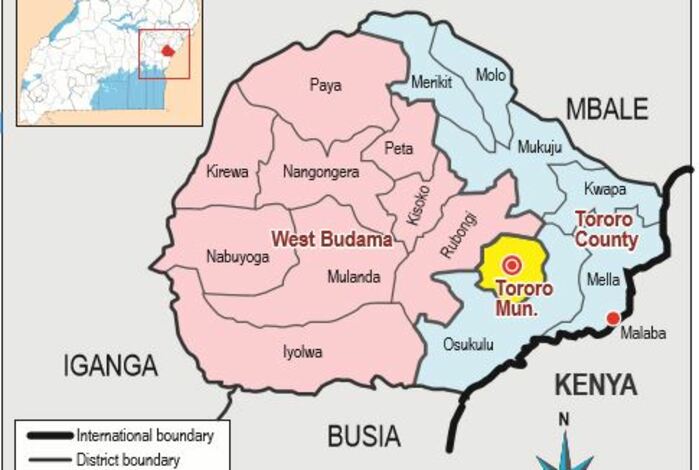 Tororo district has 21 subcounties. Twelve of them are from West Budama with 26 councillors. Tororo county has seven sub-counties with 14 councillors and Tororo municipality has two divisions with four councillors. In order to constitute a

quorum, the law requires having at least two-thirds of the councillors which is 21. Tororo county and municipality alone cannot constitute a quorum since they have 18 councillors. The clerk to council, Okoth Kitong, said all the councillors received invitation letters.

The councillors from West Budama, through their district councillors' caucus chairperson Jox Owori Jabwana, recently petitioned the office of the district speaker, saying they would never attend any council meeting until the Electoral Commission holds a by-election for the LC5 chairperson for Tororo district.

The Tororo district seat fell vacant early this year following the demise of the district chairperson, Apollo Jaramogi, on January 10, 2017. The councillors in their petition of September 4, which 29 of them signed accused the central government of failing to honour holding a byelection, even after the six months' period of the acting LC5 chairperson

Stella Imukutet expired. New Vision has learnt that some of the councillors from West Budama were willing to return to council, but they have been cautioned by the Tieng Adhola cultural institution not to dare compromise their stand.

However, councillors from Tororo county and municipality argue that the decision by their counterparts from West Budama have taken is an indication that they will never work together. They called on the Government to expedite the process of dividing the district based on the two counties.

Rogers Imailuk, the councillor representing Malaba town council, said it was unfortunate that their brothers and sisters were taking advantage of their numbers to frustrate operations of the council. He appealed to the central government to take stock of this to grant Tororo county its own district. Paul Eredet, the councillor representing Tororo municipality Eastern division, blamed the government for taking long to resolve the confusion in Tororo, which he said is affecting service delivery.

The decision by councillors from West Budama to boycott all council meetings comes after residents of Tororo county resolved not to participate in any election activities until they are granted an independent district as per the 1947 boundaries.