FDC outgoing president Mugisha Muntu (second right) and his wife among other delegates at Namboole. Photos by Ashraf Kasirye 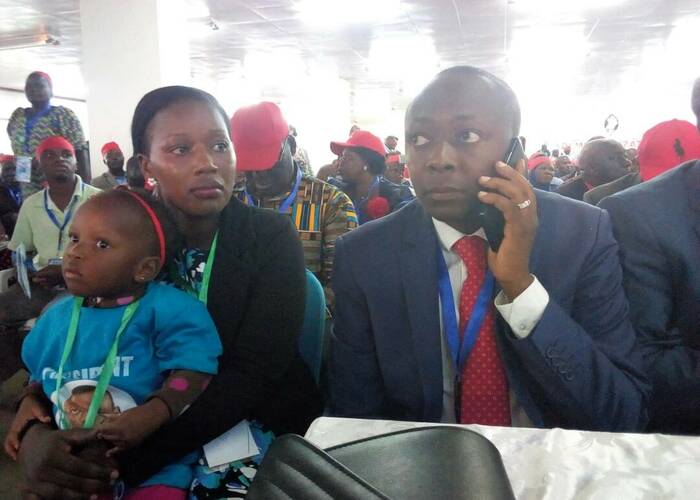 Moses Byamugisha and his wife Rebecca

Muntu promise is on building a strong party with a huge grassroot reach, which he says would assure Ugandans that the party could win and manage power properly. Amuriat, on the other hand, argues that the only strategy to be employed by the party was deﬁance (demonstrations and running battles with the Police). 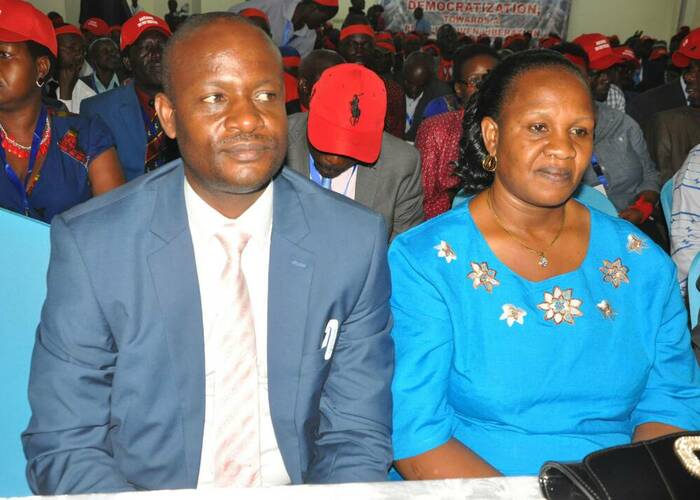 Malcom Matsiko and his wife Ruth Matsiko at Namboole

Muntu campaigned on the platform of: "Building FDC Together", while Amuriat's slogan was: "One Party, One Strategy." 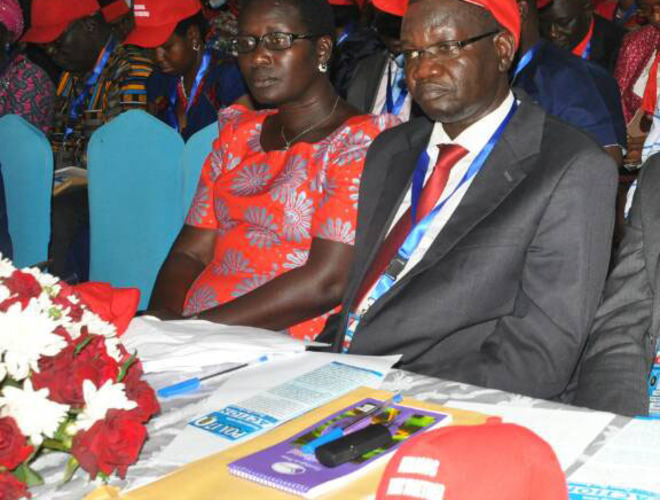 The other two candidates in the race were Daniel Matsiko, a former FDC youth leader and Moses Byamugisha. The candidates vigorously sold their ideas to over 1,000 delegates, who converged at Namboole Conference Hall early morning, despite the heavy rains that pounded Kampala. The hall was ﬁlled to capacity by 10:00am, when the ﬂoor was opened to candidates for ﬁnal campaigns.

A total of 1,209 Forum for Democratic Change (FDC) party delegates will today cast their votes to decide the next party president for the next five years.

However, the race is tight between Muntu and Amuriat. But there have already been counter accusations about plans to rig the elections, between the two factions.

Last week, Caleb Muhangi and Dr Dominic Wakabi, representatives of Amuriat, said 20 of the members on the register are questionable, alleging that they were all appointed by Muntu as the president of the party.

"All these are deputy secretaries at the party head offices who were appointed by Muntu who is also seeking another term of office. The constitution is silent about these people on voting and we wonder how they ended up on the register," Muhangi noted.

The contest between the Muntu and Amuriat has created division among the senior party members with some criticising Muntu's diplomatic approach towards several issues, while those supporting Muntu are against Amuriat's defiant approach.

The party top echelon has been divided between the top two candidates too, with the former party presidential candidate Dr Kizza Besigye, party secretary general Nandala Mafabi and Joyce Ssebugwawo supporting Amuriat while others such as Ssemujju, Amanya Mushega, Alaso, Maj. John Kazoora and Wandera Ogalo back Muntu.