The Zimbabwean parliament did not have time to vote for Robert Mugabe's dismissal -- because the president had already resigned.

But this extraordinary session served as an outlet for elected officials, who took the opportunity to denounce the excesses of his authoritarian regime.

On this historic Tuesday afternoon, the chamber was not big enough to accommodate all the lawmakers and senators who rushed to initiate impeachment against the former independence hero turned pariah.

After a brief interruption, everybody moved to the Harare International Conference Centre, which was large enough to accommodate all of the officials.

At around 4:45 pm (1445 GMT) Senator Monica Mutsvangwa from the Zanu-PF party, got the procedure under way.

"I move the motion (of impeachment) in my name," she said.

Mugabe showed "serious misconduct", a "failure to obey, uphold or defend the constitution", a "willful violation of constitution" and an "inability to perform his duties", she said.

The senator said Mugabe allowed his wife "to insult and humiliate" vice president Emmerson Mnangagwa and accused him of failing to uphold the constitution by allowing Grace "to threaten to kill" Mnangagwa. 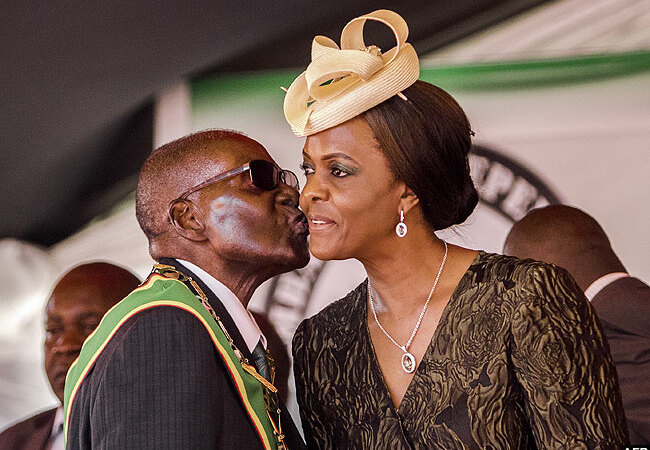 The First Lady conducted a violent smear campaign against her opponent in the race for President Mugabe's succession.

On November 5, on the eve of the eviction of the vice president, she accused him of plotting conspiracies.

Mnangagwa's supporters even suspect that she wanted to poison their candidate -- with ice cream produced in a dairy she owns.

Mutsvangwa said Mugabe allowed his wife to cause "disaffection among the defence forces by making reckless statements".

She said Mugabe must be impeached "because of old age he is unable to represent the state with that decorum and dignity" and needed his wife to stop him stumbling.

"We have no words to justify the so-called First Lady who goes to south Africa (and) beat up a girl," she said. 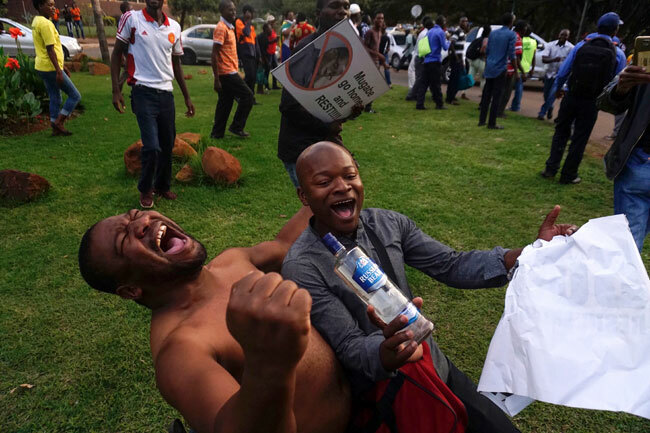 In August 2017, Grace Mugabe was accused of beating a model at a South African hotel with an extension cord. The South African government granted her diplomatic immunity from prosecution.

Jessie Majome, a Movement for Democratic Change (MDC) lawmaker, said: "The president of Zimbabwe is guilty of serious misconduct.

"Everything looks like it has been ravaged by a storm but it is the way we have been governed.

"For the sake of Zimbabwe to move forward his excellency president Robert Mugabe must be impeached."

Priscilla Misihairambwi Mushonga, also an MDC lawmaker, said supported the motion, saying: "This is the man who presided over the murder of people during the land reforms in 2000."

James Maridadi, an MDC lawmaker, said: "Robert Mugabe had become a source of insecurity in this country.

"President Mugabe presided over a crumbling economy. All he was interested in was his personal power," Maridadi said.

Israel and Rwanda share bond of 'pain of genocide'