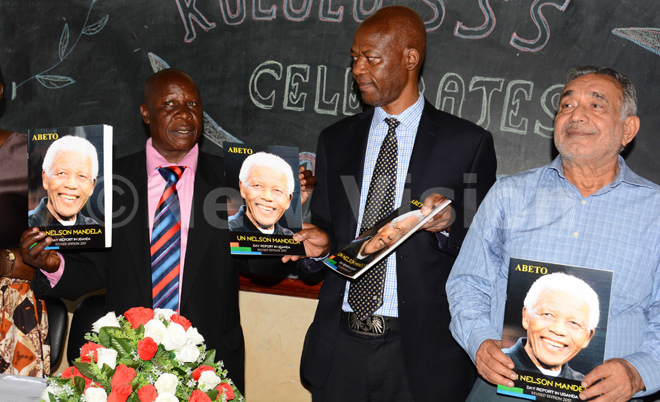 There is need to combat the high rate of girl-child school dropouts due to lack of sanitary towels, the first secretary of South African High Commission  to Uganda, Xolela Nafukuka, has said.

The envoy said measures to provide sanitary pads to girls should be prioritised, emphasising that without education the nation cannot develop.

Nafukula was speaking to students during the launch of the former South Africa President Nelson Mandela booklet organised by Always Be Tolerant Non-Government Organisation at Kololo Secondary School in Kampala.

"The provision of sanitary towels is what we need to ensure that girls do not drop out of school," Nafukula stated.

He reminded the audience how Mandela, the former world icon and Nobel Prize laureate treasured education saying this legacy should be maintained worldwide.

"We cannot deny children the right to education. If you want to develop the nation," he said. 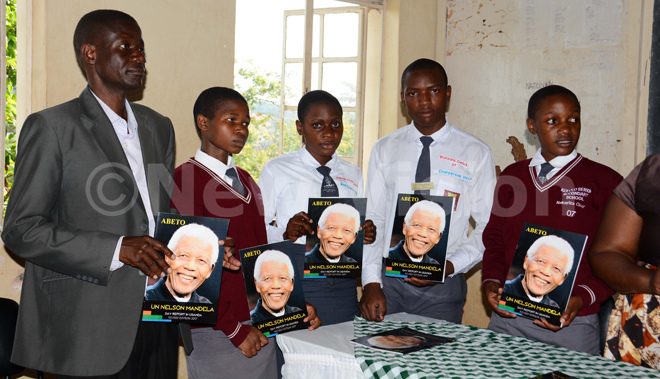 Students of Kololo Secondary School and their teacher displaying the books

The envoy informed the audience that South Africa and Uganda have greater ties because the latter supported the former in the liberation struggle against the Apartheid.

He appealed to students to value education and emulate the character of the former celebrated world leader who advocated for peace and tolerance.

Nafukula also noted that because of the bilateral relations his country has with Uganda, the country should take advantage of the tripartite trade agreement to trade with COMESA, SADAC and EAC to enhance economic development.

"In order for economic and political integration to succeed we need to be united," he stated.

On exchange programmes between the two countries the envoy emphasised that it will continue to strengthen it in order to promote education.

Angella Naddamba, an official from the education ministry who represented the director of basic and secondary education Robinson Nsumba Lyazi, said the launch of UN Nelson Mandela booklet was timely and in line of the ministry strategic plan.

"Our role is to enhance quality education which includes peace and tolerance," Lyanzi stated.

The director appealed to students to imitate Mandela for promoting peace despite being jailed for 27 years in prison.

"The name Nelson Mandela evokes memories of a peace crusader. The booklet will give good reading to students, parents and teachers so that we can achieve Mandela's dream of freedom for everybody," he said.