Besigye's lawyer asked court to dismiss the case since striking state attorneys did not report to court.

Besigye's lawyer asked court to dismiss the case since striking state attorneys did not report to court.

The case in which Opposition leader Col. Dr. Kiiza Besigye and six others are accused of inciting violence, malicious damage and disobeying the public management order Act in Rukungiri, has been adjourned to February 20 next year.

The chief magistrate of Rukungiri, Julius Kyaka Borere, said he has decided to give a long adjournment, hoping the state attorneys will have resumed work by that date, since they are striking. 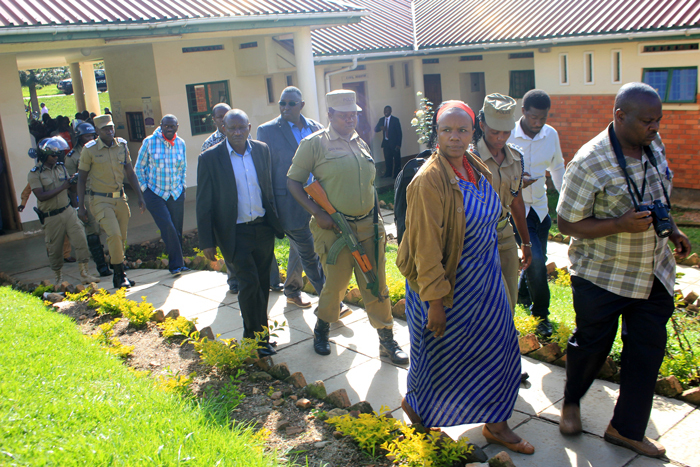 Besigye heading to the courtroom

Defence lawyer, Mark Mwesigye, of Mwesigye & Co. advocate, had asked the court to dismiss the case since the state has not produced any representative in court. 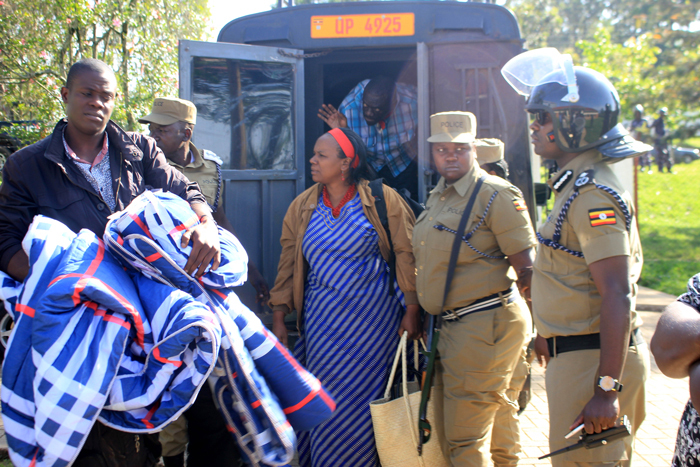 Earlier on, Besigye arrived, together with co-accused Ingrid Turinawe, in a Police vehicle

Magistrate Julius Borere said the three months adjournment will give the state enough time to determine if they are still interested in the case. He said if state attorneys do not show up on the set date with evidence, the case will be dismissed. 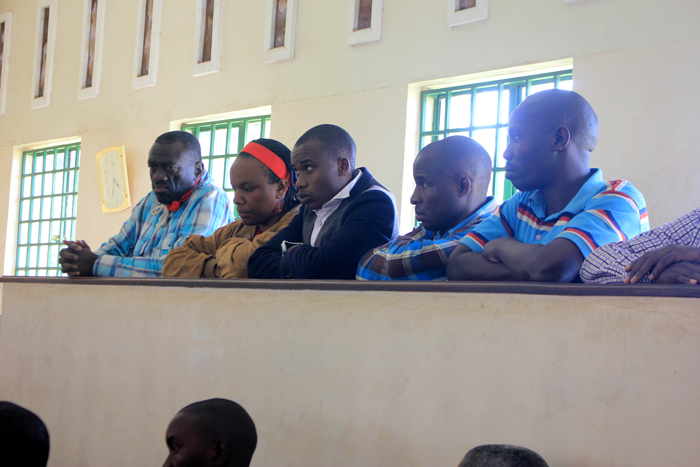 Besigye and co-accused in court in Rukungiri Thursday morning

After adjournment, Besigye, his driver and Ingrid Turinawe were whisked off in a Police vehicle to an unknown place.

It's alleged that they have another case to answer in Mbarara. However, they were detained in Kabale and Rubanda respectively before they were brought to court in Rukungiri.