Redstars emerged champions in the men’s category after beating Makerere

Sarah Nkonge inspects teams before the final of the Nkonge Cup at Kampala University campus in Ggaba. Photo by Johnson Were

Redstars emerged champions in the men’s category after beating Makerere

While handing over the trophy Sarah Nkonge lauded Makerere and Kampala universities for promoting sports in their institutions and netball in particular. 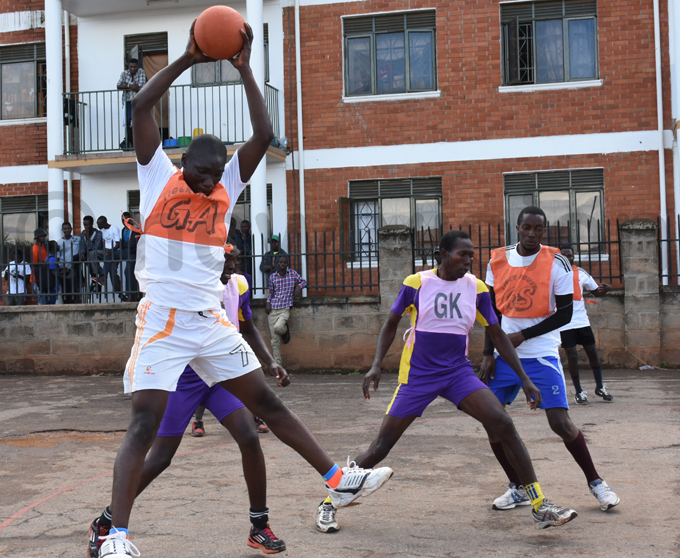 A Makerere player receives the ball during the game against RedStar. Photo by Johnson Were

Redstars emerged champions in the men's category after beating Makerere and drawing with Kampala University.

Nkonge also appealed to corporate companies to support grassroots tournaments so that better talents are groomed and nurtured for stronger national teams.

"Such grassroots tournaments help federations to identify the different talents that form the national team which carry the Uganda flag high in the Commonwealth, All Africa Games and other internationals," Nkonge stressed.

Netball: Police take on in form Prison on Saturday