Residents of Loro and neighbouring areas in Oyam district have pledged to support the age limit Bill that will soon be tabled in Parliament.

They have, however, asked the Government to respond to their demands, which include granting them a district and including the residents on the Social Assistance Grant for Empowerment (SAGE) that gives monthly allowances to the elderly people in the community. 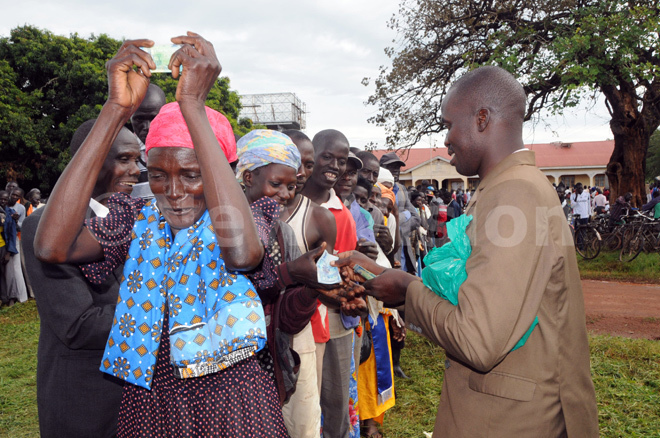 Rose Firida Acheng, 79 said that elderly people in the area feel cheated missing out on the SAGE money, yet their counterparts in other areas were getting the money.

Other demands included more sub-counties; more roads and more projects to enable them generate income to get out of poverty.

Amongi, who was received by jubilating women carrying tree branches said she decided to support the age limit Bill because she wants the NRM government to continue funding more development projects in her area. 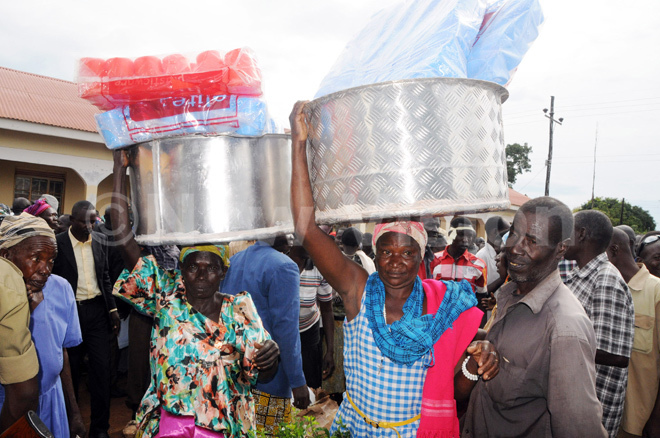 She said if she opposed the Bill, she would risk missing on the many projects she has been lobbying for her area.

She assured the residents that they would get the new district they have been demanding for.

She reminded the residents that the Government had constructed the Karuma Dam in their area, which she said would provide them with hydroelectricity.

She said plans to set up an industrial park in the area were in final stages, which would give jobs to the young people.

"Do not be fooled into entering war with the Government, the decision to remove President Museveni from power will be with your votes, but not this Bill and supporting the bill does not mean you are voting for Museveni to rule for life," she said.

Among used the sh29m money meant for consultations to facilitate residents with transport. She also handed over household utensils to a group of women to boost their income-generating projects.