Watch out for fake goods, says UNBS
Next Story

Police said there was no prior notification that had been sent and thus the rally was deemed illegal.

Police said there was no prior notification that had been sent and thus the rally was deemed illegal.

Opposition veteran Col. Dr. Kizza Besigye applied his warfare skills and beat security to escape a planned arrest move for defying a Police order to leave the venue where a rally had been planned to take place.

Besigye had earlier on refused to leave Kaunda Grounds in Gulu Municipality, despite the Police firing teargas to disperse people who had turned up.

The fracas that started at 3:30pm finally came to an end at about 6:30pm, when Besigye escaped from the scene in company of Ingrid Turinawe, who is the chairperson of the national Forum for Democratic Change (FDC) Women's league.

Police's attempt to block his official car from moving away proved futile after Besigye dashed to an adjacent Prado vehicle where Turinawe was and sped off.

The Police did not immediately notice that Besigye had left the scene and was already heading to Kampala. 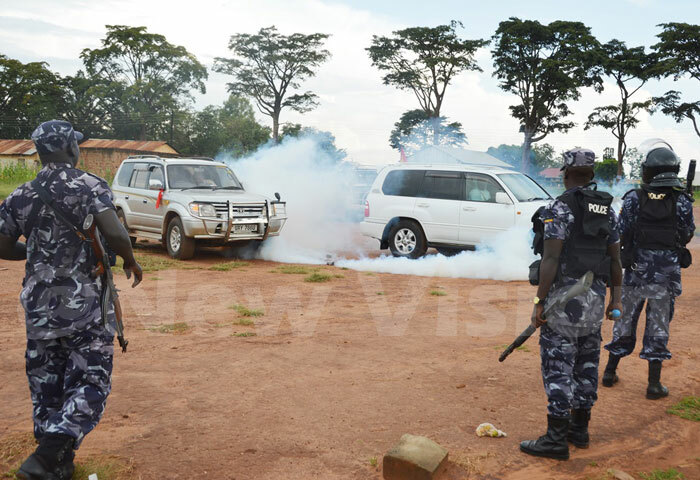 PIC: Cars belonging to the Opposition teargased at the Kaunda Grounds in Gulu 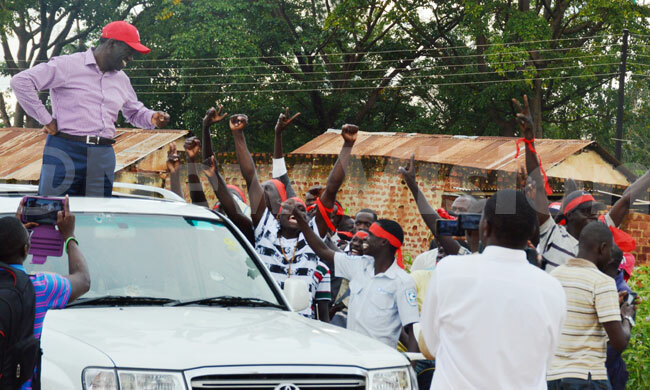 The four time Presidential aspirant was also in company of Patrick Oboi Amuriat, who is contesting for the FDC presidency; Betty Aol Ocan, the Woman MP for Gulu district, and Mubarak Munyagwa, the MP for Kawempe South.

However, the Police blocked the team from addressing Gulu residents as soon as they arrived at the venue on grounds that they had not been informed.

Osteen Wanyama, the acting River Aswa regional Police commande,r told the team that there was no prior notification that had been sent and thus the rally was deemed illegal.

Wanyama ordered the FDC team to leave, but in vain. Besigye kept flashing the party symbol to the chanting crowd standing about 100 meters away.

FDC leaders speak out
Aol said the rally was organised by Amuriat, who wanted to mobilise support for his Party presidency candidature and also consultations on the amendment of the Constitution on age limit.

The MP faulted the Police for paying a deaf ear to their request to hold the rally.

Rebels boosted as Assad forces close in on rebel town