Police came from two goals down to earn a 2-2 with Maroons to maintain their position at the summit of the Uganda Premier League.

The result left Police with 17 points, one ahead of second placed Onduparaka who could only settle for a goalless draw with ten man Mbarara City at Green Light Stadium. 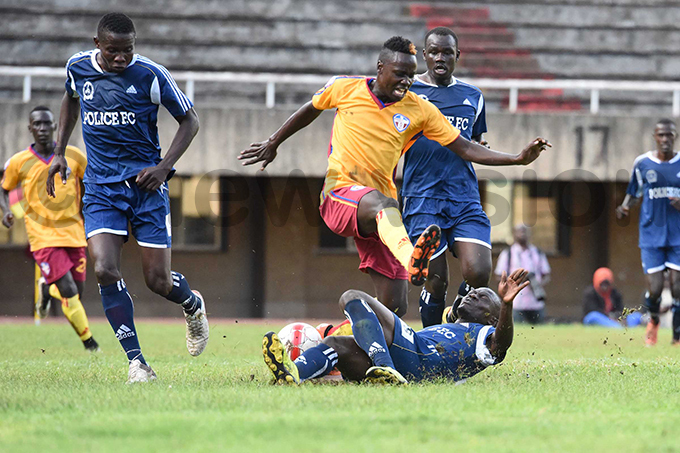 Elsewhere, UPDF lost 1-0 away to Soana at Kavumba Recreation Ground. Willy Kavuma was on target for Soana who registered a second consecutive victory.

In the other game, URA returned to winning ways by defeating basement side Masavu 2-0 in Entebbe.

Before today's victory, the Tax Collectors had gone three games without a win.

Labama Bokota and Henry Kisekka's strikes in the 62nd and 72nd minutes helped URA to only their third win of the season.

At Champion Stadium in Mwererwe, Farouk Banga scored the only goal as Bright Stars edged BUL 1-0.