The deceased has been identified as Eddie Rawlance Alia Acidri, 39, an employee of Alaka & Co. Advocates.

The deceased has been identified as Eddie Rawlance Alia Acidri, 39, an employee of Alaka & Co. Advocates.

PIC: The accident victims were returning home after attending a wedding in Tanzania on Saturday (Credit: Eddie Ssejjoba)

Barely two months after 13 Tanzanian nationals perished on the Kampala-Masaka highway after attending a wedding in Kamoala, one Ugandan has died and three others were badly injured in an accident last night, on same road.

The accident victims were returning home after attending a wedding in Tanzania on Saturday.

The deceased has been identified as Eddie Rawlance Alia Acidri, 39, a resident of Mutungo, Kampala and an employee of Alaka & Co. Advocates, a law firm.

He was traveling together with Afimani Obitre Gama, Gordon Obitre Gama and a colleague only identified as Mark. The three sustained serious injuries and were rushed to Mpigi Health Centre, from where they were transferred to Kampala International Hospital in Namuwongo.

The accident occurred at about 10:00pm. 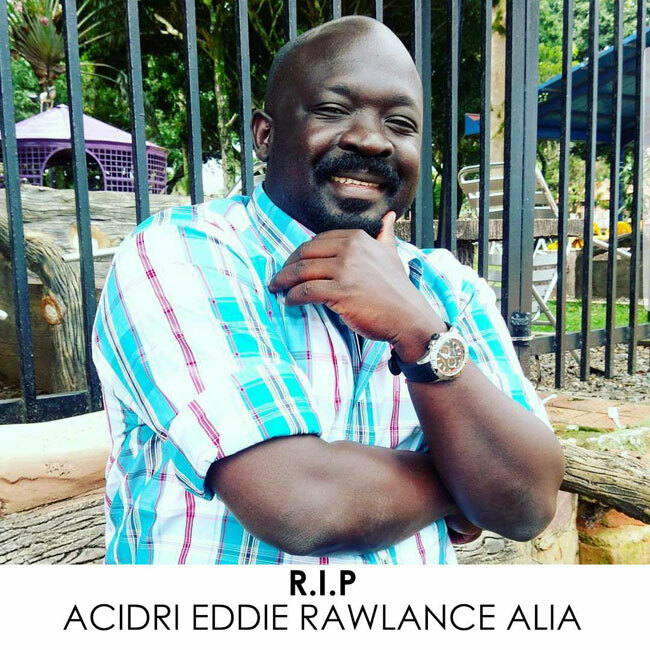 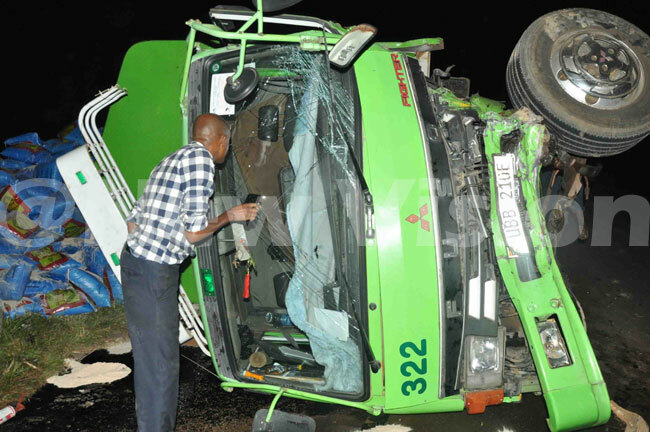 PIC: The Fuso truck is said to have lost control on a dangerous spot before hitting the vehicle that was being driven by the deceased

According to Rogers Anguzu, an employee of MTN and brother of the deceased, the body is still at the the city mortuary in Mulago Hospital, as they worked on arrangements to transfer it to Arua Town, where he will be buried.

Eye witnesses said the speeding FUSO truck lost control in a dangerous spot and swayed towards the side of the oncoming Saloon car, causing the crash.

Acidri was driving car, which was damaged beyond repair.

The Katonga regional police spokesperson, Joseph Musana, said the Police were still investigating the cause of the accident.

In another accident, one driver, John Katongole died on the spot at Kawumba in Mpigi district when sand trucks collided in a junction on Sunday evening.

The deceased was driving a truck registration number UAG 163D and going to load sand in Buwama and met a truck carrying sand, which was being driven by Moses Kiwanuka.