Child killed by malaria in Italy caught di...
Next Story

The Jinja Storage Terminal has got a new lease of life following the Government handing it over to the new government entity called the Uganda National Oil Company (UNOC).

The terminal which can hold 30 million litres of petroleum products including petrol, jet fuel, kerosene and gas has been underused for the last 20 years. It was set up in the 1970s to curb fuel shortages.

John Bosco Habumugisha, the general manager National Pipelines Company (U) a subsidiary of UNOC, said UNOC has the mandate to develop and operate storage terminals and other petroleum infrastructure in Uganda. This was during a function held at the terminal site in Jinja over the weekend. 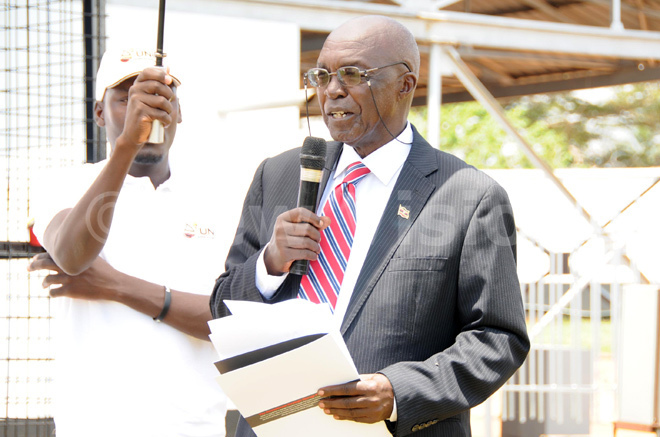 He explained that at the end of May, One Petroleum Limited was selected as a strategic partner to form a joint venture with UNOC to operate the Jinja terminal on a five year basis. He said through the venture they have filled the tanks with 13 million litres which they will sell to local dealers.

He further said the partnership played a role during the Kenyan elections, because 8 million litres of petroleum products which ensured stability in prices in Uganda despite prices rising in Kenya.

"To address the security of petroleum supply we continuously we need additional funding and holding strategic engagements with various stakeholders," Habumugisha said.

At the end of May, the energy ministry decided to hand over the facility to UNOC. UNOC then entered into a joint venture with Kenyan based company; One Petroleum Limited to operate the facility.

Frank Nagimesi, acting chairperson of the board UNOC said it had been costly for the Government to run the facility.

"The Government was required to procure petroleum products to be held as a national reserve in these tanks. The cost of filling these tanks, and ensuring security of these facilities required significant budgets," he said.

"The facility has only been filled a few times in the past. Thereafter, the Government has been managing it with private players, amidst significant financing and operational challenges," Nagimesi added.

Rated Next Jinja auditions: 16 get nod for nationals