GBV rates highest in the northern region at 48%, followed by the eastern region at 41% while Western and Central have 5% and 6% respectively.

GBV rates highest in the northern region at 48%, followed by the eastern region at 41% while Western and Central have 5% and 6% respectively.

Hard times due to breakdown of families in Africa have been described as one of the main drivers of Sexual and Gender Based Violence (SGBV), according to Clemence Byomuhangi, a psychologist.

Byomuhangi said majority of the people have found themselves amidst hardships like lack of shelter, food, and poverty which was not the case when there were strong family bonds.

"African society used to depend on families where everyone would be supported by the family. But now everyone is on their own. Women and men no longer stay home, children are on their own. There are many stressors today. We need to help people psychologically," Byomuhangi said.

Byomuhangi was addressing a recent workshop on "Assessing Implementation of Kampala Declaration on SGBV at Imperial Royale Hotel, Kampala recently.

War
The deputy Chief of Military Intelligence, Col Henry Isoke, noted that armed conflicts in the great lakes region have led to high cases of SGBV.

For more than four decades, the great lakes region has been affected by violence, which mainly affects women and children. 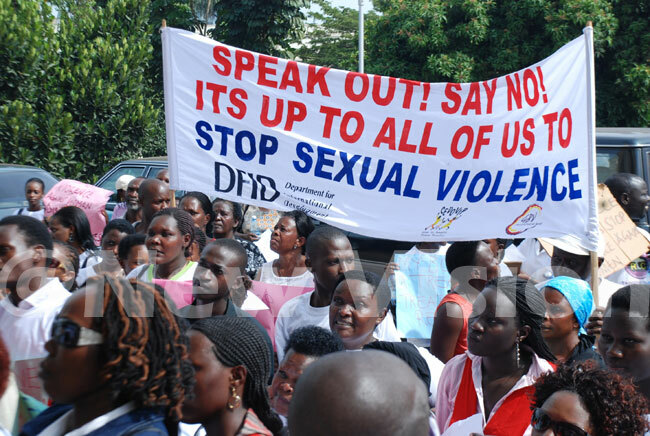 In this period, Isoke says armed groups like Lord's Resistance Army, Allied Democratic Forces, FNL, Mai Mai and M23 have been causing havoc in the region.

"In many conflicts around the world many women and children suffer sexual abuse and violence. They are used as weapons of war, which not only affects them physically, but also psychologically and emotionally," Isoke noted.

He said the Uganda People's Defence Forces is against SGBV and has trained officers against this evil.

"We are a professional army and we believe in promotion of human rights. SGBV should be condemned and if any of our officers is caught, they are punished," Isoke said.

"There is need to help people change attitude. Rape, violence and all forms of abuses against women need to be condemned. Women are being battered, killed and raped and some people blame them for it," she said.

According to the National Gender-Based Violence Database (NGBVD) report 2016, denial of resources, opportunities and services, physical assault, psychological abuse and sexual abuse were found to be the most common types of GBV in their order.

GBV rates high in the northern region at 48% followed by the eastern region at 41% while Western and Central have 5% and 6% respectively.

Ahuura's audio gets him a gig in Queen of Katwe