Brethren, I ask you to resist the pressure from relatives and friends to make your wedding ceremonies a big show.

Brethren, I ask you to resist the pressure from relatives and friends to make your wedding ceremonies a big show.

The visiting prefect of the Catholic congregation for the Evangelization of Peoples, Fernando Cardinal Filoni has asked young Catholics to shun the sub-culture of expensive weddings.

He explained that Christian marriage is a holy vocation, which thrives on mutual trust and fidelity, and not on the financial status of the respective couple.

"One of the serious challenges to the institution of marriage is the highly inflated cost of wedding ceremonies. Brethren, I ask you to resist the pressure from relatives and friends to make your wedding ceremonies a big show. Marriage is a holy vocation to which Christians are called. It is a living communion between God and his people," the Cardinal said. 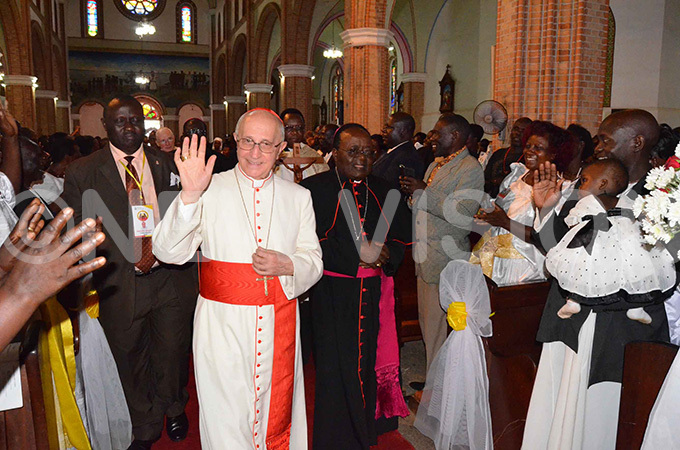 Cardinal Filoni waves to the Catholic faithful as he proceeds to the sanctuary of Rubaga Cathedral with Archbishop Lwanga.

He was delivering his message to the Catholic married couples of Kampala Archdiocese at Rubaga Cathedral on Friday.

Cardinal Filoni later called for the strengthening of the family institution, which he said is the foundation of a strong Church and society.

"The family is the domestic Church. It should be a formation centre, where parents teach their children virtues like love, justice and concern for others. Parents have a positive role in the spiritual formation of their children. So, teach your children the knowledge of God. Have a Bible in your home and endeavor to read it because it is the word of God. It is the duty of parents to create a family atmosphere inspired by the Word of God." 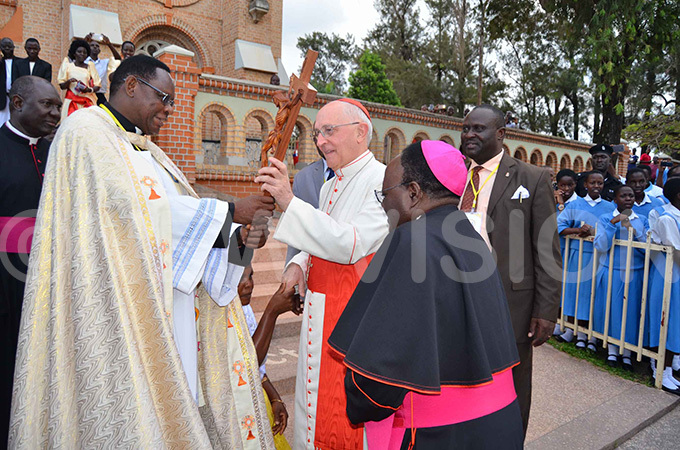 Cardinal Filoni later asked married spouses to know that marriage must have challenges and problems, which they have to overcome with prayer, fidelity and forgiveness. He finally asked them to emulate the commitment to Christian marriage of St Matia Mulumba.

The Archbishop of Kampala, Dr Cyprian Kizito Lwanga also asked the Catholic married couples to always remember that marriage is permanent. He also asked them to be faithful to the vocation and also, to exercise positive parenting.

Earlier during the function, the head of the married couples in Kampala Archdiocese, Augustine Ssekibuule delivered a report, in which he highlighted several challenges that the married couples faced. He mentioned domestic violence, alcoholism, poverty, permissiveness and secularism as some of the biggest problems that make it difficult for spouses to sustain their marriages. 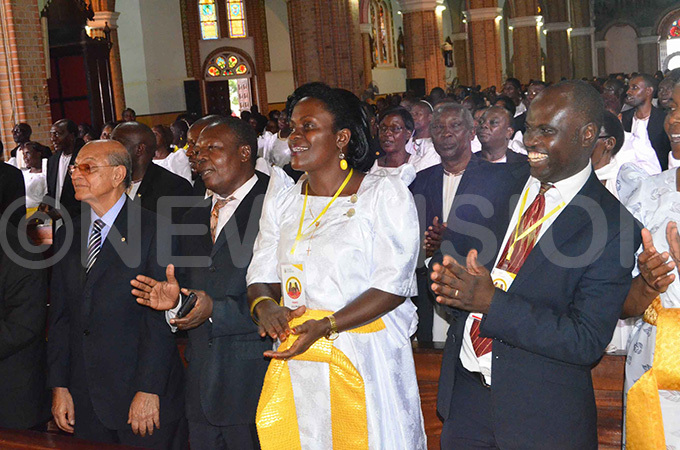 Some of the Catholic married couples that graced the function singing

The function was also graced by the Archbishop of Tororo, Emmanuel Obbo and the Bishop Emeritus of  Lugazi, Dr Mathias Ssekamaanya. 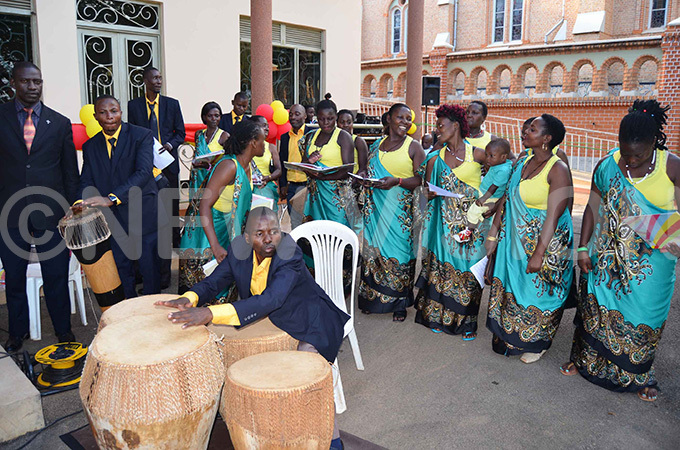