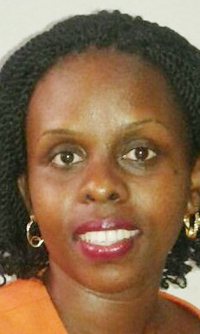 The introduction of mobile banking in Uganda set expectations of overall improvement in customer experience. Mobile banking would ensure that customers spent less time in the bank since the queues would be significantly reduced. Customers would also enjoy convenience in transacting from wherever they wished.

Unfortunately, both adoption and use of this channel have been slow. Long queues are still a common sight especially at the beginning of the school term when school fees have to be paid, and at the end of the month when salaries are usually paid out.

My colleagues and i conducted a survey to understand why customers continue to queue up at banks, as seen in this photo when they can use mobile banking. The survey pointed to a number of reasons. In this article, we discuss three reasons that found frequent mention - high transaction costs, unreliable systems, and preference for human contact.

Customers interviewed said they preferred queuing up because they considered the transaction costs to be too high. 28-year-old Birungi, one of the respondents explained: "For us to deposit UGX 20,000 on our account using mobile banking, we have to incur a charge of UGX 900. This is too much for such a small amount". The banks do not charge Birungi or other customers like her for over-the-counter transactions, especially while depositing money. It is natural that they opt to queue up instead.

Elyjoy, et al, 2013 indicate that the financial cost is likely to directly influence the customer's decision to use mobile money and banking services. Banks, therefore, need to price mobile banking services in such a way that they are able to meet their operational costs while making deliberate efforts to ensure that mobile banking remains an attractive option for their target market.

Cases of transactions failing and monies not being credited also affect the continued use of the mobile banking channel. We spoke to one of the customers, Wamala, who complained, "three months ago, I used the mobile banking option to send money to my account. It was never credited. I followed up with the branch manager and he said it would be sorted. Even today, my account has not been credited." We talked to the branch manager, who informed us that he had tried in vain to follow up with the staff in charge of alternate banking channels. As a result, he had decided to advise customers that it was best if they transacted at the branch in case they faced such challenges.

Other customers interviewed indicated that they had, on several occasions, tried to deposit money into their accounts via mobile banking, but were unable to complete the transaction. They kept getting error messages that read: ‘Connection problems or invalid MMI code'. We confirmed this when we tried to send money via mobile banking to one of our bank accounts for three days in a row without success.

Studies have shown that reliability of the system increases customer confidence and chances of repeat use. Over the years, major networks like MTN and Airtel that have partnered with banks to deliver mobile banking services have devoted resources to minimise system downtime with significant success. However, occasional (and often extended) system down times that affect the convenience of accessing one's account do negatively impact the customer's confidence in using alternate banking channels.

From the survey, we observed that older customers were more comfortable transacting at the branch. This can partly be explained by the fact that we drew respondents from a bank whose major clientage is on average over 40 years old. They indicated that they preferred to physically hand over their money to a teller because it is the only way they could be sure that the money has been deposited.

In addition, while at the branch, the respondents could easily engage with the bank staff in case they had any issues with their accounts or required clarification. One of the respondents explained that every time he used mobile banking, he had to go to the branch to confirm that the money had actually been deposited. To him, therefore, this was double the effort and it was best if he actually transacted at the branch.

A publication by Webber, (2016) noted that while younger people prefer digital solutions, the older ones opted for person-to-person contact. It is therefore important that banks maintain human interaction until when their customers can comfortably transact without it.

Mobile banking is a relatively new concept in the Ugandan market. Banks offering this service, therefore, ensure that customers can access the service with minimal challenges. Firstly, banks should price the transactions conducted over mobile banking competitively, so that customers are attracted to use them.

They should also address in a timely manner the technical challenges related to system-failure that often lead to uncredited monies. This can be achieved by ensuring that an efficient complaints resolution mechanism is in place.

The need for physical contact, which is partly precipitated by the low literacy levels and minimal familiarity with technology, can be addressed by ensuring that a simpler and more user-friendly interface is designed. These efforts can be supplemented by actively informing customers about toll-free lines that they can call should they need further clarification.

There is little doubt that mobile banking will create a pleasant banking experience for Ugandans. The banks, however, need to ensure that they address the challenges that may hinder usage of the service.

Writer is a financial inclusion consultant at MicroSave