Zakayo will turn 54 on Friday. Photo by Julius Luwemba

To commemorate the day, the Uganda Wildlife Education Centre (UWEC) formerly Entebbe Zoo, has organized several events which begun this morning with a procession through the town and tree planting.

"We expect a big turn up of over 1,000 school children who will sign a conservation pledge. We shall also have educative talks on chimpanzees, art exhibition, music dance and drama from different schools," said Isaac Mujasi who is in charge of marketing at UWEC on Wednesday. 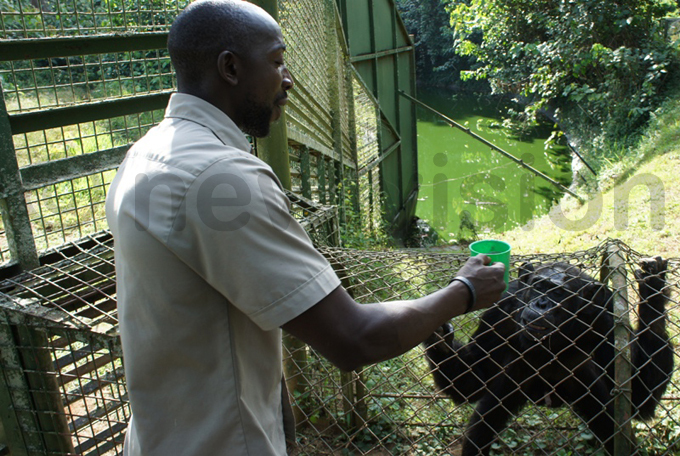 The day will climax with Zakayo and his family cutting a cake.

UWEC executive director James Musinguzi revealed that on 10th June, 1964, Zakayo then aged 1 was rescued in Bundibugyo by an unnamed white man who kept him for thirteen years.

He was later surrendered to Entebbe Zoo in 1976.

Zakayo was the alpha male from 1976 to 2011, when he ceded power to a younger chimpanzee named Matooke who was later toppled by another named Aluma. 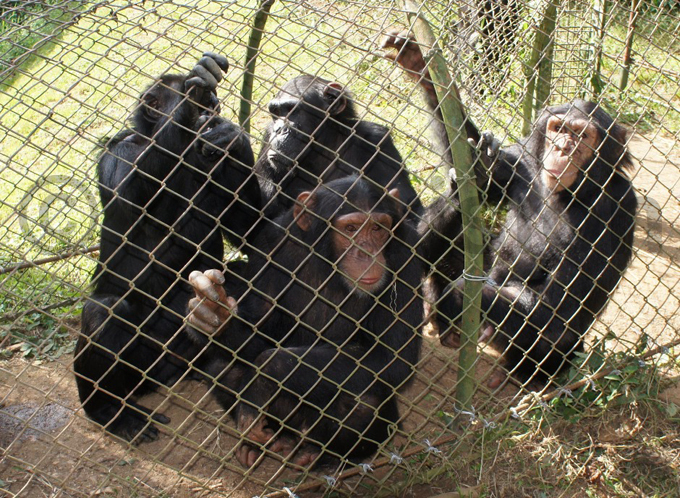 Some of the other chimpanzees at UWEC. Photo by Julius Luwemba

Although he is no longer the alpha male, Zakayo is still a highly respected member of the 18 strong troop of chimpanzees at UWEC.

Chimps are man's closest living relatives, sharing more than 98 percent of our genetic blueprint. Humans and chimps are also thought to share a common ancestor who lived some four to eight million years ago.

They are social animals which live in communities with their own leaders, parenting skills and knowledge passed on from one generation to another.

Chimps can live for about 45 years in the wild and over 60 years in captivity.

Should farmers wait for MPS to be schooled in cassava science?

Will MPs choose facts over fictions in Biotech debate?