Manufacturers told to form free zones and ...
Next Story

They’ve shortlisted and reviewed some of the biggest progressive jackpot slots in the business!

They’ve shortlisted and reviewed some of the biggest progressive jackpot slots in the business!

Ever wondered how a few million dollars in cash could completely change your life for good?! Well, you must ask these people who won world-record amounts by beating the odds. What's common between them is that they all won these jackpots playing online slots.

If you too wish to win huge jackpots, you must check out the online slots recommended at slot-machines.ca  They've shortlisted and reviewed some of the biggest progressive jackpot slots in the business!

Before telling you about these winners and their jackpot amounts, let's first understand how progressive jackpots work and deliver huge wins! Progressive jackpots are pretty common at the online casinos these days. How they're able to deliver such huge wins is that they connect a single jackpot to many different online casino games, and the jackpot amount continues rising with every bet lost at those connected games. As there are hundreds of thousands of players who play these games every day, the pot amount often increases at a phenomenal rate, sometimes creating the biggest jackpots in the history of the game! The best part about these jackpots is that everyone stands a winning chance, even if he/she is playing with only $ 0.25.

He's a British soldier who won the Mega Moolah progressive jackpot of an amazing £ 13.2 million (or $ 17.2 million) while playing this Microgaming slots game at an online casino on October 6, 2015! Jonathan Hayward hails from Cheshire in United Kingdom, and was 26-year-old when he won the jackpot. He later described that everything felt surreal after he had won and that it took him quite some time to come to terms with it. He upgraded his Fiat Punto and bought a brand-new Bentley Continental GT. Apart from that he availed the best medical treatment for his sick father and took all his relatives on a Mediterranean cruise! You can read the complete story here on this page at mirror.co.uk. 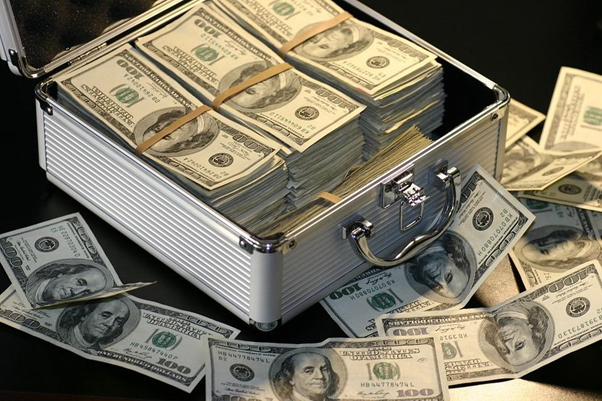 An anonymous man from Finland

This Finnish man in his 40s, whose name is unknown, had bet $ 0.25 and took home a whopping $ 24 million (or € 17,861,800) as the biggest and world record online slot machine win! He was playing at PAF, an online casino website based out of Scandinavia. Later, speaking to the press he said he was laughing and crying at the same time! The jackpot was won on January 20, 2013 while playing a progressive jackpot slot known as Mega Fortune (developed by Net Entertainment). All casinos that are part of the Net Entertainment network and offer their progressive jackpot games, contribute to the jackpot's pool amount. You can read more about his win on this page at worldrecordacademy.com.

Another anonymous man from Norway

A young resident of Norway was completely unaware that playing online slots while struggling to fall asleep on the night of September 24, 2011, he would end up winning a whopping $ 12.58 million (€ 11.7 million) playing Net Entertainment's Mega Fortune progressive jackpot slot. It had set the Guinness world record for the biggest jackpot pay out through an online slot game at that time.