FUFA's appeals committee to meet over Shab...
Next Story

Two cars up for grabs in Airtel-FUFA football awards

Fans will vote for the Male and Female Players of the Year.

Fans will vote for the Male and Female Players of the Year.

Uganda football fans get another opportunity to choose their own best players before the third edition of the Airtel-FUFA Awards is held at the Speke Resort Munyonyo on December 1.

The fans will, through their mobile phones, vote for the Male and Female Player of the Year as the main categories of the third edition of the awards.

Just like last year, the male and female players of the year from the Uganda Premier League and FUFA Women Elite League will walk away with a car each, in addition to a $5000 (sh18m) fully paid trip to Dubai and Mombasa respectively for both players courtesy of new co-sponsors and travel agents Round Bob. 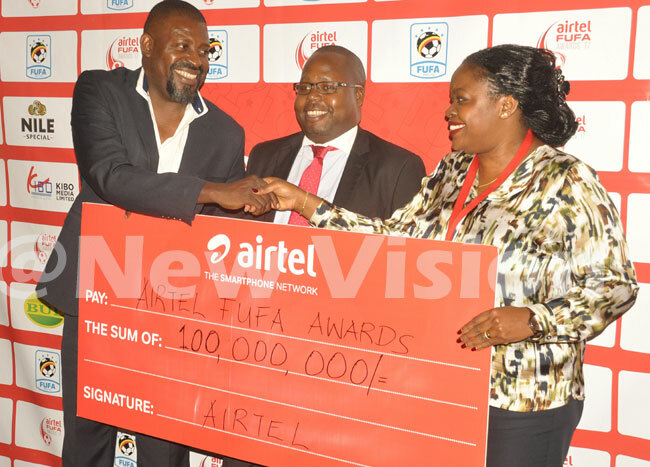 Last year's female player of the year, Kawempe Muslim and Crested Cranes striker Hasifah Nassuna is back on the nomination list alongside Olila High School's Vanessa Karungi and Fazila Ikwaput who also plays for the national team.

The nominees were released during a press conference at Serena Hotel attended by the Chairman Airtel FUFA Awards Committee chairman Denis Mbidde who was in the company of FUFA's Deputy CEO Humphrey Mandu, Marketing and Communications head Rogers Byamukama and Marketing Director Esther Musoke.

NIC announced a cash offer of sh10m, with BIDCO and Ecobank chipping in with sh5m each, in the sh250m awards that have 11 categories that will be voted for by the public through SMS.

The MVP's in both categories were nominated by all the 16 coaches of the 16 clubs playing in the Azam League while the nominees from the other categories will be announced when the voting is completed, apart from the presidential, coach and referee of the year.

Mbidde told the media that apart from rewarding Excellency, the intention of the awards was to ensure many different players are recognized for their efforts.

"All the previous winners of the award have gone on to achieve more and we would like to see many more scale bigger heights," Mbidde said, citing Farouq Miya and Joseph Ochaya's professional moves. The MVP's will have to be locally based players because we would like to see local talent develop," Mbidde added.

Airtel's Remmy Kisakye commended all the stakeholders for ensuring the continuation of the awards for the third year running.

"We would like to encourage the fans to ensure they vote because most of the awards are determined through SMS. I would also like to commend the organising committee for ensuring the women are also recognized," Kisakye stated.

FUFA's Byamukama said it has been FUFA passion and objective to bring the biggest actors to the limelight.

"This is another opportunity to have the main actors rewarded for their well deserving effort and entertainment," Byamukama said before thanking Airtel and other sponsors for ‘believing and supporting us'

He added that the awards will continue improving to give more value to their partners, adding that all the nominees are all deserving.