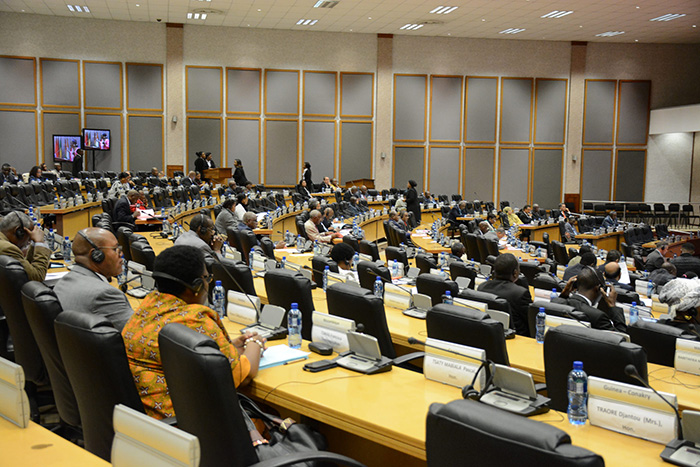 African countries should safeguard reproductive health rights of women by permitting abortion in cases of sexual assault or where pregnancy poses a risk to the physical or mental health of a woman.

Legislators from the Pan African Parliament (PAP) are calling upon African countries that are signatories to the Maputo Protocol to comply.

A statement from Ugandan Parliament said they also urged States to decriminalise abortion by reforming their laws.

The chairperson of the permanent committee on health, labour and social affairs, Zalikatou Diallo, said that unsafe abortions was one of the five leading causes of death among women and girls in Africa.

Diallo singled out East Africa for having the highest maternal deaths at 18% in Africa due to unsafe abortions.

She was presenting to MPs advocacy toolkit for strengthening the legal and policy frameworks for safe and legal abortion in Africa.

The MPs, including Jacquiline Amongin (Ngora Woman) and Anifa Kawooya (Sembabule Woman) were attending the Fifth Ordinary Session of PAP in Midrand, South Africa, on Tuesday.

"There is a link between the high maternal mortality and morbidity rates with restrictive laws and policies on abortion and where legal abortion services are not available," Zalikatou said.

She cited an example of Ethiopia where before the legal reforms, 32% of maternal deaths were related to unsafe and clandestine abortions but after reforms in 2005, maternal deaths reduced to less than 10%.

Abortion, being a highly sensitive and emotive matter, solicited varying reactions from MPs.

Amongin suggested that the MPs should instead look to the Abuja Declaration to address the health challenges of the continent.

"While Uganda is among the 37 countries that have ratified the Maputo Protocol, it signed with reservations, so our national laws will take precedence on abortion," she said.

"We are a God-fearing country and it's only God who gives life and terminates it.  Instead of us legalizing abortion, we should struggle to ensure that we adopt the Abuja Declaration and allocate 15% of our national budgets to health," she said.

Kawooya informed the legislators of Uganda's position on abortion, saying that whether safe or legal, in the African context, the practice is frowned upon.

"I am a strong advocate for women's rights but when it comes to abortion, I have very strong reservations. This is an area where we need deep thought. I want to disassociate myself and my country, from this advocacy tool," she said.

"Maternal mortality is not just due to unsafe abortion. Any pregnancy is considered a risky pregnancy. What we need is quality healthcare to reduce maternal deaths," said Safia Elmi Djibril from Djibouti.

She said countries need to focus on improving health care and accessibility to health services to address maternal mortality and morbidity in Africa.

The Protocol to the African Charter on Human and Peoples' Rights on the Rights of Women in Africa (Maputo Protocol) Article 14(2)(c) requires State parties who have signed the Protocol to take all appropriate measures to protect the reproductive health rights of women, including by authorizing abortion in cases of sexual assault, rape or incest, where the life or health of the pregnant woman or the life of the foetus is at risk.

The African Commission on Human and Peoples' Rights in its guidelines to countries said, in interpreting the provisions of Article 14(2)(c) of the Protocol, "health" means "a state of complete physical, mental and social wellbeing and not merely the absence of disease or infirmity." In other words, the Protocol takes the holistic understanding of health as grounds for an abortion.

Uganda, Kenya and Cameroon are some of the countries that have ratified the Maputo Protocol with reservations on Article 14(2)(c) thereby excluding themselves from the obligation to implement abortion related provisions of the Protocol.

Ethiopia, Cape Verde, Mozambique, South Africa, Tunisia and Zambia were identified as countries that have progressive reforms in their legal frameworks and permit abortion on request in the first three months of pregnancy. The Zambian law was touted as significant because it allows abortion on socio-economic grounds.

With the Maputo Protocol already operational, it is now up to States to implement it in entirety or with those reservations as indicated in their ratification instruments.

The fourth ordinary session of the PAP is taking place from October 9-20 in Midrand.