MENU
AROUND UGANDA: News from across the country
Previous Story

Besigye wants UBC to be penalised over dis...
Next Story

Lumumba said what is happening in Uganda today is akin to a mid-life crisis, a stage that can be easily overcome without fighting over political stalemates such as removing age limits

Lumumba said what is happening in Uganda today is akin to a mid-life crisis, a stage that can be easily overcome without fighting over political stalemates such as removing age limits

Controversial Kenyan lawyer and political commentator, Patrick Loch Otieno Lumumba, has urged Ugandans not to fight over the proposal to amend Article 102 (b) to remove age limits, saying that political actors need to discuss the matter amicably.

Lumumba, who was yesterday giving a keynote address at the Dr Obote Milton Obote Memorial Lecture at Kampala Sheraton Hotel, said what is happening in Uganda today is akin to a mid-life crisis, a stage that can be easily overcome without fighting over political stalemates such as removing age limits.

"Age limit is midlife crisis which can be resolved by discussions and not fighting," he said, advising that the wisdom of democracy lies in respecting opponents.

Igara West MP Rapheal Magyezi has proposed the amendment of the constitution to remove age limits for the President and other top local government positions.

Lumumba also criticised the emerging rise of negative ethnic nationalism that is clogging states in the region, especially Kenya.

"The rise of negative ethnic nationalism and narrow ethnic identities are becoming prominent. Africa is losing its place at the dinner table of human civilisation not as waiters or food but as dinners," he said, rooting for the East African Community. 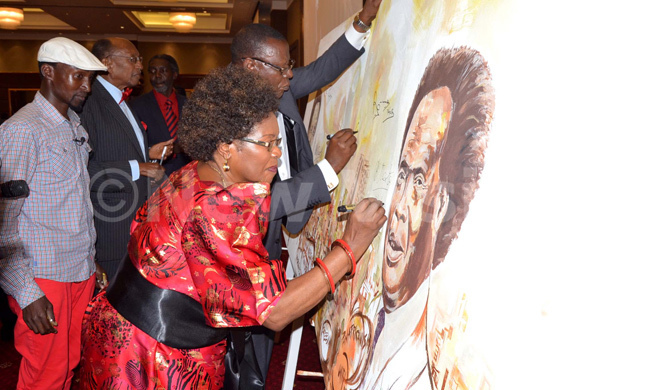 The idea of an integrated East Africa Community, Lumumba said, was crafted by Obote, Jomo Kenyatta of Kenya and Julius Nyerere of Tanzania, to among other things propel unification of people with similar attributes by uprooting colonial borders.

"As we talk about East African, we must remember that it was the departure of Obote that led to the death of EAC," he said, reminiscing what he called the golden days of the East African community, where citizens of Uganda, Kenya and Tanzania would use one currency, travel without border check points and study and work anywhere in East Africa without challenges.

Lumumba said when President Idi Amin overthrew Obote in 1971, the other leaders in the region found it hard to work with the new leader, hence the demise of the East Africa Community federation.

Lumumba also thanked President Yoweri Museveni for following into the footsteps of Obote, Nyerere and Kenyatta on the issue of reviving the East African Community.

He however, said: "You (Museveni and the other East African current leaders of Kenya, Tanzania, South Sudan, Rwanda and Burundi) are doing nothing new, but you are doing a good thing of following into the footsteps of Obote, Nyerere and Jomo Kenyatta.

"Western democracy is under scrutiny as being divisive and confrontational.  It is not age, tribe, but the content of your character." 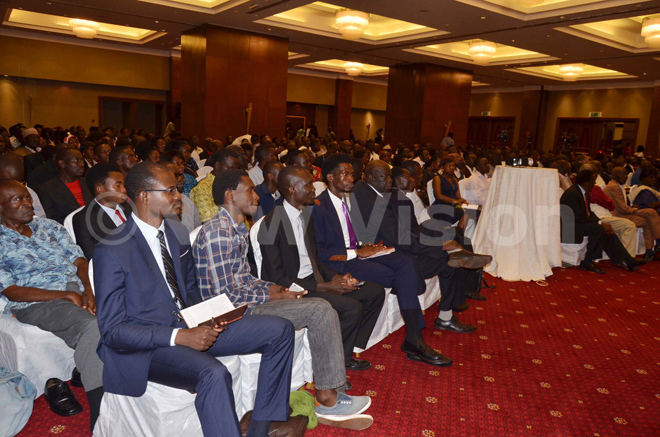 Prof. Mwambutsya Ndebesa of Makerere University, who discussed Lumumba's keynote speech, also rooted for Pan-Africanism as the only sure way of avoiding being swallowed by the advancing threats against Africa.

"We need Pan Africanism. We have no alternative other than coming together," he said.

Mwambutsya, however, warned against intra administrative divisions that he said directly undermine the motive of the East African federation.

"As we are hoping to have East African federation, we are getting divided into smaller districts," he said.