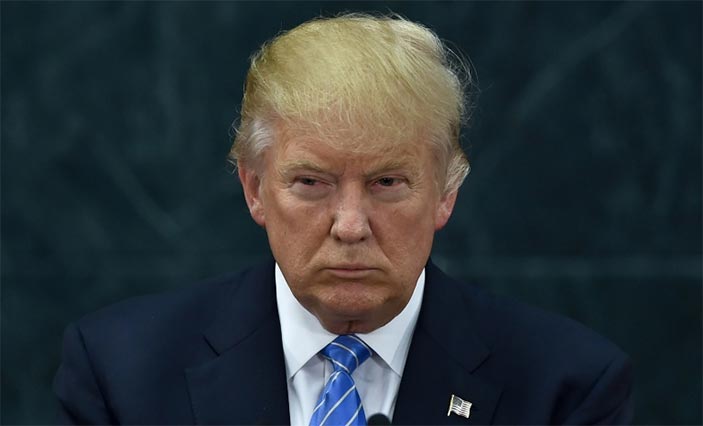 MIDRAND, SOUTH AFRICA: The Pan African Parliament (PAP)has expressed shock with the decision by the United States to ban Chadians from entering the US and has adopted a motion calling for the immediate lifting of the travel ban.

The motion, which was moved by Hon. Sekou Fantamadi Traore (Mali), expresses solidarity and unwavering support of PAP to the government and people of Chad and calls on the US to rescind its decision to include Chad on the list of countries whose citizens are not allowed to travel to the United States.

In March this year, the US issued the Executive Order, which came into effect on 25 September 2017. The ban was premised on grounds that Chad does not share public safety and terrorism related information. This brings to eight the countries with travel restrictions, namely, Chad, Libya, Iran, North Korea, Somalia, Syria, Venezuela and Yemen. The White House called the ban "a critical step toward establishing an immigration system that protects Americans' safety and security."

Meeting in Midrand, South Africa on Monday, 16th October 2017 in its Fifth Ordinary Session, the MPs argued that Chad's commitment to combating terrorism by deploying its defence and security forces side by side with the regions military forces, points to good intentions by the country and therefore does not deserve such high handedness by the US.

Legislators reasoned that the action by the US to impose travel restrictions on Chad is one of many of its interventionist policies on the sovereignty of African nations.

"The US must be disabused of its attitude of making itself the self-appointed police of the world. This ban is testing the resolve of Africa as a continent. It may be Chad today but tomorrow it will be another country," said Hon. Hunadi Mateme (South Africa).

"How about us reminding them to focus on governing their country because since their last election, they are yet to embark on governance; they are still in the election mood. They must also move in step with other countries in as far as human rights is concerned. They preach democracy in their country but kill and main people in other parts of the world," she added.

Just only last week, the PAP MPs had patted themselves on the back for leading a delegation of legislators to the United States and successfully negotiating the lifting of sanctions on Sudan. The African MPs that included Hon. Anifa Kawooya (Uganda) described to the US Congress real life testimonies about the effect of the sanctions on the people of Sudan.

"I will fight for their justice and I call upon all of you, just like we put up a spirited fight in the US Congress in ensuring sanctions on Sudan were lifted, that we do the same for Chad," Hon. Kawooya said.

According to Chief Fortune Charumbira (Zimbabwe) such action by the US is a manifestation of lack of respect by the West on Africa. He said it was improper for the US to impose such restrictions on Chad without the African Union expressing itself on it.

Professor Morris Ogenga Latigo (Uganda) re-echoes similar opinions. "If really there was a crisis, given the status of Chad in it holding the Chair of the AU, the US ought to have consulted with some key countries such that they take a considered decision," he said, "Unfortunately for the US, policies at the moment are being driven by the impulsiveness of President Trump who allows his Foreign Secretary to go to negotiate with Koreans and then tells him ‘don't waste your time'. That is the tragedy of American leadership in the world at the moment."

Legislators said it was a paradox that instead of supporting the efforts made by the President of Chad with his peace and security forces in combating terrorism in Africa, the US president had unfairly imposed sanctions for inexplicable reasons against Chadian people.

In collective approbation, the PAP said the action constitutes a violation of human rights and affects the free movement of people.

PAP President Roger Nkodo Dang said there is a need for Africans to be united and support all countries that are faced with sanctions.