A professor of Missiology at St Mary's National Major Seminary, Ggaba, Fr Dr Benedict Ssettuuma has asked the Catholic clergy and laity to give due support to the Church, to make it self-reliant.

He said that the Church was a missionary institution, but it could not carry out its missionary obligations to the world unless it became self-reliant in terms of finances and personnel.

"Dependency remains a big challenge for us. Training priests in seminaries has become very difficult owing to the prevailing economic hardships. It is very desirable that our Church becomes self-reliant. Let us utilize the vast lands that the Church owns. The Church cannot afford to depend on foreign aid which is increasingly dwindling." Ssettuuma said.

He was delivering his submission during the Catholic Missionary Congress at Pope Paul Memorial Hotel, Rubaga on Wednesday. 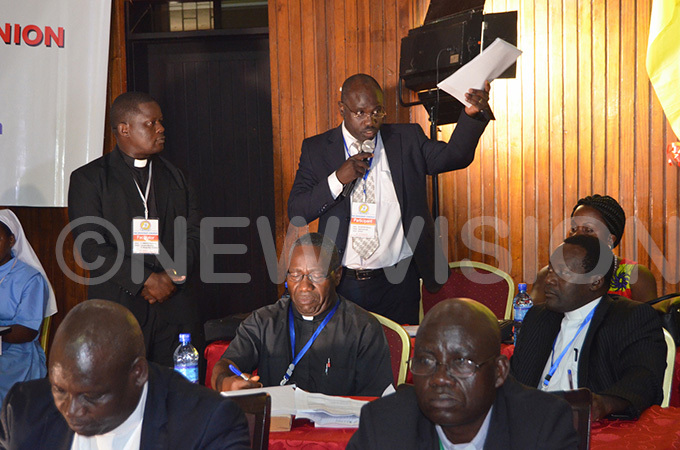 The head of the laity of Kampala Archdiocese Anthony Mateega makes a submission.

"The Catholic Church is missionary by its very nature. All of us have the obligations to share the message of the gospel with others elsewhere in the world. Mission is for all of us; Bishops, priests, the religious and the laity. We need visionary and compassionate leaders, who look at respective situations and deal with them accordingly."

Ssettuuma asked his fellow priests to be ready to go to mission lands if their bishop requests them. He also asked the Catholic faithful to have a positive view of society and the world, like Pope John XXIII, in order to carry out their missionary obligations with absolute success.

Ssettuuma later cautioned the agents of evangelization to guard themselves against evils like simony. He also asked them to us the mass media for effective evangelization. He further called for the improvement of the catechetical methods.

Stars to watch out for at Pearl of Africa Rally