“I request our legislators to do their work with absolute honesty, in line with our country’s motto: For God and my Country.

“I request our legislators to do their work with absolute honesty, in line with our country’s motto: For God and my Country.

The Chairman of the Uganda Episcopal Conference, Archbishop John Baptist Odama, has asked members of Parliament to put an end to the culture of aggression and embrace a new ethos of honesty, self-respect and respect for others.

"I request our legislators to do their work with absolute honesty, in line with our country's motto: For God and my Country. It is a pity to see our honourable members of parliament exchanging blows. Surely, there is no justification for them to do this".

"We need reconciliation in our parliament and also in the country. We need to allow the spirit of nationhood to guide us. Let's be God-fearing people who love one another," said Odama.

He was presiding over the opening ceremony of the Catholic Missionary Congress at Pope Paul Memorial Hotel, Rubaga on Wednesday.

The congress is hosted by the Uganda Episcopal Conference Department of Pontifical Mission Societies (PMS). 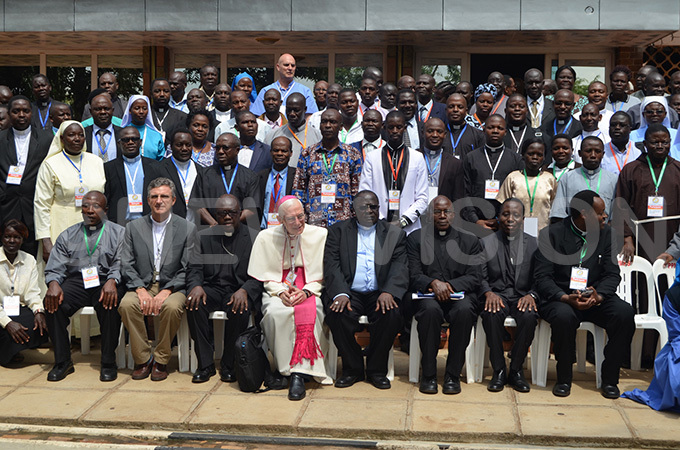 The event is intended to commemorate 100 years of Pontifical Missionary Union (PMU) and 50 years of the Second Vatican Council Decree on the Church's Missionary Activity (Ad Gentes Divintus).

Pontifical Missionary Union is one of the four Catholic missionary societies under the direct supervision of the Pope, whose aim is to promote missionary awareness, prayer and cooperation in the universal Catholic Church.

The congress has brought together 171 delegates from Uganda, Burundi, Kenya, Malawi and South Africa.

The Apostolic Nuncio to Uganda, Archbishop Michael August Blume is also in attendance.

The congress is running under the theme:  Mission Concerns Us All: A Call to Animation and Cooperation (MK16:15). 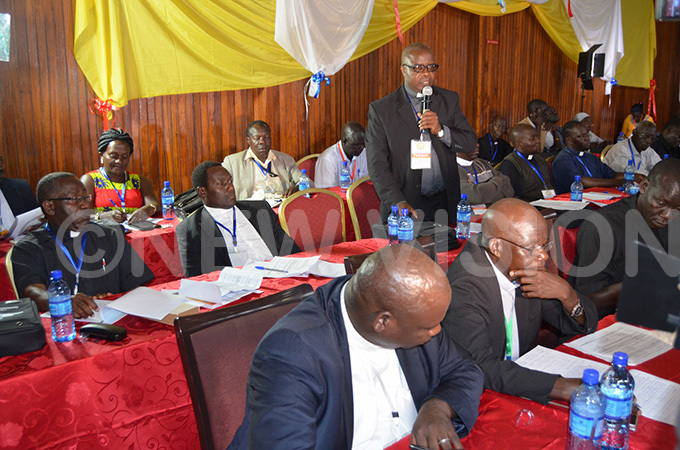 One of the delegates Fr. Emmanuel Kimbowa makes a submission as other participants listen.

Archbishop Odama later asked Catholics to develop a missionary attitude, which embraces the Christian virtues like love, generosity and solidarity and international solidarity.

"The Church by its nature is missionary. It is supposed to spread the gospel of Christ to any part of the world. Our concern as Catholics must also involve people outside our country, who are suffering.  We need to express our faith practically by helping the poor and the disadvantaged, here in Uganda and elsewhere in the world."