Volleyball: We can win the National League - UCU

Volleyball actions return on Saturday with the women and men’s games in the national league.

Volleyball actions return on Saturday with the women and men’s games in the national league.

Winning both the men and ladies category of the UCU open Volley ball championship is an indication that the Uganda Christian University (UCU) Volleyball women team can win this year's national league.

In an interview today,coach Protus Soita told New Vision that in the tournament which ended on Sunday, UCU beat top clubs Sport-S twice in the group stages and in the final, and also beat pre-tournament favourites, Vision Volleyball Camp, in the semi-final 3-2.

"Beating tournament favourites Sport-S in the group stages and VVC in the semi-final gives us hope and inspires us to go for the league because the girls now believe they can win it," Soita stated. 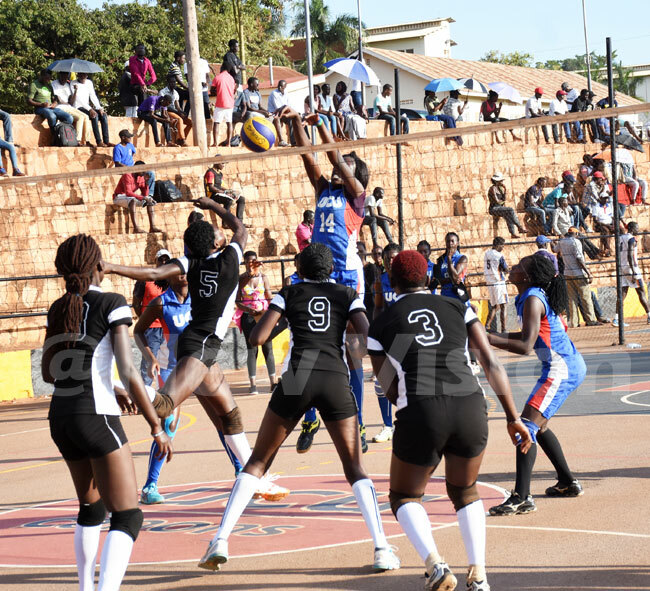 "The girls were resilient. Even when they were trailing a set, they never gave up. That is what gave us today's victory and it is a good motivation ahead of the league games," Soita explained.

In the men's category, UCU still beat NemoStars 3-2 in another tightly contested final.

Nemo starts led 2-0, but lost strength in the third set, giving UCU the opportunity to win two sets to level 2-2 before heading for the decisive that ended 15-8 in favour of UCU.

Volleyball actions return on Saturday with the women and men's games in the national league.