Speaker of Parliament, Rebecca Kadaga talks to MP Francis Zaake at his home.

Calling it a gesture of reconciliation, Opposition MPs have commended the Speaker of Parliament, Rebecca Kadaga, for visiting their homes. Kadaga visited Mityana Municipality MP Francis Zaake, on Sunday at Mutundw, Kampala, where he is recuperating after he was discharged from Rubaga Hospital, Kampala.

The others, whose homes were attacked on October 3, are Makindye West MP Allan Ssewanyana of Lukuli and Kyadondo East legislator Robert Kyagulanyi (Bobi Wine). 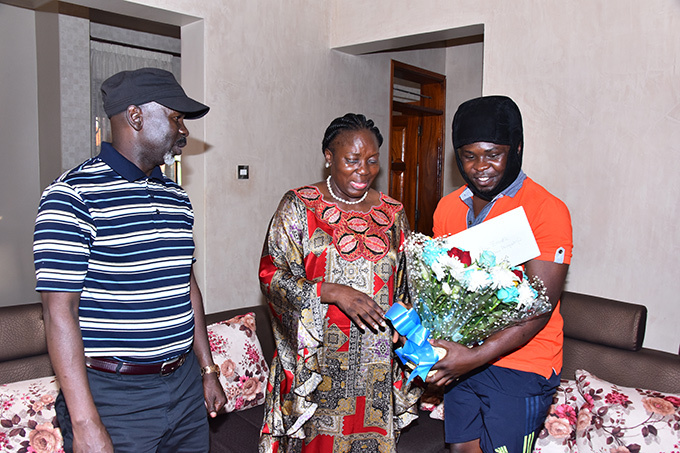 Okupa informed New Vision yesterday that Kadaga would be visiting more Opposition MPs who were either affected by the fracas in Parliament when security operatives ejected MPs from Parliament chambers or had grenades thrown at their homes. 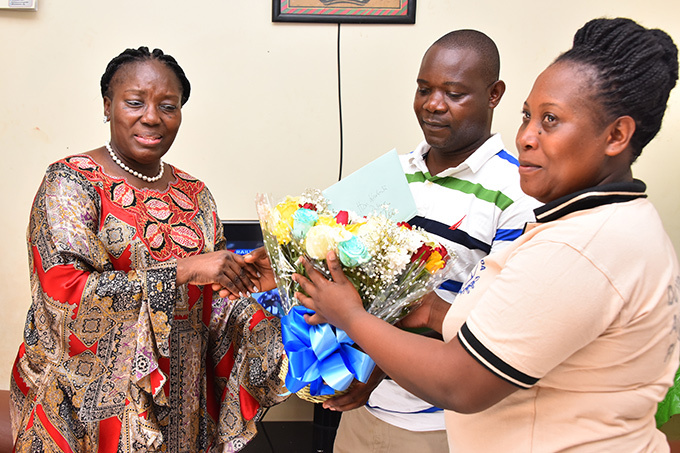 The injured are part of the 25 Opposition and NRM MPs Kadaga had suspended.

Kadaga had suspended the MPs for defying her orders the previous day when they sang the national anthem endlessly to block the tabling of the motion introducing a Bill that seeks to remove the presidential age limit of 75 years.

"I informed her that doctors had referred me to two hospitals in Germany and the US. She promised that Parliament would give financial assistance to me and Nambooze for our treatment abroad," Zaake told New Vision.

"Kadaga has been a source of inspiration to many of us from across the political divide. She attended my constituency victory party as the guest of honour. Our hope in her is not yet gone. From what I observed, there is a possibility of her changing her heart regarding the Bill, which seeks to open the way for life presidency for

President Museveni who has been in power for 32 years," Zaake argued. Moses Kasibante also expressed gratitude that the Speaker of Parliament went to his home.