Government asked to scrap tax on education...
Next Story

MP Kyagulanyi talks to reporters at his home. Photo by Ashraf Kasirye

"These threats have thrown a wave of fear in my family but I'm personally not moved by these threats," Kyagulanyi, aka Bobi Wine a popular musician who turned a politician said.

According to Kyagulanyi, "the three explosive devices were handmade grenades and this follow several death threats. The explosives were thrown near my son's bedroom." A damaged window at Kyagulanyi's home.

"Flash grenades at opposition MPs' homes could be own scare tactics to frame government. There is no record or history of this NRM government killing political opposition," Opondo said.

Kyagulanyi, Ssewanyana and Kasibante are among the 24 opposition MPs who were suspended from Parliament following chaos that mar the presentation of the age limit motion in Parliament last week. 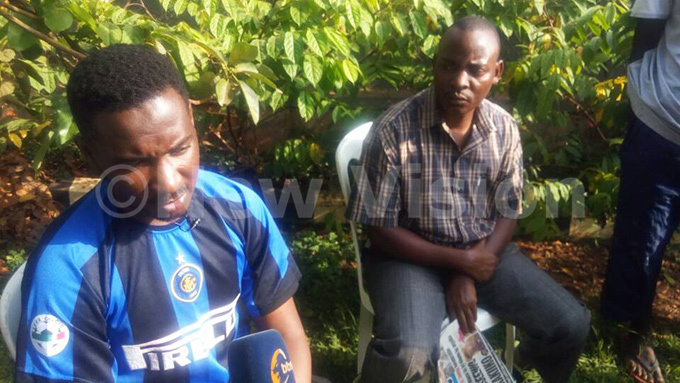 Ssewanyana at his home. Photo by Meddie Musisi

President Yoweri Museveni has lashed out at the Opposition protesting over the tabling of the motion. "I will not allow them to block a legal process," Museveni said.