Police to anti-age limit MPs: We are not partisan

Some National Resistance Movement (NRM) and Opposition MPs have accused Police of being partisan in the ongoing public debate on the lifting of the presidential age-limit.

Ssegona said Lwemiyaga MP Theodore Ssekikubo with his lawyer Caleb Alaka went to the Criminal Investigations Directorate (CID) headquarters in Kibuli, but they were not attended to. 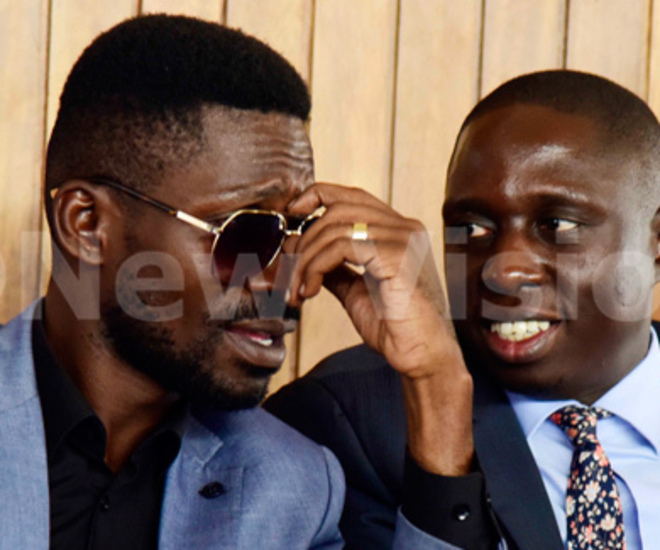 "We have realised that this is just a scheme by Police being used by a few politicians to violate the freedom of MPs and citizens opposed to the lifting of the age-limit.

"They are openly partisan, yet they are supposed to be neutral. How come they have not summoned Evelyn Anite who claimed they have the backing of the army?

"How come they have not summoned Hajji Abdu Nadduli who said whoever wants change of government should go to the bush like they did?" Ssegona asked.

Ssekikubo vowed that after wasting his time at CID, he would not go back.

Makindye West MP Allan Ssewanyana alleged that he received calls from CID intimidating him that he would not be allowed to go to Parliament on Tuesday when the motion for the removal of the presidential age-limit is expected to be tabled.

However, Ssegona and Kampala Central MP Muhammad Nsereko vowed that if any of their colleagues is arrested tomorrow, they would not allow any Parliament business to go on. 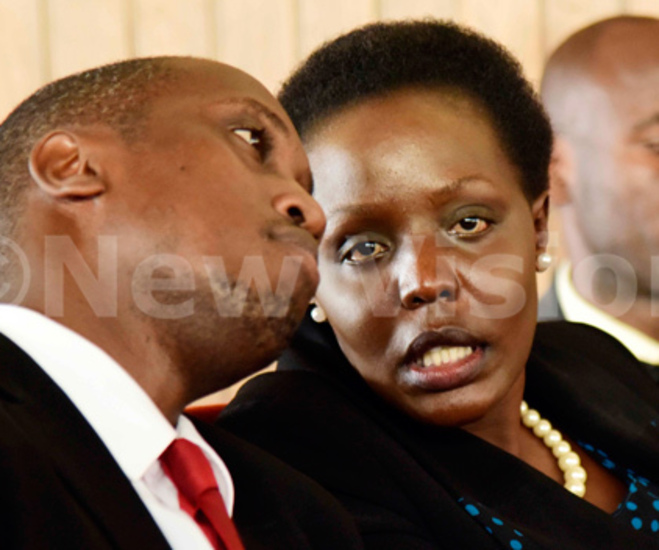 Gerald Karuhanga listens to Monica Amoding during the press conference

Condemning the manner in which Police officers manhandled Lord Mayor Erias Lukwago, Nsereko said the Police has become an instrument for torturing and dehumanising Ugandans.

However, CID spokesman Vincent Ssekate denied the allegations that they are partisan, arguing they investigate on individuals after getting complaints.

"They are not the ones to guide us on how to do our investigations. We could not attend to Ssekikubo today because we were not ready. We were ready for him last week, but he refused to come. We shall issue a warrant of arrest to get him," Ssekate told New Vision.

In the same press conference, Kyadondo East MP Robert Kyagulanyi urged all Ugandans to pressurise their MPs to reject the proposal for lifting the presidential age-limit.