Ugandans were surprised by the number of uses Bamboo grass can be put to. This follows the celebration of World Bamboo Day on September 18, with a 470km bike ride from Kampala to Kisoro.

During the celebrations, cyclists preached the gospel of the new-found raw material, which is only popular for Malewa cuisine in Bugisu and fencing.

While flagging off the eight riders at National Forest Authority (NFA) headquarters, Amos Wekesa, the Great Lakes Safaris Ltd executive director, was positive about the discovery, which he said is likely to salvage the populace from poverty.

"We can now have bike tours on our Bamboo bike made in Zana," remarked Wekesa. "Better still, clients have been hungering for diversity on the menu of attractions in Uganda. This is an addition to our Gorilla tracking, bird watching, scaling Rwenzori, cultural diversity and mouthwatering food." 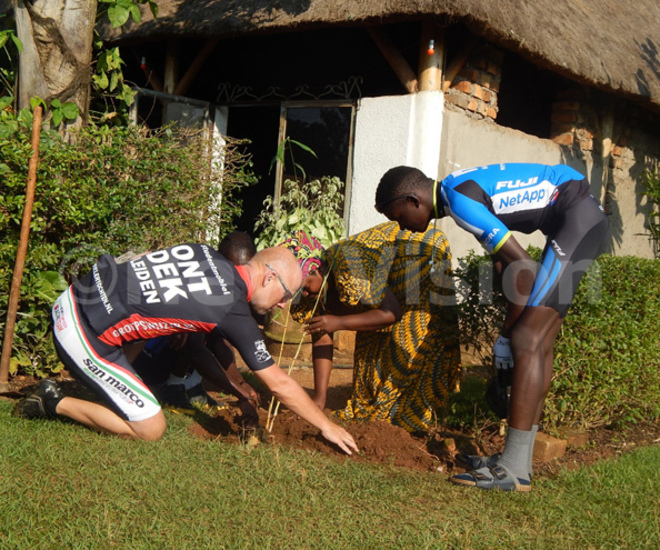 "The frame of the bike costs $400 in the EU which makes it an addition to the estimated $2000 every tourist spends on average while here," he said.

Snaking their way from Kampala through Masaka, Mbarara, Kabale and Kisoro, necks of on lookers were twisted with dismay as they were told the products were crafted from Bamboo.

Many tapped the bicycles Bamboo frames and listened intently to confirm the sound.

Residents on the slopes of Mt Rwenzori that are prone to landslides and suffer s hortage of land for cultivation were cautioned to plant more Bamboo.

"Hoima may have got oil, but Bamboo to Kisoro is gold," Dr Nathan Nshakira told the Batwa community near Ichuya forest.

"You are already familiar with using the reed as a walking stick, building material, utensil to cook and carry water. So you will just add the new expertise to exploit this grass in a new way to mint money out of it."

How MTN revolutionize telephony in Uganda