According to Police’s preliminary investigations, Maviiri is said to have committed suicide.

According to Police’s preliminary investigations, Maviiri is said to have committed suicide.

Panic has gripped Police officers at Namanve Police post in Mukono after a suspect died from cells.

The deceased, Salongo Muhammad Maviiri, a bodaboda rider operating in Namanve, Mukono municipality was arrested on Friday after he got some misunderstandings with his wife.

According to Police's preliminary investigations, Maviiri is said to have committed suicide. The Police say the deceased used a belt to hang himself. 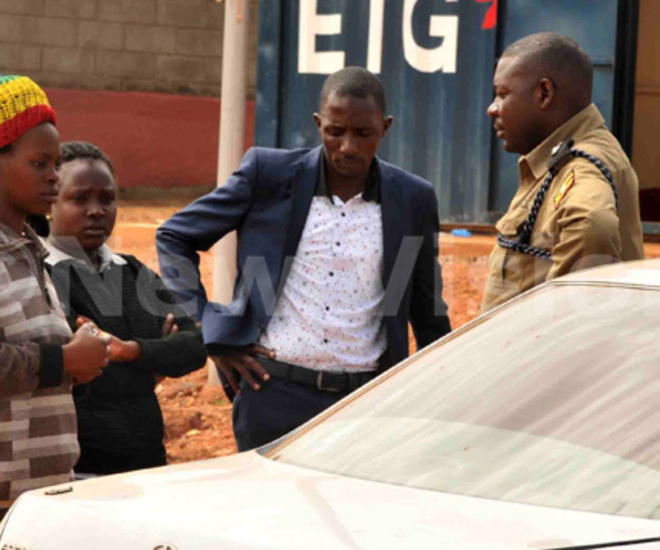 The wife to the deceased (left) talking to Police officers. Right is the DPC Rogers Sseguya

However, while talking to the Mukono division Police commander, Rogers Sseguya, the angry residents rubbished the allegations that Maviiri took his own life, saying the Police officers who executed his arrest, severely beat him.

Paul Lwanga, a resident said the deceased could have died due to torture.

"A suspect is not detained in a Police cell with his belt. How come they say he used his belt to hang himself!" he said.

However, the DPC Sseguya while trying to calm down the residents said he had arrested the Officer in Charge of the Police post, Justus Niyonzima, and the officers who were on duty that night as they carry on investigations.

The body was taken to Mulago city mortuary for a postmortem report.

Boda-bodas are a menace