Nakiwala should smell the coffee or get burnt
Next Story

This is what makes Tooro tick

There is something unique happening at Tooro Golf Club that other clubs across the country don't seem to be taking seriously.

Looking at the top ten fin­ishers of the just concluded Uganda Open, four of the golfers are from the Fort Portal based club.

These include eventual winner Ronald Rugumayo together with Ronald Otile, the runner-up and defending champion.

True, Otile is now based in South Africa but he cut his teeth on the Tooro course just like Denis Asaba and Daniel Baguma who finished fifth and seventh respectively at Kitante on Saturday.

If you have forgotten Otile-this is the 2015 star who, after winning the amateur event, went on to also beat seasoned professionals.

With his South African expo­sure, you would expect Otile to now be invincible.

But the fact that better Tooro talent is being produced in players like Rugumayo, says volumes about Toro's talent development program. 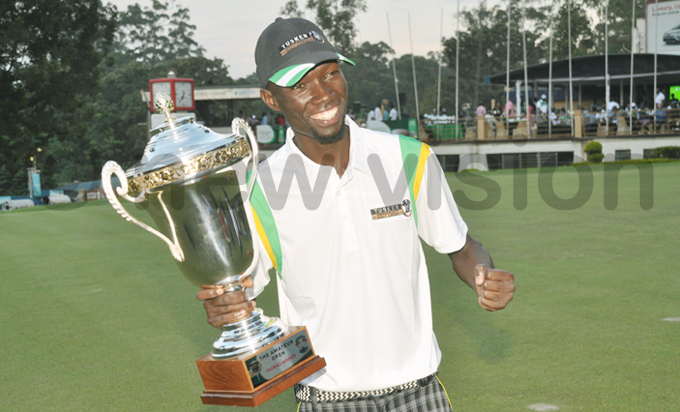 The manner in which Rugumayo outwitted Otile also underlines the depth of Tooro's talent.

Rugumayo came into the spot­light on the third day with the tournament's best score.

He then levelled Otile before emerging supreme in a nerve-wracking play-off.

Is it therefore surprising that the same club also dominates the national team?

So what is it that makes Tooro tick?

I had a chat with club captain Andrew Biryabarema and he told me that they have a serious talent development program.

They have a very active artisan program. Here caddies who show special qualities are given more playing time on the course.

This is a very effective way of attracting talent. Uganda's best golfers Sadi Onito, Deo Akope and Stephen "Tiger Woods" Birungi were all products of a similar system.

Tooro at the moment has 20 teenagers on this program. In exchange for their playing time these teenagers do some work on the course.

Biryabarema assured me that even if the current crop of stars leaves, another even probably better group of Tooro players will replace them.

Talk of continuity. There is a conveyor belt in Tooro that is continually churning out talent.

The way to go is tapping talent as young as possible.

True, Tooro did a great job spotting its army of talent while in their early teens.

But we could take it even a level higher if we are to do even much better. One of the biggest names in the sport- Tiger Woods was introduced to the game at two years.

At eight years he was winning international junior competi­tions. At 21 he was Player of the Year for his performance on the PGA Tour.

How I wish other clubs bor­rowed a leaf from Tooro.

Just imagine a scenario where all clubs were churning out talent at the same frequency.

Does Uganda Golf Union's work stop at organizing events like the Uganda Open or are they also supposed to ensure that the game grows at the grassroots?

PM Rugunda off to New York for UN General Assembly