“Don’t shout for us. Go to the bush and fight if you can. No one sent us to the bush; people just heard that we are in the bush. We didn’t shout for people like these ones."

"They are double dealers!" That is how Hajji Abdul Nadduli, the minister without portfolio, has described a group of religious leaders who have called for  the debate of the lifting of the age limit caps not to be monopolized by politicians, especially parliament.

Nadduli, who was on Tuesday briefing journalists about the need to amend Article 102 (b) of the Constitution, which bars individuals below the age of 35 and beyond 75 years from standing for president, said although it is within their realm to talk about politics, religious leaders should not forget what happened to Janan Luwum, the former archbishop of the Church of Uganda.

"Is there anyone among those religious leaders, who doesn't go to President Museveni? Why don't they refuse the cars that Museveni gives them? This is their chance to talk about politics, but they should not forget that Janan Luwum was killed. Therefore, things are not so easy," he said. 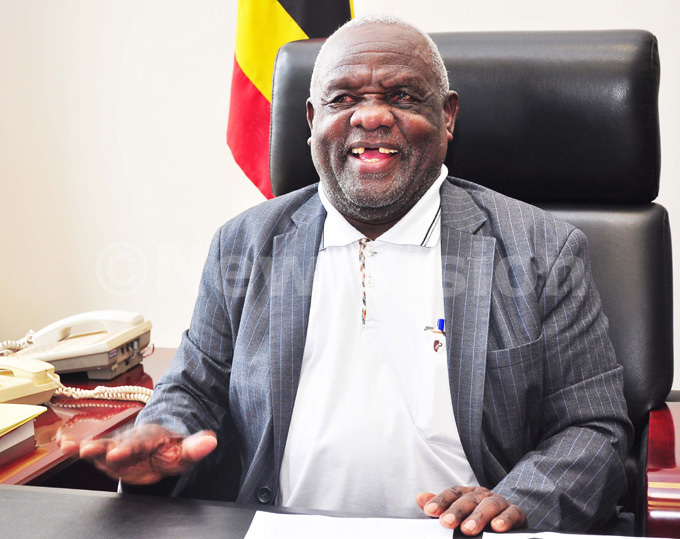 Luwum, who was the archbishop of the Church of Uganda from 1974 to 1977 was arrested in February 1977 and later killed allegedly by officials of President Idi Amin.

On Monday, religious leaders under their umbrella organization, the Inter-Religious Council of Uganda (IRCU), said the removal of age limit for president is a "delicate matter" that shouldn't be monopolized by politicians in Parliament.

Nadduli, who is known as a controversial politician, argues that those people who are shouting slogans against the removal of age limits are "confused and stupid", and that they should read the history of Uganda from 1984 to understand that constitutions right from the 1900 Buganda Agreement have been changed to suit the modern appeals of the changing times.

"Don't shout for us. Go to the bush and fight if you can. No one sent us to the bush; people just heard that we are in the bush. We didn't shout for people like these ones. In 1966, Obote changed the whole constitution and brought a pigeon-hole constitution of 1967 that abolished kingdoms, including that of Buganda.  If it is a living person, Obote killed the whole human being. But people are shouting because of Museveni who just wants to cut the finger!" Nadduli said.