Menstruation doesn't mean a girl is ready for marriage - Museveni

“In the past, many young girls in the old African societies were immediately married off the moment they started their menstrual periods due to poor knowledge about biology..."

“In the past, many young girls in the old African societies were immediately married off the moment they started their menstrual periods due to poor knowledge about biology..."

President Museveni addresses a high level side event on accelerating efforts to end child marriages in Africa by 2030  in New York. Photos/PPU

President Yoweri Kaguta Museveni has called for the economic empowerment of young girls if child marriages are to end.

The President who was accompanied by the First Lady and Minister of Education and Sports, Janet Kataaha Museveni was speaking at a high level side event on the margins of the 72 Session of the United Nations General Assembly under the theme; "Accelerating Efforts to Eliminate Child Marriage in Africa by 2030" at the UNICEF Labouisse Hall in New York.

Museveni said that because of poverty, parents marry off their children so that their husbands can look after them but if the young girls are empowered economically and through education and skills, this could reduce on the rate of child marriages as the girls would spend more years in school. 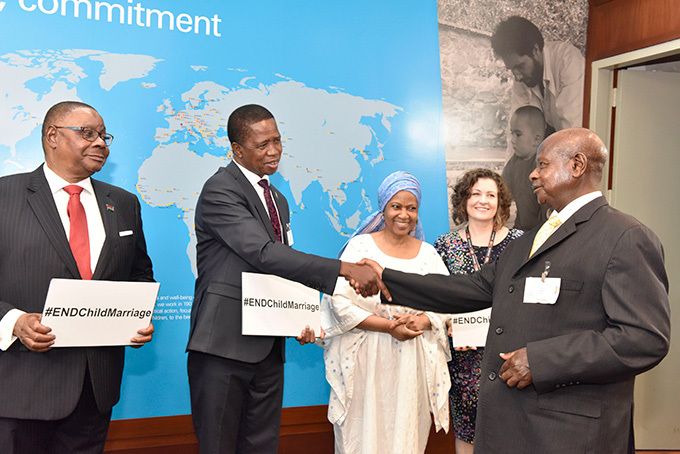 "In the past, many young girls in the old African societies were immediately married off the moment they started their menstrual periods due to poor knowledge about biology. Biology now tells us that menstruation does not mean a child is ready for marriage," he said.

Citing Uganda, the President said that there is need to sensitize people about the right age for one to get married and then for the governments to come up with laws that ban early child marriages.

Museveni added that there is need follow up the discussion with action, and to find social programs to occupy children such as free education so that children of the poor can study and acquire skills.

According to UNICEF, more than 700 million girls and women alive today were married as children. Child marriage is a violation of human rights, compromising the development of girls and often resulting in early pregnancy and social isolation.

Young married girls face onerous domestic burdens, constrained decision-making and reduced life choices. This is a human rights violation on a vast scale and a major obstacle to sustainable development.

While the practice of child marriage has slowly been declining, particularly for girls under age 15, more concerted efforts are needed to accelerate the pace of change.

The UNFPA-UNICEF Global Programme to Accelerate Action to End Child Marriage offers a framework promoting the right of girls to delay marriage, addressing the conditions that keep the practice in place, and caring for girls already in union. 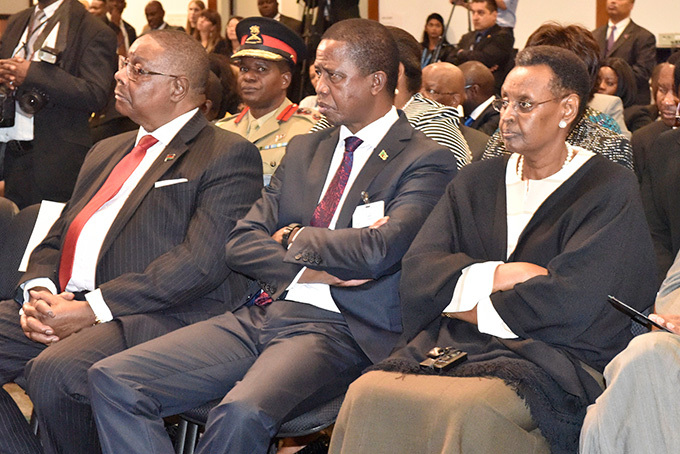 President Edgar Lungu Chagwa of the Republic of Zambia said that if there is no reduction in child marriages, up to 280 million more girls alive today are at risk of becoming brides before they turn 18 and that the effects of population growth mean that this number will approach 320 million by 2050.

"If current trends continue, the total number of women alive today that were married in childhood will grow from more than 700 million to almost 1 billion women and girls by 2030," he said.

President Arthur Peter Mutharika of the Republic of Malawi called for political commitment to enable girls at the risk of child marriage to choose and direct their own futures, supporting households in demonstrating positive attitudes towards adolescent girls, and strengthening the systems that deliver services to adolescent girls.

"It will also seek to ensure laws and policies protect and promote adolescent girls' rights, and highlight the importance of using robust data to inform policies relating to adolescent girls," he said.

Enjoy fresh vegetables year round with a kitchen garden