Bickering on all sides and confusion over the process have only increased as the clock ticks down to the October 17 vote.

Bickering on all sides and confusion over the process have only increased as the clock ticks down to the October 17 vote.

Doubts are growing over Kenya's ability to hold a rerun of its presidential election in just one month as key players remain unable to agree on how to conduct a credible vote, analysts say.

Bickering on all sides and confusion over the process have only increased as the clock ticks down to the October 17 vote, called after the Supreme Court annulled the initial August election, citing widespread irregularities.

Opposition leader Raila Odinga has vowed to boycott the poll if a list of demands are not met and on Sunday he launched a nationwide campaign "against any election" run by the current electoral commission (IEBC), which he accuses of rigging the first poll.

"The challenges are pretty extraordinary," said John Githongo, a prominent anti-corruption campaigner in Kenya, who said he believed the election date "does not seem feasible because we are asking people who have failed calamitously to run an election after such a short time".

A key hurdle is that the Supreme Court has yet to deliver its full judgement detailing why exactly it decided to annul President Uhuru Kenyatta's victory.

Chief Justice David Maraga mentioned only "irregularities and illegalities", notably in the transmission of election results.

The court has until September 22 to deliver the full ruling, which would give the IEBC little time to make any necessary changes.

"It is very uncertain," said Nic Cheeseman, a professor of African politics at the University of Birmingham in England.

"We don't know if the Supreme Court is going to say something about technology, we don't know if they are going to directly impugn any of the individuals in the IEBC. Will they have to be replaced? If so, how will that be done in the time frame?"

In the absence of the judgement, the electoral commission has pushed forward with plans for a new election, dismissing opposition calls to sack its top officials.

"It was expected that the IEBC would move swiftly to undertake far-reaching reforms. So far this has yet to happen," the Daily Nation newspaper said in an editorial on Saturday, denouncing a "stalemate which has created paralysis and is confusing the public".

Fissures within the IEBC, meanwhile, were exposed when a leaked memo showed chairman Wafula Chebukati outlining a raft of irregularities in the election to the commission's chief executive Ezra Chiloba.

Kenyatta has insisted that the election go ahead as planned, accusing his longtime rival Odinga of seeking to block the vote as a way of forcing the president to accept a coalition government.

The National Super Alliance (NASA) of opposition parties has formulated a list of demands including the dismissal of certain officials, a change in the procurement of election materials and live media coverage of the declaration of results at tallying centres. 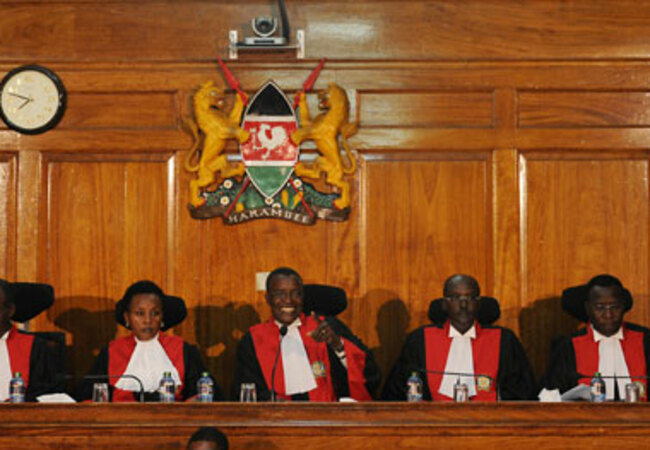 The opposition alleges that the August 8 election was rigged through the hacking of an electronic vote-tallying system.

It said many of the so-called 34A tallying forms, meant to back up electronic results, were delayed and often had not been signed or stamped, or were illegible or lacking serial numbers or watermarks.

French biometrics firm OT-Morpho, which provided the results transmission system, has said that an audit of its system showed no hacking or manipulation of data.

But the IEBC has yet to comply with a Supreme Court order to allow independent access to its servers.

Cheeseman said that with the IEBC suffering from lost legitimacy, an ideal solution would be for rival parties to sit down and negotiate the path to an election which could be acceptable to all.

Increasingly bitter rhetoric, however, has driven them only further apart.

"A lot of the language has been really worrying," Cheeseman said.

He pointed in particular to comments by Kenyatta referring to Chief Justice Maraga as a "crook" and saying he would "fix" the Supreme Court if re-elected. He has also threatened to impeach Odinga if he wins. 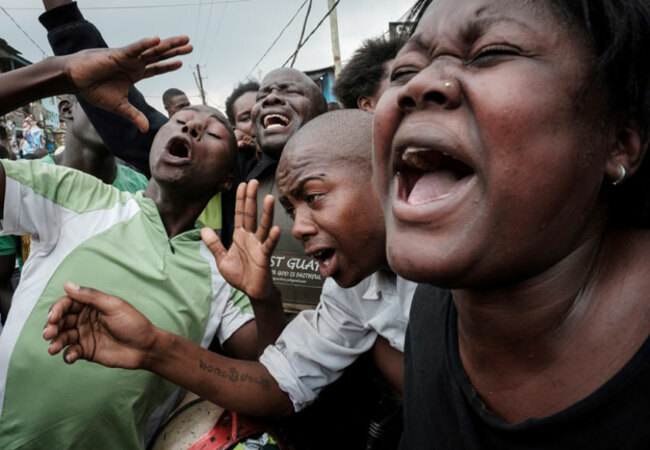 PIC: Odinga's supporters celebrate after the annulment of the August 8 polls

Analysts say the main problem with a rushed election is that the Supreme Court has now set a precedent by overturning an election result based on shoddy procedures.

The losing party in another flawed vote could again argue that improper procedures had marred the outcome, which could lead the Supreme Court to again overturn the result.

According to Kenya's constitution, the IEBC has until October 31 to hold the new election.

"They do have a window. Even if it is late by a few weeks. However if they go beyond (that date) that is unprecedented and there is no guidance as to what happens there," said Kenyan writer and political analyst Nanjala Nyabola.

108 starve to death in Moroto district