Mufti Mubajje noted that FGM has remained remarkably persistent in some isolated communities in Uganda, despite several interventions.

Mufti Mubajje noted that FGM has remained remarkably persistent in some isolated communities in Uganda, despite several interventions.

The Mufti of Uganda, Sheikh Shaban Ramadhan Mubajje, has unveiled actions to be taken by the Inter-religious Council of Uganda (IRCU) to end Female Genital Mutilation in Karamoja and Sebei sub-regions.  Mubajje is IRCU's chairman.

While speaking yesterday at the third annual Marathon to end FGM at the Kapchorwa Boma Grounds, Mubajje said the different faiths under IRCU are united against FGM.

"FGM is against God's order of creation," he stressed.

The marathon was organised by the Church of Uganda and Sebei Diocese in partnership with the gender ministry, Kapchorwa district local government and Uganda National Athletics Federation, with Support from (UNFPA).

The Mufti said FGM has remained remarkably persistent in some isolated communities in Uganda, despite several interventions to eliminate it.

"With continued support from the Government and development partners, such as the UN, the advocacy and social mobilisation against FGM among practicing communities have been partly," he said. 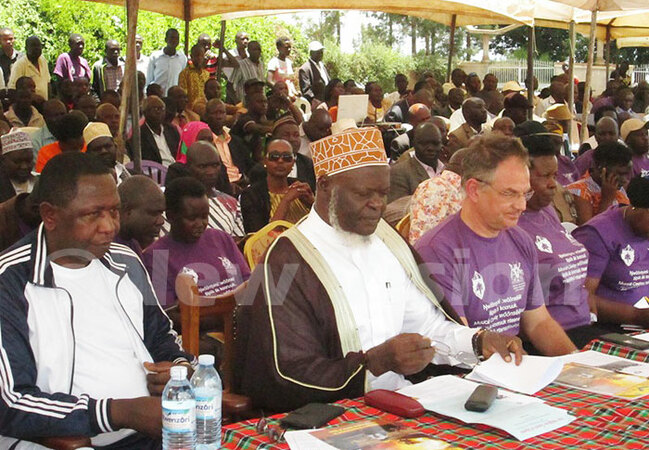 Mubajje, however, noted that in some communities, FGM is still practiced underground and that some families take their girls across the border to Kenya, where they are cut.

He expressed concern over the fact that the act is often performed on minors, and referred to it as a form of gender-based violence that infringes on the sexual and reproductive health rights of women and girls and undermines their dignity.

He said IRCU favours an approach that will empower the communities to decide for themselves to abandon the practice, as this will instill in them a sense of autonomy.
Mubajje said IRCU members will utilize their structures in the affected regions to organise community dialogues and educational forums for parents, so that the issue of FGM is widely discussed and consensus is reached on locally acceptable solutions to eliminate the practice.

"Special prayer days will be dedicated to deliver messages against FGM and urge congregations to respect and protect the dignity of women in society," the Mufti pledged.

The Mufti's remarks were lauded by the UNFPA country representative Alain Sibenaler, Archbishop Stanley Ntagali and Jane Mpagi from the ministry of gender.