Golfers return with tales after day one

Phillip Ssebaale's celebrations were one of the highlights of day one. Photo by Michael Nsubuga

You would think Phillip Ssebaale had sunk the winning putt as he holed-out at the 18th hole infront of a sizeable gallery after day one of the Tusker Malt Lager Uganda Open on Wednesday.

But he was only saving par after his second shot found way in the trees on the left of the fairway.

His third shot had just rested on the apron of the green where he putted for par. 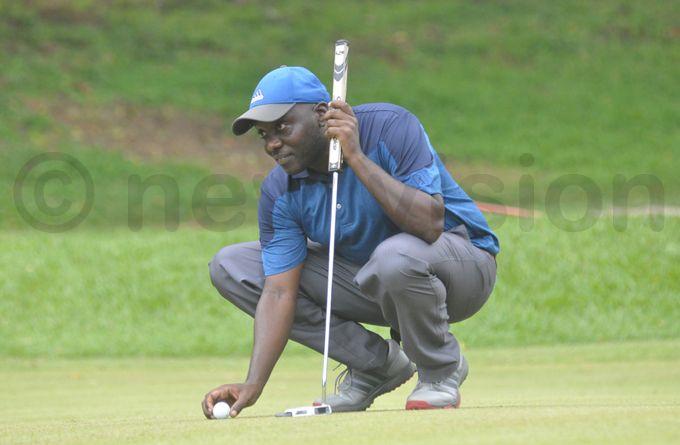 Brian Rwabogo failed to keep pace with the front-runners on day one. Photo by Michael Nsubuga

In celebration the excited Ssebaale run towards the parking yard as the gallery cheered on before he returned to pick his ball and record his score.

His first round ended with a 16 over par-88, but that par must have fired him up for the second round just like the rest of the top contenders.

They promised much before the tournament but were humbled by the Kitante course, and came back with all sorts of excuses and promises going into the remaining rounds.

"Yesterday's (Tuesday) rain softened the ground in a way I didn't expect, so my balls were not moving (bouncing) the way I wanted them to," Adolf Muhumuza, who is chasing his first open, said. 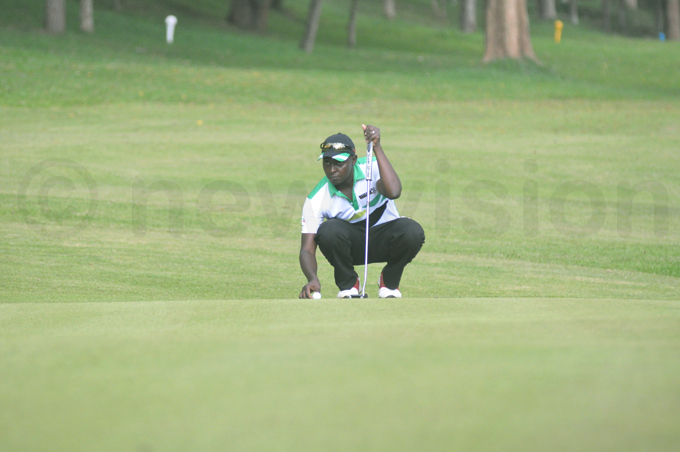 Edgar Muzahura lines up a shot. Photo by Michael Nsubuga

According to youngster David Kamulindwa, who is joint second on 74 gross, his game went according to plan and wants to maintain the same strategy in the second round.

Before the Open, US based Titus Okwong had promised to win the tournament out right but his first round suggested otherwise after a six-over-par-78.

"My putting was off today and I have to work on it early morning before the second round. I even got an OB (Out of Bounds) on No. 18. The game is still tight. When I saw from the live scoring that people who were first on the course were playing under, I decided to attack but it didn't go well," he said. 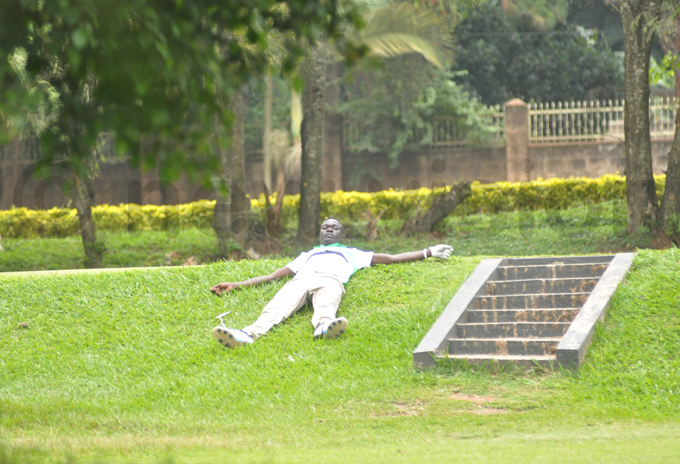 Joseph Cwinyai finds time to rest between his round. Photo by Michael Nsubuga

The short game matters a lot in golf but for Ronald Rugumayo the putting will come another day.

"I wasn't putting at all. Can you imagine I got 8 bogeys; my driver also didn't work out. The good thing it is the first day, so there is room for improvement," Rugumayo noted.