THE PEARL OF AFRICA IS A PLACE TO TAKE A SAFARI HOLIDAY, WHERE ONE IS ASSURED OF A VARIETY OF ATTRACTIONS ON ITS MENU

THE PEARL OF AFRICA IS A PLACE TO TAKE A SAFARI HOLIDAY, WHERE ONE IS ASSURED OF A VARIETY OF ATTRACTIONS ON ITS MENU

Early this year, Uganda was named the fourth-best tourism destination in the world by Rough Guides, a leading UK travel publisher. India, Scotland and Canada, were the only countries named ahead of Uganda in the January publication.

At number four, Uganda was leading on the African continent. The country’s ranking as a top tourism hub is growing day by day.

Uganda has also been described as the friendliest country globally, following a survey conducted by InterNationals among expatriates globally, according to the BBC.

This may not have come easy without the efforts of Uganda Tourism Board (UTB), which last year hired three public relations (PR) and marketing fi rms, to market Uganda in key source markets.

The firms hired under the Competiveness and Enterprises Development Project (CEDP), a Government of Uganda/World Bank-funded project include PHG Consulting for the North America market, Kamageo for the United Kingdom (UK) and Ireland and KPRN for the German-speaking Europe. According to Stephen Asiimwe, the UTB chief executive offi cer, the PR fi rms have greatly impacted Uganda’s visibility in the outside world.

“Impact has been phenomenal, first of all, from the media side, we have been exposed to all the top media houses in those countries that have given visibility to Uganda. We were known as a country where Amin came from, but that is changing,” Asiimwe says.

He says Uganda is the only country in the world where you have a complete safari experience, what they call the big fi ve; the lions, leopards, elephants, rhinos and the buffalos.

Among its unrivaled list of attraction, Uganda has the Source of the Nile, Murchison Falls, Mountain Gorillas, the Equator, snow on top of Mountain Rwenzori, Kidepo Valley National Park, among others.

“People don’t know that we have islands, they don’t know we have the lions, they think they are only in Kenya and Tanzania. It is one thing having all these attractions and it is another making them known to the world and interesting people to come and visit. That is what we are doing with the PR fi rms,” Asiimwe says.

The Pearl of Africa is a place to take a safari holiday, where one is assured of a variety of attractions on its unending menu. Uganda’s tourism has grown exponentially, with numbers more than doubling in the last 10 years.

For Ugandans to extract maximum benefit from the growing tourism industry, there is need for the Government and other stakeholders to prioritise training.

“Our biggest challenge is the poorly trained workforce. Our human resource is not competitive, this has forced us to hire foreigners because they are highly trained though they are very expensive,” Jean Byamugisha, the chairperson of Uganda Hotel Owners Association, says.

In a recent interview with Bulaimu Muwanga Kibirige, the proprietor of Hotel Africana in Kampala, said most Ugandans employed in the hospitality sector lack the required skills.

“They are unskilled and we need to retrain them to meet our desired standards. This is tempting us to go for foreigners who are more effective and better qualified,” Kibirige says. 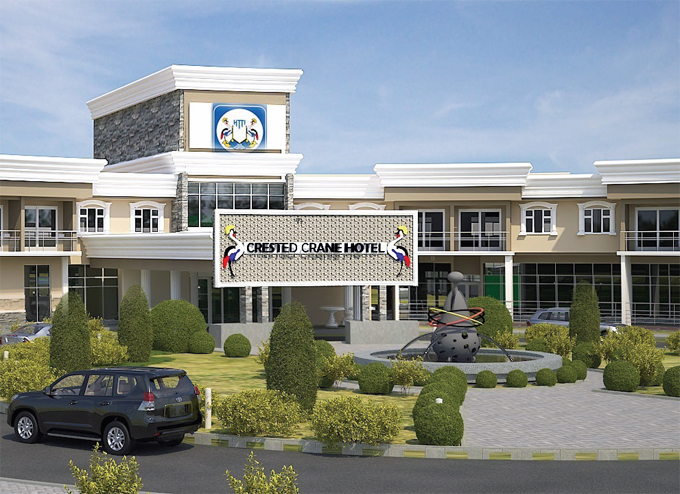 An artistic impression of the revamped Crested Crane Hotel in Jinja

Over the years, the challenge of poorly trained professionals in the tourism and hospitality industry has been rising, however the institute responsible for churning out such industry professionals says there was little they could do in the past.

Uganda Hotel and Tourism Training Institute (UHTTI) is the only government institution specialising in hotel and tourism training and has been in operation since 1994.

The institute offers both diploma and certificate courses. “Our certificate courses have been running for one year until recently when National Council for Higher Education (NCHE) directed that all certificate programmes run for two years. We also offer short courses ranging from three months to six months. All our courses are skillsbased for those in the hotel and tourism industry and for those who want to start their own businesses,” Miriam Amori Namutosi, the principal of the Jinja-based institute, says. CLICK HERE FOR MORE ON THIS STORY

The Competitiveness and Enterprise Development Project (CEDP) is playing a big role in the development of the tourism sector. 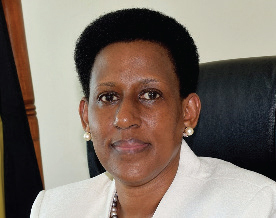 According to Doreen Katusiime, the permanent secretary for the ministry of tourism, antiquities and wildlife, development of human resource in this sector had not been prioritised for a long time and as a result, the tourism and hospitality sectors were suffering because of the poorly skilled personnel.

“The hospitality industry had resorted to hiring the highly effective Kenyans, but this is because Kenya has Utalli College, a world class training facility,” Katusiime argues.

She is of the view that the Uganda Hotel and Tourism Training Institute that is being revamped by funding from the World Bank through CEDP will play a crucial role in churning out highly-skilled professionals that have been lacking.

The project is expected to among others provide training for the institute instructors and administrators, review and accredit the institutes curricula and instructional materials and develop and implement a sustainable business model including an income generation strategy.

“We are looking at twinning the institute with other world renowned tourism training institutes so that our trainers and trainees can learn and share experiences with those institutes worldwide,” she says.

CEDP is also supporting the ministry to come up with a Tourism Information Management System (TMIS) that will enable it have timely and credible data on the tourism industry.

“We are depending on other agencies like Uganda Bureau of Statistics, the immigration data and all we have are arrivals. We need to have a system that can help us know how many tourists are coming in, how long are they staying and how much are they spending,” she says. CLICK HERE FOR MORE ON THIS STORY

Contributing 10% of the country’s GDP and employing up-to one million Ugandans, the tourism sector has been growing steadily. Currently contributing 23% of the exports income, our reporter OWEN WAGABAZA spoke to STEPHEN ASIIMWE, the executive director of the Uganda Tourism Board about the state of the sector among other issues.

Tell us about the state of the tourism sector in Uganda today.

The four decades of violence, political turmoil and economic collapse that started with the Idi Amin regime and ended with Joseph Kony’s Lord’s Resistance Army greatly affected the tourism sector.

The civil war not only impacted on the people, but also the animal populations declined as the various guerrilla groups feasted on wild game. The war also led to a decline in the number of tourists coming into the country as many tourist did not want to risk their lives. However, with the prevailing security and peace in the country, the tourism sector has dramatically changed.

We are not only seeing increase in international tourists’ arrivals, but also in the domestic tourism. Towns are booming. Gulu, which was the centre of the confl ict, for example, has over 30 hotels and lodges, like several other towns across the country.

When the Kasubi tombs were burnt in 2009> 57-yearold Solomon Ssebanga, a Kampala-based businessman cried out loud, not because the tombs of his forefathers had been burnt, but because he had never visited the legendary UNESCO-listed World heritage site.

“It is a shame that in my entire lifetime, I have never visited Kasubi tombs. Even though they have been reconstructed, I will never see them in their original form,” Ssebanga regrets.

Despite Uganda’s unlimited beauty that continue to amaze whoever comes across it, Ugandans have been slow in appreciating the attarctions of their own country.

Just like Ssebanga, millions of Ugandans know so little about their country, because they hardly tour the thousands of tourism sites that the country offers.

Named the “Pearl of Africa” by former British Prime Minister Winston Churchill, early this year, Uganda once again shone on the world tourism page when she was named the fourth best destination globally, after India, Scotland and Canada for tourists to visit this year by UK-based travel publisher Rough Guides. With the new buses, tourists are assured of comfort and affordable fares

“It is safe, no doubt to say, Uganda is universally acknowledged as a tourism hub,” says James Odong, the founder and proprietor of Trek Uganda, a tourism company.

A fast growing foreign exchange earner now contributing 10% to Uganda’s GDP, the tourism sector is estimated to be employing up to one million people.

However, while the rest of the world celebrates Uganda, the industry still grapples with promoting tourism among the citizens. It is no wonder that the ministry has set out, this year, to invest and encourage domestic tourism.

Godfrey Kiwanda, the state minister for tourism, has time and again emphasised that the only way locals can understand their country better is through tourism.

“We will be in a better position to spread the word and also support the industry all year round,” Kiwanda says.

A number of initiatives aimed at boosting domestic tourism have been introduced, notably Tulambule, loosely translated “Let us visit” by the tourism ministry, as well as private initiatives, such as Koi Koi, Ondaba, travel month, among others.

Unfortunately, a big percentage of Ugandans still believe in travelling abroad for tourism, and to others, it is an expensive venture that they rather not try, after all, they see all these tourist features on television.

“We have a tendency of taking things for granted, a foreign tourist will pay thousands of dollars to come and see the exact things that we take for granted. At the end of it all, a foreigner will know more about the country than a native,” says Osman Bananuka, a tour operator. [asset_library_tag cb38e968-4f70-416c-93fc-d93453cf21a8,CLICK HERE FOR MORE ON THIS STORY