MENU
Nakivubo Stadium will be ready in 2019 - Bakkabulindi
Previous Story

Businessman Ivan Katongole alias Jenus, a businessman dealing in fish along with eight other people were on Friday evening charged with the alleged murder of two women in Katabi, Wakiso district. 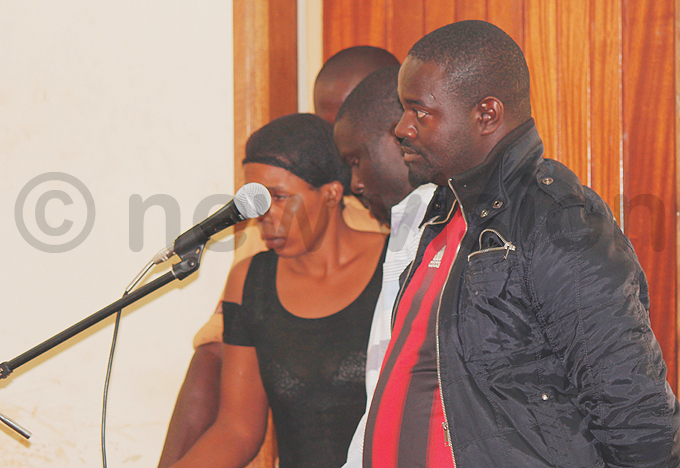 Ivan Katongole (R) and other suspects in the dock during the hearing. Photo by Julius Luwemba 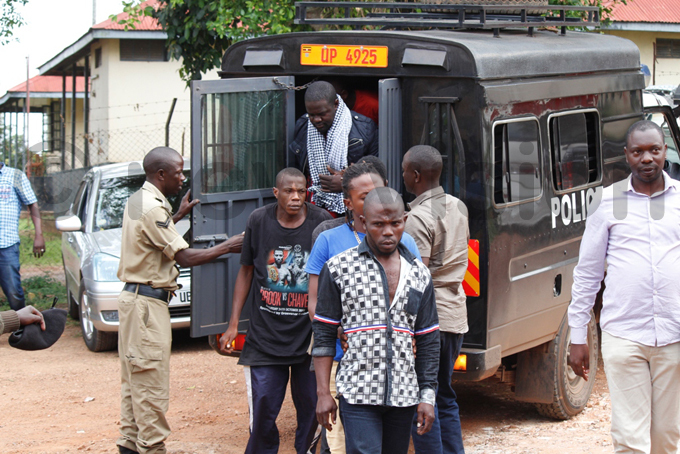 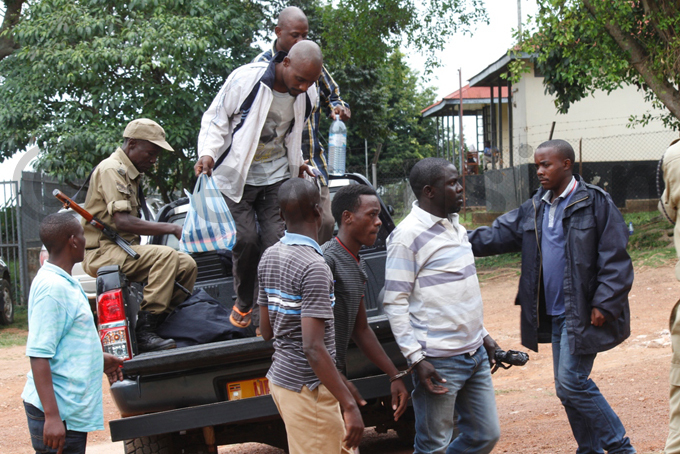 The suspects disembarking from Police trucks ahead of their court appearance. Photo by Julius Luwemba.

While in the court dock, the nine were not allowed to take plea on grounds that they committed a capital offense which can only be heard by the High Court.

Kisakye remanded them to Kigo Prison until 25th September when they will returned to court for mention.