PIC: Burundi First Vice-President Gaston Sindimwo shows off his football skills to the amusement of other officials

Uganda came third in the recently concluded 11th East Africa Community (EAC) Military Games and Cultural Event 2017 in Burundi. In the games which were held at Prince Louis Rwagasore National Stadium on Tuesday September 5, 2017, Uganda won a silver medal in netball and football, and bronze medals in volleyball, cross country and basketball. 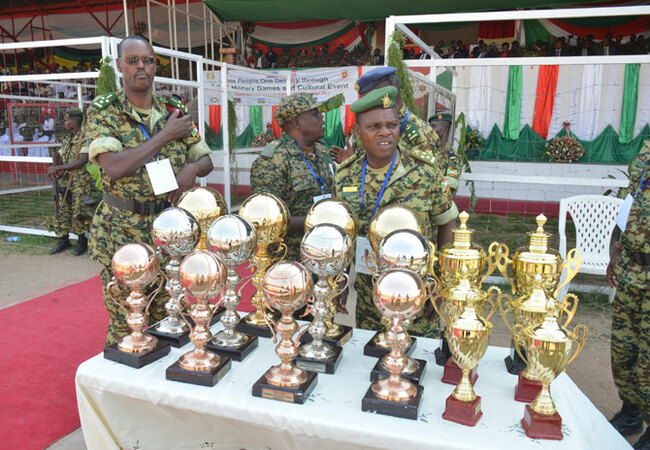 Kenya came first in the games

Speaking at the event on behalf of Burundi's president, Pierre Nkurunziza, Burundi's 1st vice-president Gaston Sindimwo described the participation of the troops in sports as an engine for friendship, solidarity, co-operation and comradeship that runs the community as one people with one destiny.

"While each individual in each of the teams fought hard to score that extra goal, and to run the fastest race to raise the national flags, collectively, our national flags constituted a single winning flag, the flag of the East African Community that symbolises a collective unity of the people of East Africa," he said.

Why branding is an uphill task