President Yoweri Museveni has commissioned the Fort Portal-Kamwenge road, and urged the people to use the road to promote development in Rwenzori region.

He was addressing residents at Buhinga playground in Fort Portal Municipality on September 7, after commissioning the 65-kilometre road.

The President said the road was a result of good prioritisation by the ruling National Resistance Movement government since 2006, when he lobbied the NRM caucus and the cabinet to ensure prioritisation. 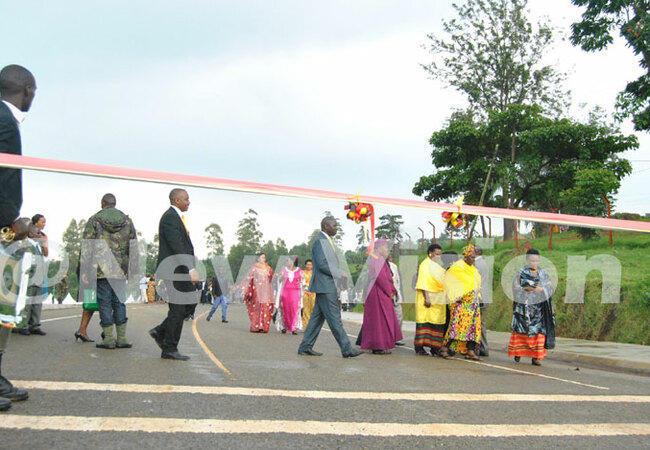 Guests arrive for the commissioning of the Fort Portal-Kamwenge road 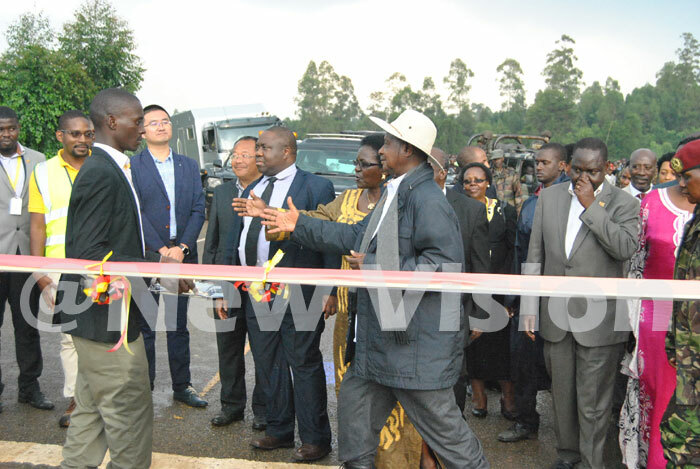 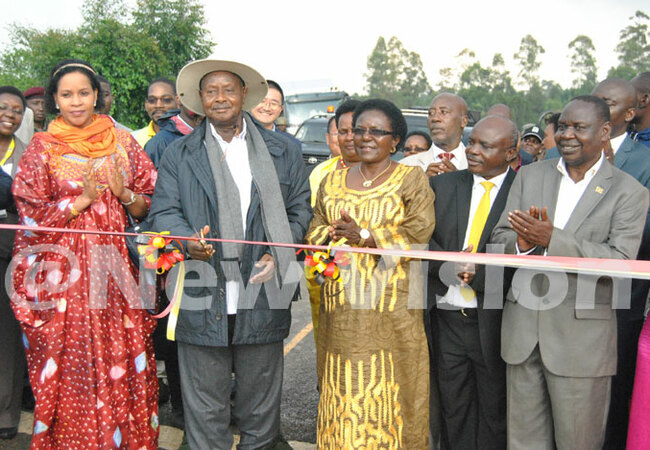 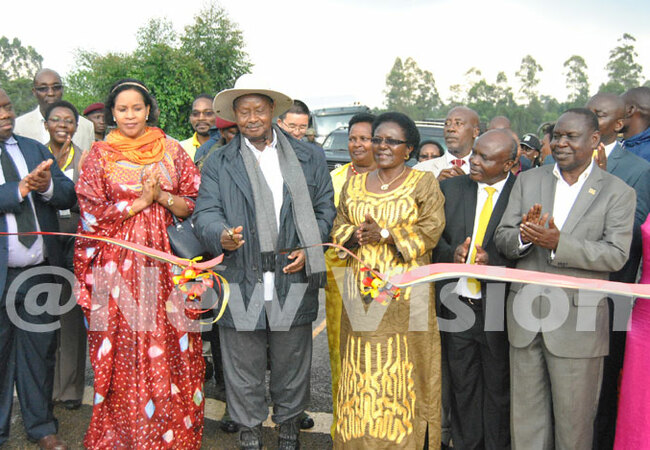 "We had a challenge of electricity between 2005 and 2006 and we had constant load shading, but now the problem of electricity is being solved, "Museveni said.

He said the NRM government had prioritised security, road construction and extending of electricity to various parts of the country.

"You cannot run after two animals and kill them at once; they will all run away. So, we must set priorities for the country. We have a lot of issues to tackle, but we shall not tackle them at ago, "Museveni said.

Museveni said Uganda National Roads Authority used government money to complete the remaining 55% of the road works, after the World Bank pulled out. He said the World Bank had contributed sh60b out of the sh120b needed.