Egypt’s player Ahmed Fathy (L) challenges for the ball in with Uganda’s player Joseph Ochaya in the match. AFP Photo

Despite the 1-0 defeat to Egypt in the 2018 World Cup Qualifier, Uganda Cranes skipper Dennis Onyango was impressed with Uganda's performance.

Cranes went down fighting to the Pharaohs on Tuesday evening at the Arab El Borg Stadium in Alexandria.

"I gave the team confidence that we would get an equalizer. Though we didn't but we put up a good fight against the opponents.  Besides the result the performance of the team was good," stated Onyango. 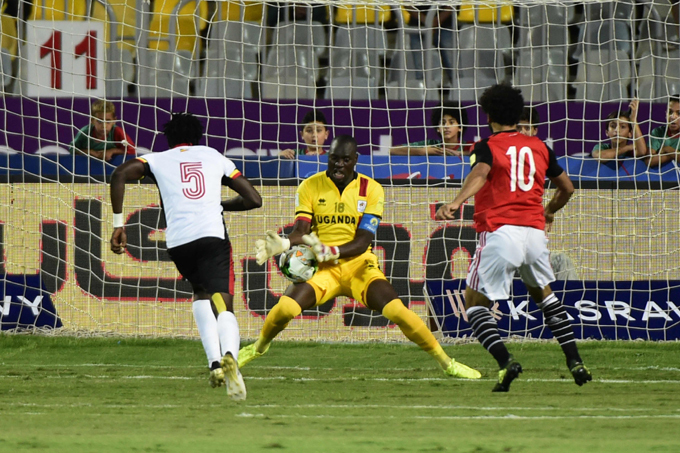 Mohamed Salah's sixth minute goal lifted Egypt to the top of Group E with nine points, two above Uganda. Ghana which thrashed Congo-Brazzaville 5-1 is third with five points while Congo remains bottom with one point.

This was Cranes first goal conceded out of the six games they have played in this qualification campaign while scoring six times.