Cranes went down fighting after a slim 1-0 defeat to Egypt in the 2018 FIFA World Cup qualifiers this evening at the 86,000 seater Arab El Borg stadium in Alexanderia.

Uganda that was tagged as the under-dog put up a stellar performance that deserved a point at the least.

Liverpool striker Mohammed Salah got the lone goal of the match for Egypt in the 6th minute after beating an off side trap set by the cranes.

Cranes had a chance to equalize in the 18th minute when striker Derrick Nsibambi headed over Emmanuel Okwi‘s cross. 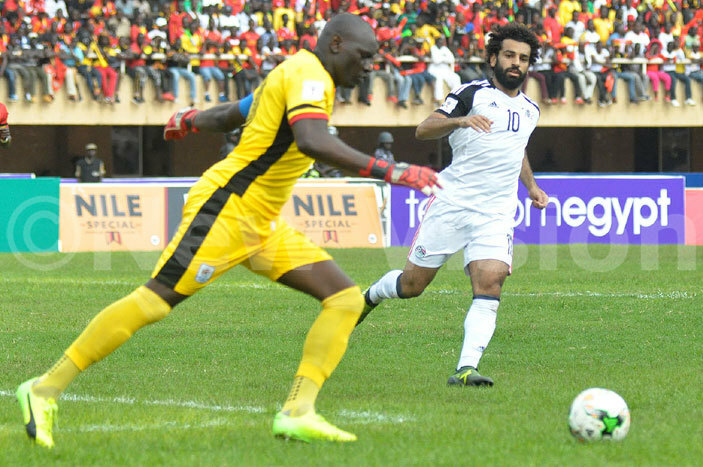 Onyango clears the ball under pressure from Egypt's Salah

In the 26th minute the Pharaohs would have doubled their lead but goalkeeper Dennis Onyango saved an El-Said Abdullah header and a Ramadhan Sobhi shot.  Despite being away, the Cranes bounced back strongly in the second half and this paid off with various set pieces that would have given them a goal.

This was the first goal conceded by the cranes in four games played so far in the 2018 world cup qualifiers. They have so far scored five goals.

The victory takes Egypt top of Group E with nine points, two above Uganda. Ghana who thrashed Congo-Brazzaville 5-1 earlier today is third with five points while Congo remains bottom with one point. 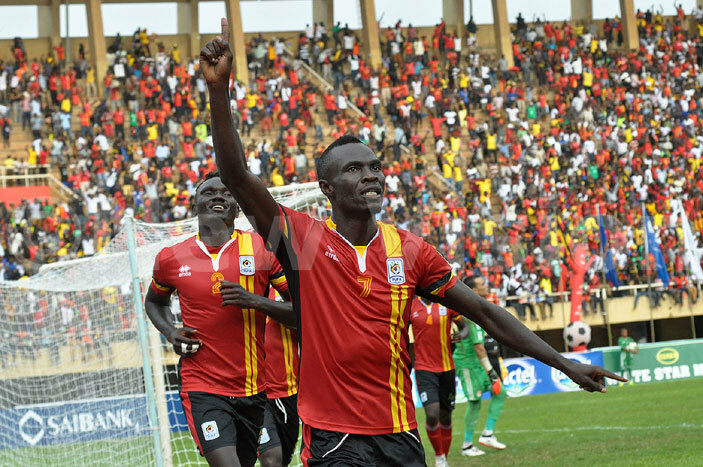 Egypt is seeking to qualify for their third time in the FIFA world cup while Uganda will be making its maiden appearance if they make it to next year's finals in Russia. The Pharaohs participated in the 1934 and 1990 World Cup finals.

Uganda can only improve their chances of making it to the 2018 finals if they register victories against Ghana and Congo-Brazzaville in their last matches. 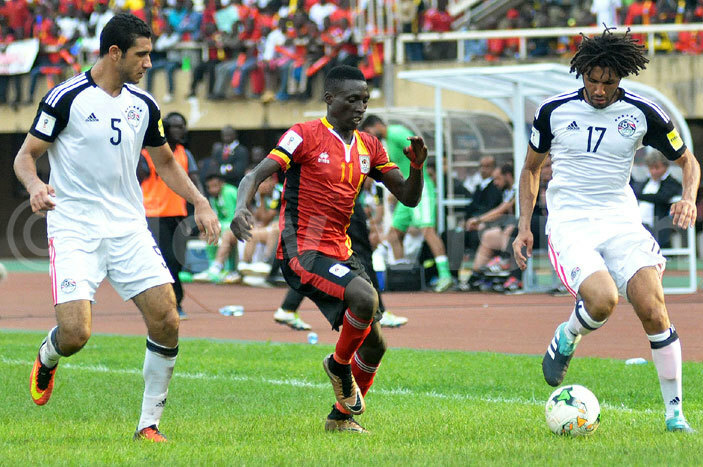