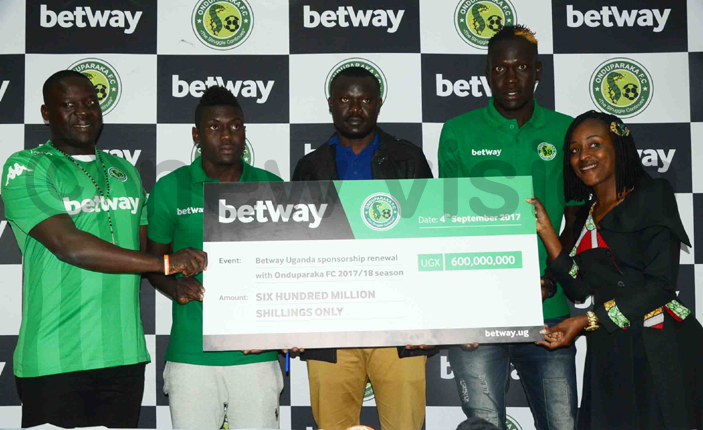 Onduparaka has renewed its partnership with with Betway .

The sponsorship deal worth sh600m was announced on Monday by Betway country manager Anton Opperman at a press conference hosted at Hotel Africana.

"We had the value for the money we invested in Onduparaka last season so that's why decided to renew the sponsorship. We shall continue to associate with them," said Opperman.

The package from Betway is a significant increment from last season's sh180m. The sponsorship will cover the team's salary, jerseys, transport and welfare.

Onduparaka chairman Benjamin Nyakuni and patron Bernard Atiku as well as players Shaban Muhammad and captain Rashid Toha were present for the announcement.

The West Nile side finished fifth in its debut season in the Uganda Premier League with 45 points.

Onduparaka will host Proline in its opening game of the new season on Tuesday at Green Light Stadium in Arua.