Nelson Mandela's grandchild, Zoleka said she got pregnant at the age of 17, dropped out of college and struggled with drug and alcohol addiction.

Nelson Mandela's grandchild, Zoleka said she got pregnant at the age of 17, dropped out of college and struggled with drug and alcohol addiction.

President Yoweri Museveni launched the Nelson Mandela commemorative lecture, organised by the Makerere University department of political science and public admnistration under the theme ‘Nelson Mandela, the legend: Lessons for the youth.' 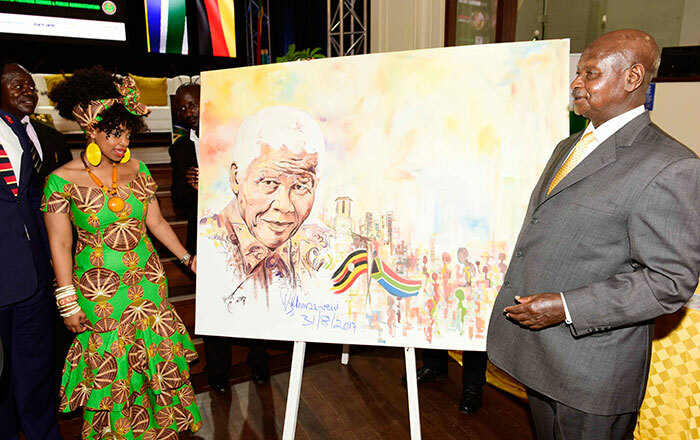 The keynote speech was delivered by Zoleka Mandela, the grandchild of Nelson Mandela. In her moving testimony of how she shed off the life of drug and alcohol addiction, sexual abuse and later surviving breast cancer to stand up for youth rights, Zoleka said youth and child should be supported in order to live a life that is free from suffering.

In her speech that touched people, Zoleka said despite her lofty connection with Africa's icon, Mandela, she never realized all the opportunities around her, but instead got pregnant at the age of 17, dropped out of college and struggled with drug and alcohol addiction. 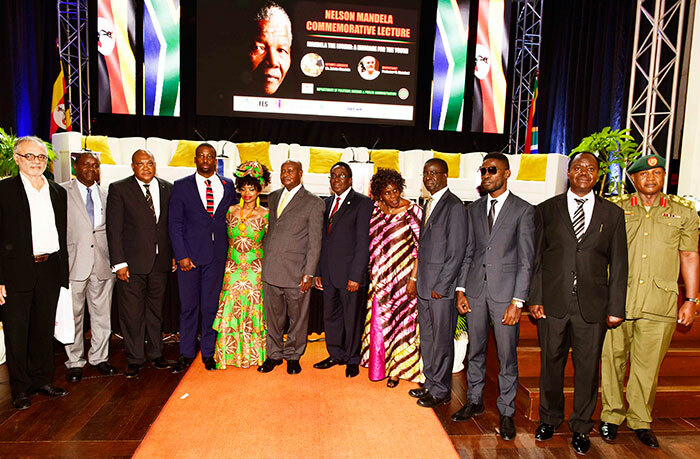 Prof. Kiiza said the youth should not stand on the fence, but rather get involved in the social-economic and political dimensions in their country, and also acquire knowledge so that they can equip themselves for leadership positions.

Bobi Wine's view
Bobi Wine said the challenge of the current youthful generation is to fight unemployment and exclusion. He added that Mandela exhibited servant leadership skills, which must be emulated by the current crop of African leaders. 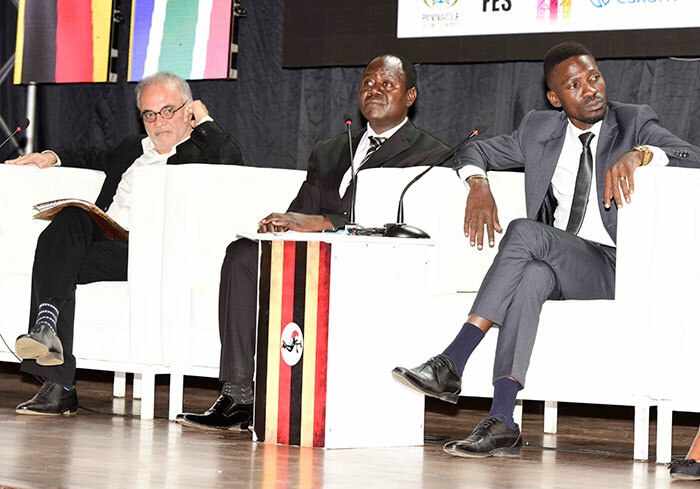 Museveni counsels youth
Museveni said that the current crop of youth need to be ideological competent if they are to take charge of the country.

"Everything about Africa is strong, except governance and ideology. So, when I hear a professor talking about action without ideology, I laugh," he said, describing himself as an activist, who takes time to understand things before taking action.

"I support activism. But activism must be guided by knowledge. If you don't know what you are activising about, you will fail," he said.

"I will not allow Africa to be subjugated as long as I have some strength in me," he added.

The President said that as freedom fighters, including Mandela, the key strategic goals that they crafted, included emancipation of the continent from colonialists, democracy, economic integration for prosperity, security and identity. 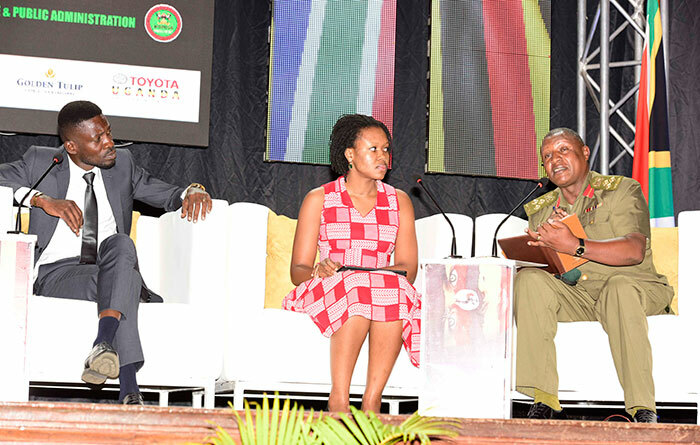 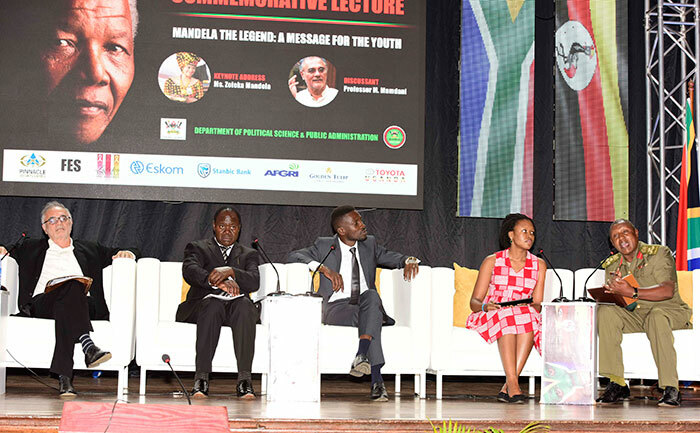 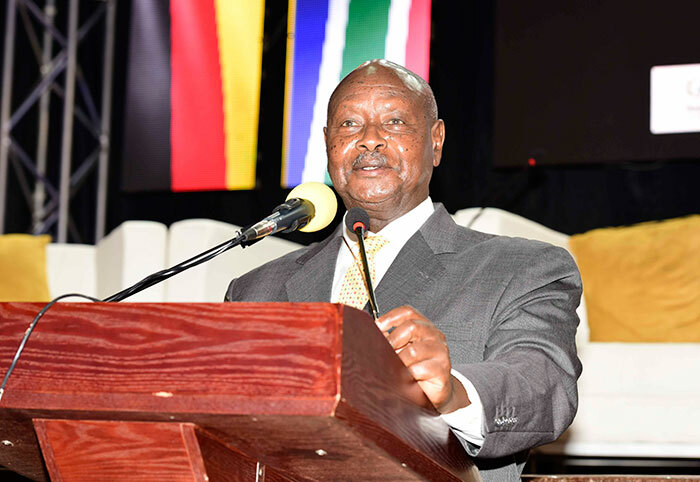 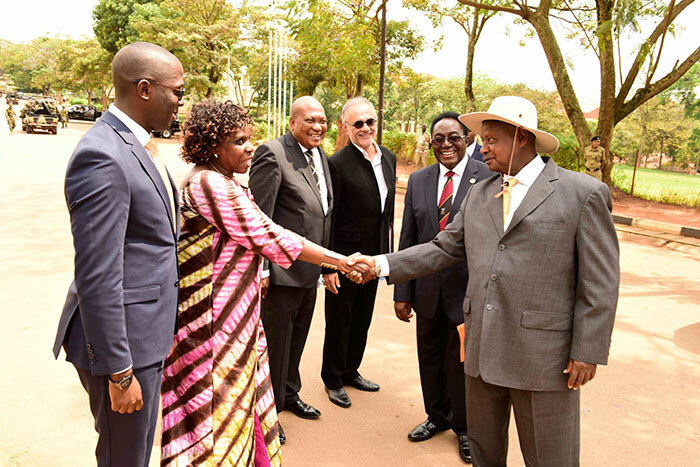 Museveni being received at Makerere University before the lecture 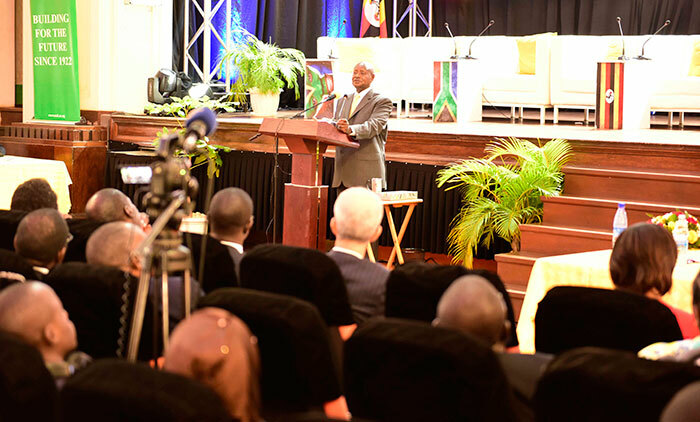 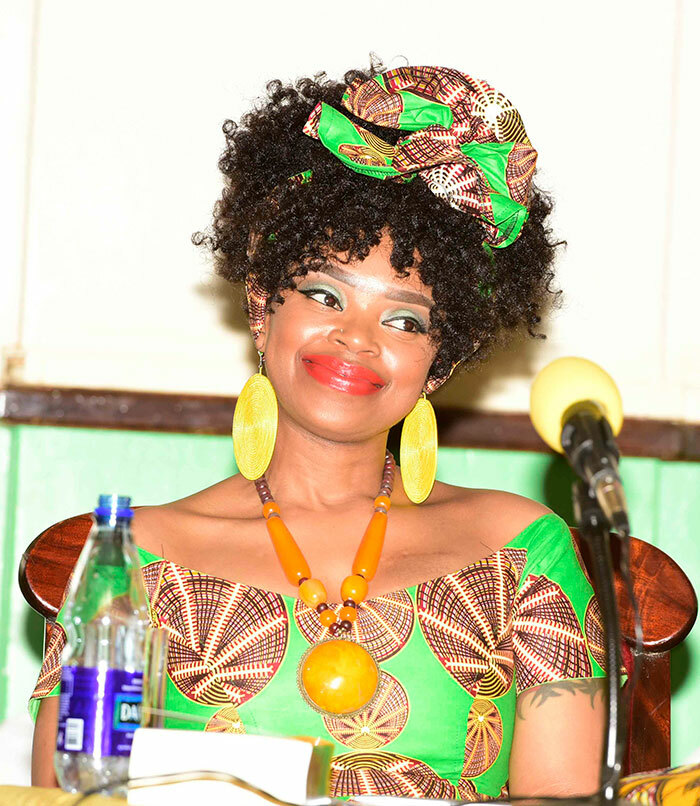 Zoleka Mandela at the lecture 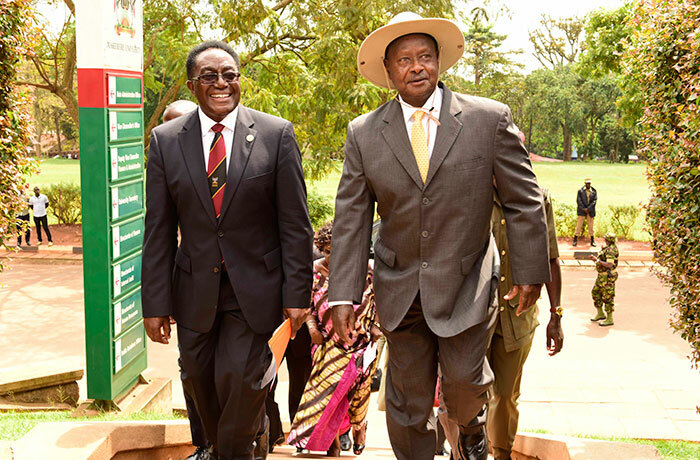