Basena upbeat ahead of pivotal Egypt quali...
Next Story

As good as Cranes have been at home over the years, the task at hand is quite formidable

As good as Cranes have been at home over the years, the task at hand is quite formidable

Cranes are punching above their weight in the 2018 World Cup qualifiers.

Second in Group E with four points behind leaders Egypt, and three points ahead of third-placed Ghana, their fans should be forgiven for visualizing a World Cup dream appearance in Russia next year.

All that Cranes need to do now is gather a minimum of four points in the back-to-back fixtures against Egypt, shock Ghana on October 2 to guarantee qualification.

Is that a realistic target?

Cranes' fixture against the Pharaohs at Namboole Stadium today will provide a perfect assessment of that, how good this side is and whether interim coaches Moses Basena and Fred Kajoba are worth being considered as permanent staff for the national team's highest posts. 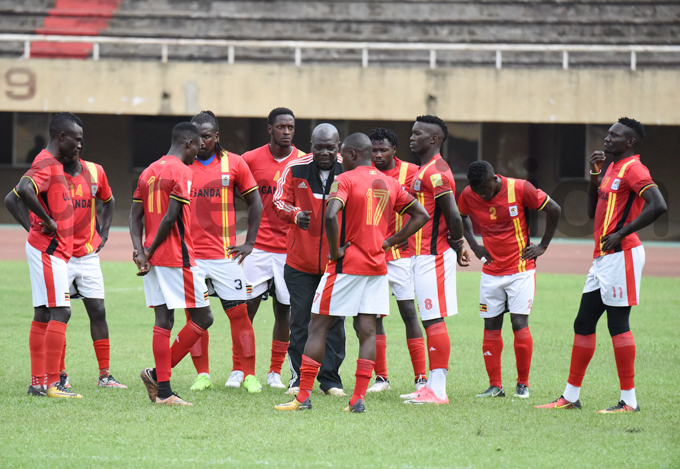 Interim coach Moses Basena passes on instructions to his charges during a training session at Namboole Stadium. Photo by Mpalanyi Ssentongo

As good as Cranes have been at home over the years, Basena will certainly concede that the task at hand is quite formidable and this probably explains why he decided to recall a bulk of the team that almost earned a priceless result against the Pharaohs in Gabon in February.

Despite collapsing to a 1-0 defeat, Cranes' levels of defiance in Port Gentil before Abdallah El Said's goal on 89 minutes were quite admirable.

There were plenty of positives that Cranes coaching staff drew within the team that could prove decisive in Uganda's third qualifier of the campaign.

Cuper's teams sit deep in a 4-3-2-1 formation and that will not change today.

In fact, Basena will have to follow through with the same formation if Cranes hope to successfully deal with the Pharaohs and their mercurial star Mohamed Salah in particular.

Salah is not just a key player. He is also vital to their style of play. 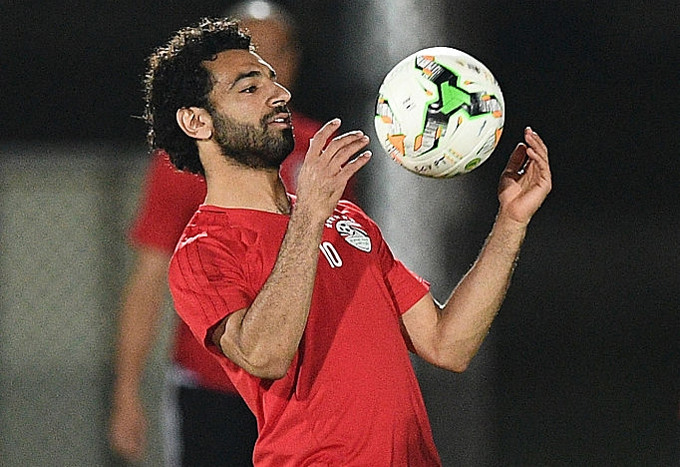 Egypt's Mohamed Salah is fresh off starring in the demolition of Arsenal in the English Premier League. AFP Photo

Just as he operates at Liverpool, the Pharaohs will look to release the ball to him early.

Any lapse in concentration will draw a traumatic experience similar to that in Port Gentil, where Salah needed one moment of brilliance to play in El Said with a reverse pass for the all-important goal.

Cranes' togetherness, the desire to accept the ball in the tightest of situations, with colleagues always making space to help out the other will count more than ever.

If Khalid Aucho and Hassan Wasswa can thwart the visitors' physical approach, then attacking midfielders Luwagga Kizito, Miya and the experienced pair of Emmanuel Okwi and Geoffrey Sserunkuuma will have the chance to work their magic.

Over the years, former Cranes captain Geoffrey Massa was loaded with responsibility of shouldering Cranes attacking duties in a lone-striker's role and for the times he struggled in front of goal, the Cranes were fortunate to rely on Farouk Miya for the odd goal to dispatch the opposition. 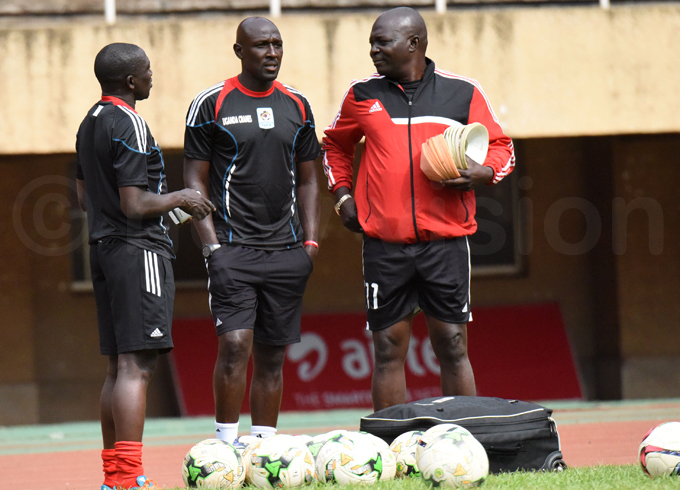 Former Cranes captain Ibrahim Sekagya (C) has joined the coaching team ahead of the match. Photo by Mpalanyi Ssentongo

Miya remains the bookmaker's favourite to strike the odd blow against the Pharaohs.

If nothing changes, Basena should start him between Emmanuel Okwi and Kizito and just behind veteran striker Geoffrey Sserunkuuma — whose goal earned Cranes that priceless 1-0 win over Cape Verde in a 2019 Africa Nations Cup qualifier in June.