Uganda to host conference on food safety
Next Story

Despite the rainy season, prices of different food items have been inconsistent in arears in and around Kampala City.

For instance in May, the price of tomatoes had slightly dropped after buyers endured a fairly long spell of high prices of the culinary staple. In addition, a month ago, the prices of different food crop items had reduced.

However, lately there is a reduction in supply of food items leading to an increase in prices.

The prices of different food items are unstable and vendors attribute it to seasonal changes.

For those on the lower end of quantity, three tomatoes go for sh1,000 whereas previously, four or six tomatoes would cost sh1,000 at most markets.

Cissy Nakawesa a vender at Semuto in Nakaseke district said tomatoes are scarce.

"There is very low supply on the market which has forced vendors to reduce on the quantity of different produce," Nakawesa said. 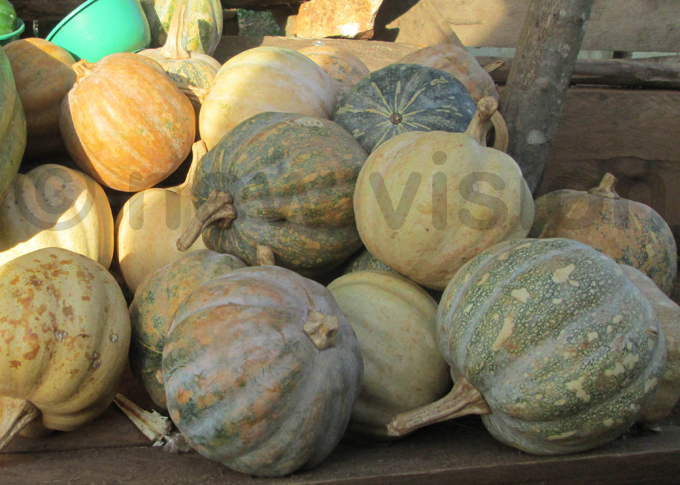 Pumpkins cost between sh1000 and sh3000. Photo by Rachael Nabisubi

She explained that the supply shortage and price hike is not only witnessed in areas around Kampala, adding that the pinch is also felt in as far as its outskirts.

A retail trader in Bunga a city suburb lamented that it is the same challenge they had faced earlier this year.

A vendor along the Luwum Street in Kampala said price instability has highly affected their businesses.

"The ripple price effect is no longer enjoyed like back in the days because it is so unpredictable," a vendor added. On the other hand, Pumpkins cost between sh1000 (small one) to about sh3000 (big one).

Another trader Tonny Karisa, lamented that they are just buying these food items and reselling them.

"We do not grow these crops nowadays. We are simply acting as wholesale buyers," Karisa said.

Eggplants locally known as entula, cost between sh1000 to sh4000.

Why banks fear to finance agriculture

Why banks fear to finance agriculture