English PL: Africans who scored in round t...
Next Story

A fifty-eighth minute wonder strike from Nicholas Kabonge was enough to earn Gomba this year's Airtel Masaza Tournament prize against rivals, Ssingo  in front of a mammoth crowd at the Mandela National Stadium in Namboole.

Gomba coach Simon Ddungu who couldn't hide his excitement at the final whistle, said, "I am happy, just like any other winner would be. I thank God, my staff, those that believed in me and my players who delivered the success." 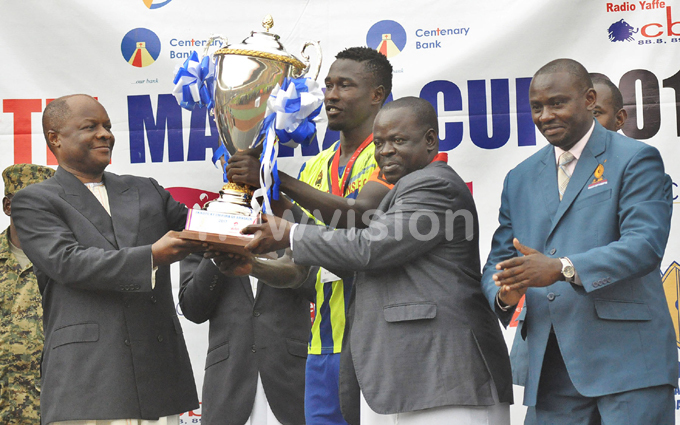 Singo have now lost four out of the last five finals. It was the second time both teams were meeting in four years. In 2014, Gomba beat Ssingo 7-6 on penalties to win their third Masaza trophy. Saturday's win was their fourth since 2004.

Gomba produced the best goalkeeper who walked away with sh1m just like the MVP, Busiro's Frank Ssemakula, while the joint top scorers shared sh1m. 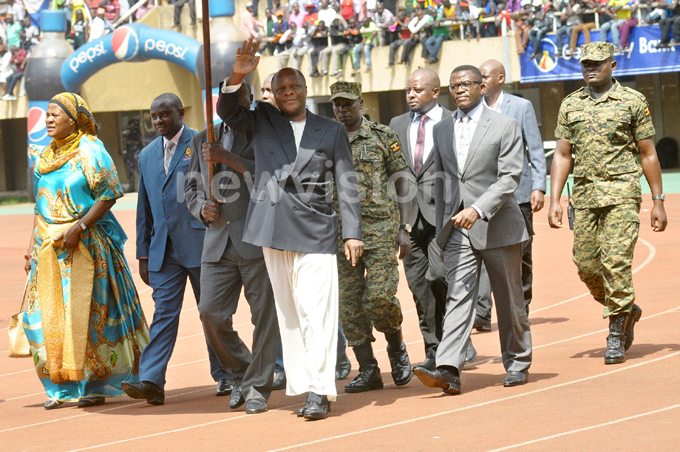 Kabaka Ronald Muwenda Mutebi waves to his subjects before the final

The win earned Gomba a sh10m cash prize, while their rivals walked away with sh7m from Centenary Bank.

A genocide could erupt after UPDF quits DRC

Kyambogo prevail over Kumi to book place in UFL knockout...