MENU
Is the fall of Nile perch bad for Lake Victoria?
Previous Story

Equatorial Guinea presented the highest honour of their country, the Great Collar of Independence Award, to President Yoweri Museveni on Friday.

Equatorial Guinea presented the highest honour of their country, the Great Collar of Independence Award, to President Yoweri Museveni on Friday. 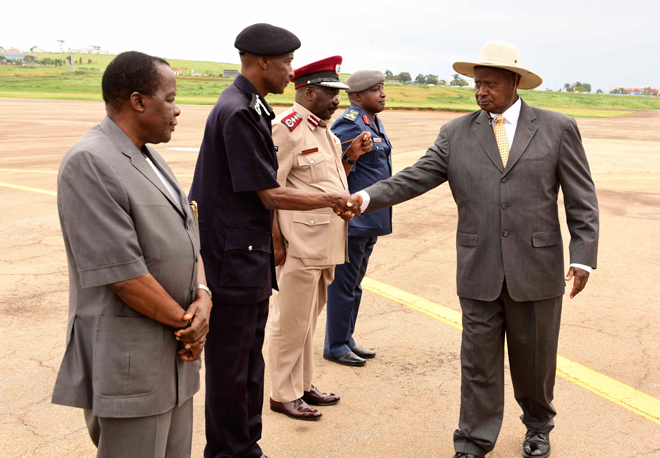 DEPARTURE: President Yoweri Museveni laft on Friday for Equatorial Guinea for a four-day state visist. He was seen aoof at Entebbe International Airport by officials who included IGP Kale Kayihura 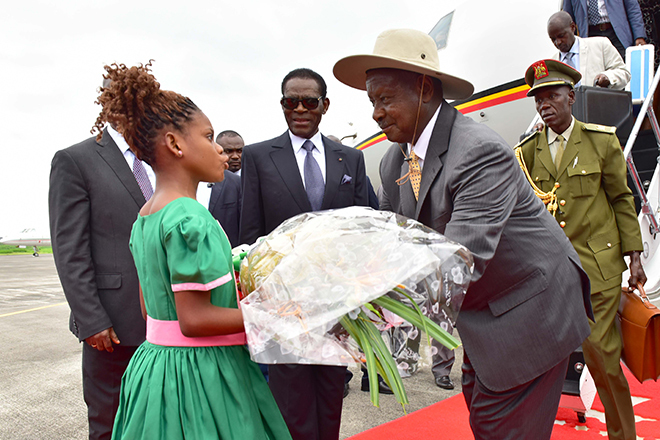 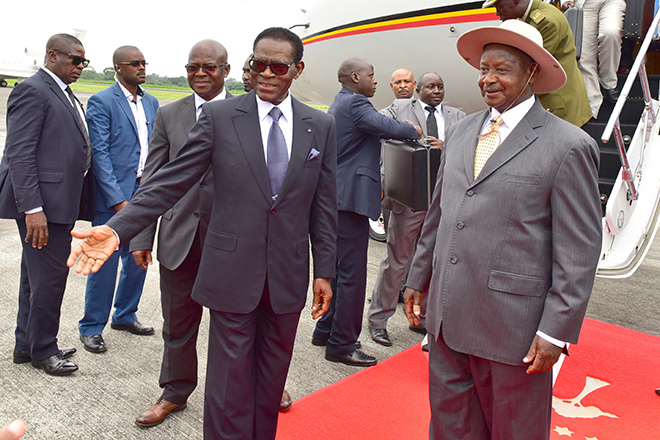 Museveni with his host  Obiang Nguema Mbasogo on arrival 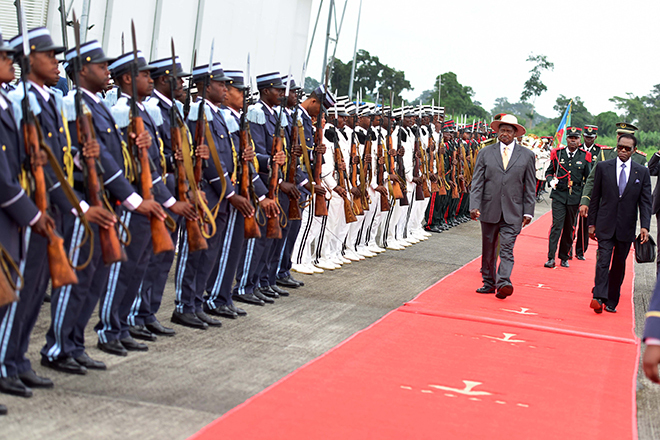 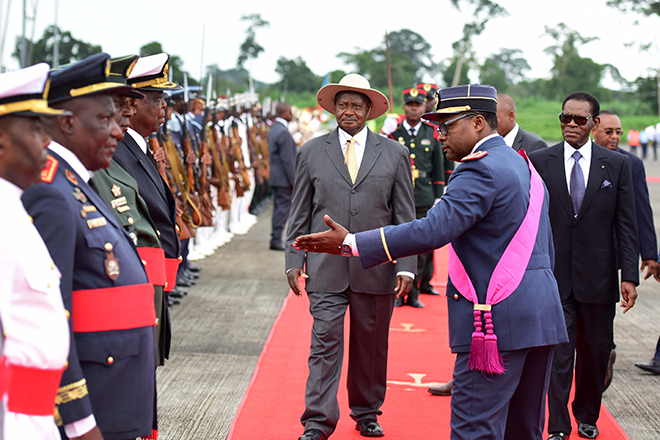 Inspection of the guard of honour 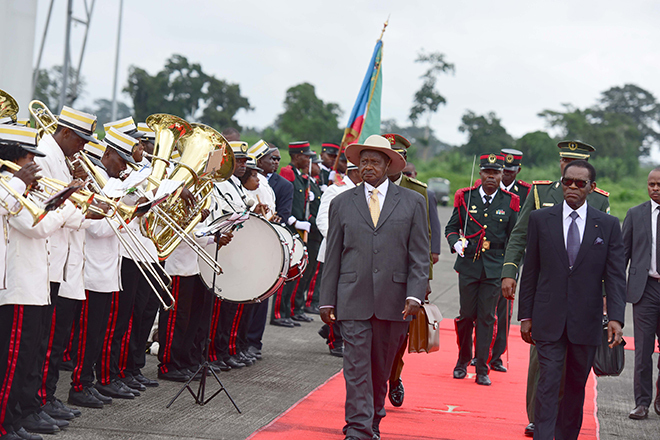 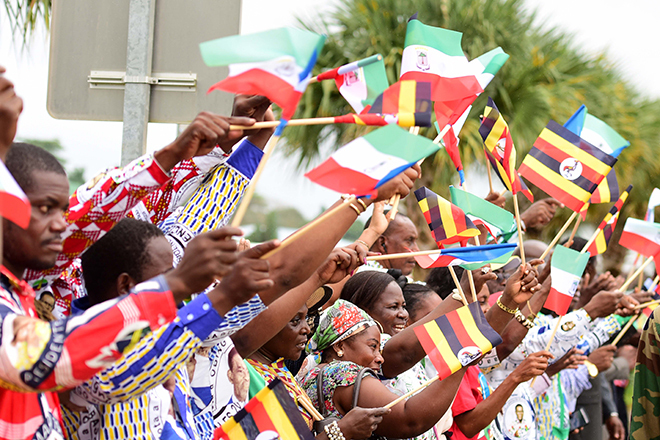 Museveni was warmly received by the people of Equatorial Guinea 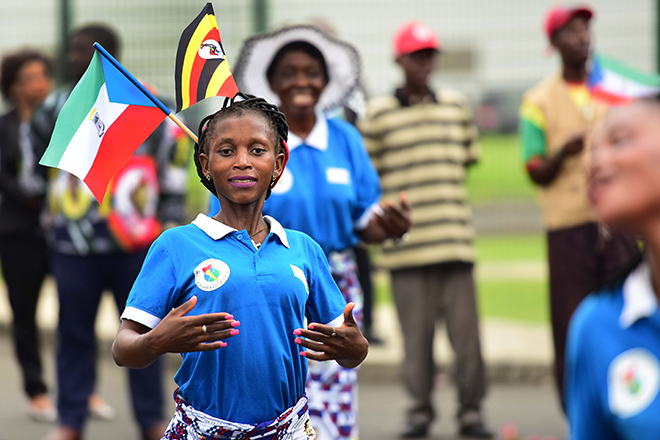 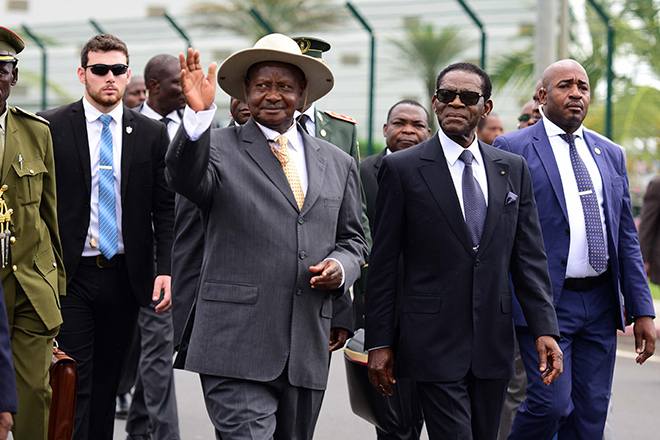 Museveni waves to the people at the airport 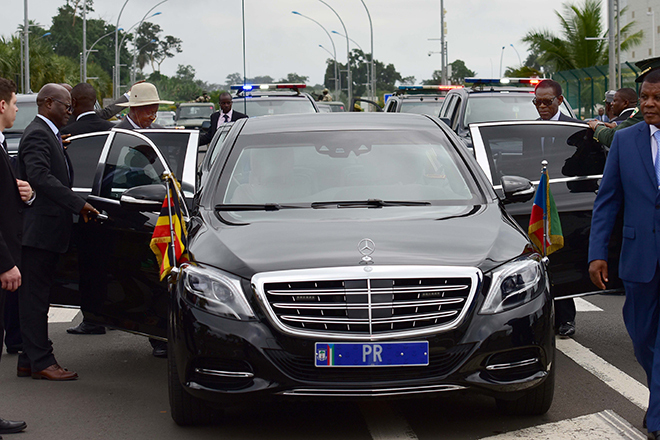 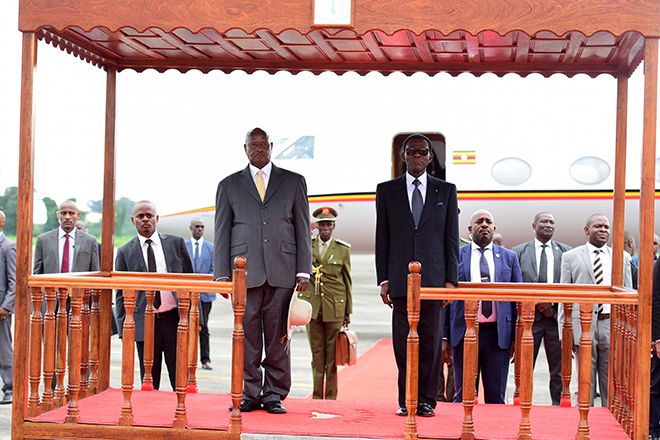 The anthems of both countries were played 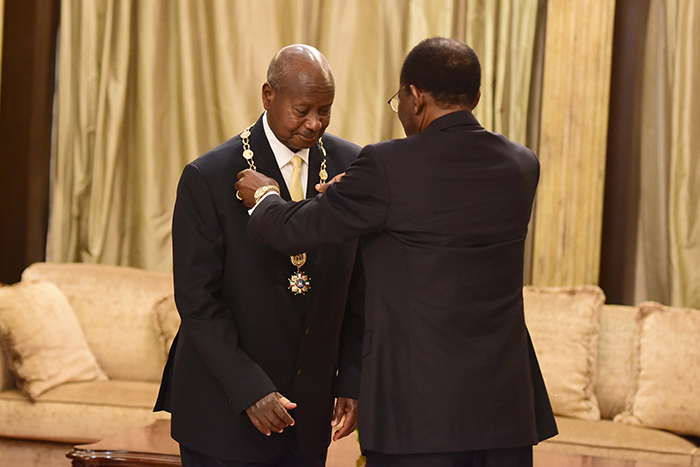 Museveni receives the honour from his host 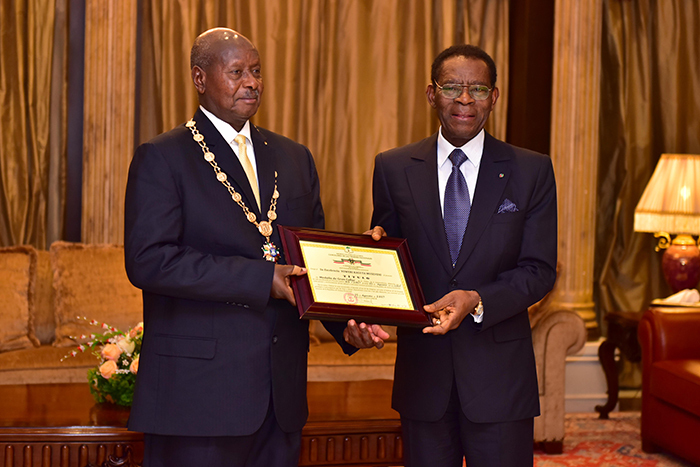 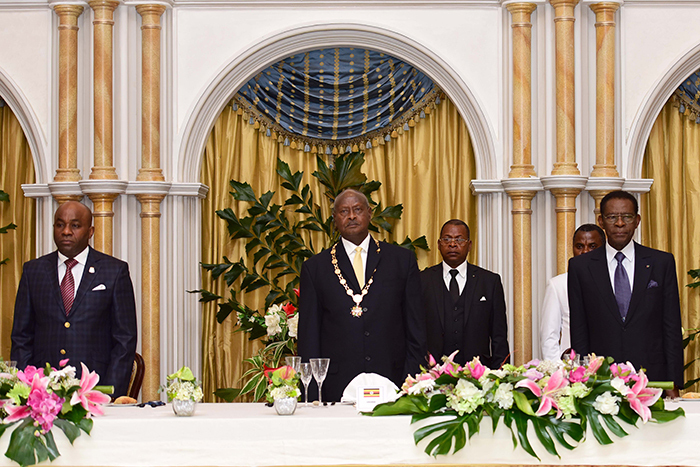 Museveni speaks about the honour:

Acknowledging the award, the highest honour bestowed to a respectable guest and who has made an outstanding contribution to the cause of the African continent, President Museveni said he was humbled by the "unexpected award."

"It is only a curse if you are corrupt, not focused and do not use that perishable resource strategically and correctly," said President Museveni, who added that Uganda would copy some of the best practices since it has also discovered oil. 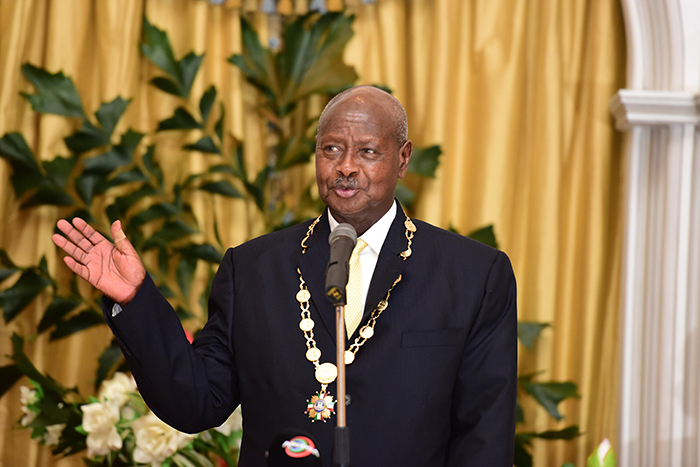 Noting that the Bantu people of Africa originated from around Equatorial Guinea and Cameroon, President Museveni said his presence and that of his delegation was to reaffirm the oneness of African people.

"The people of Africa are either similar or linked and it is crucial we use this oneness to build strength and prosperity," he said. "The only problem we have now is limited infrastructure to link us. The easiest way is to start with air transport and telephones. But eventually we must then solve the problem of the railway from the Indian Ocean to the centre of the continent."

He said a railway from port cities of Mombasa, Dar es Salaam or Doula to the heartland of the continent would greatly advance this cause.

According to President Museveni, his visit to Equatorial Guinea, therefore, was hinged on two targets; looking at how to support prosperity of each other but also focus on the question of strategic security. 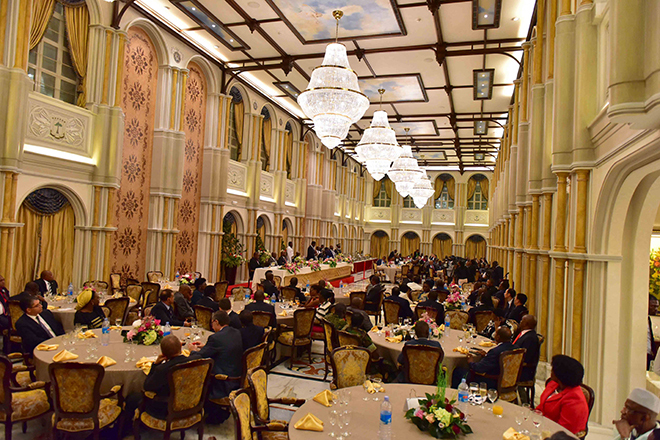 The guests during the dinner 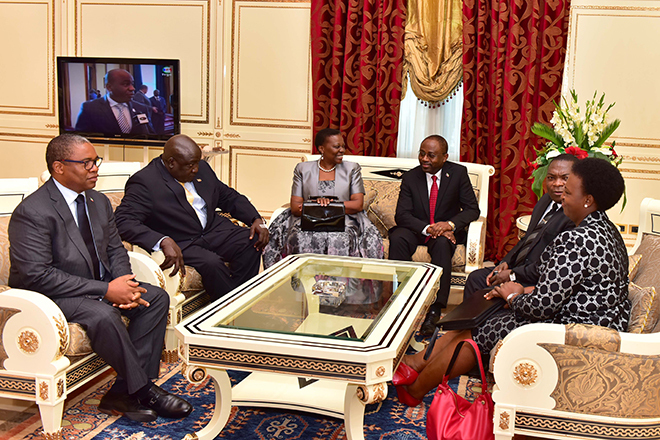 On his part, President Obiang thanked his guest for honouring his invitation, saying the two countries were steadily growing their bilateral and multi-lateral ties catalyzed by shared political similarities.

"At a political level we believe in defence and sovereignty of our nations. We also believe in Pan-Africanism for self-determination and reliance," he said, adding that the countries also shared economic and technological ties. 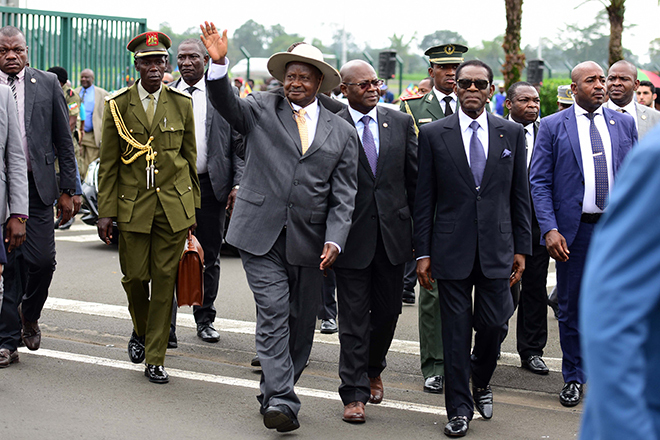