Mobile app, portal to promote tourism in K...
Next Story

Sights & sounds: A journey down south to Kisiizi

Kisiizi Falls has been the fulcrum on which life in Rukungiri spins since time immemorial.

Kisiizi Falls has been the fulcrum on which life in Rukungiri spins since time immemorial.

In Kisiizi, in the Rukungiri district of south-west Uganda, history often shocks any listener with a human heart.

Tradition, which in this case is strictly oral literature, tells of girls who risked death if they got pregnant out of wedlock. The punishment was ruthless: the guilty woman would be taken by her father and brother to a specific cliff and then pushed off the edge to her death 30 or so feet below.

It was a way of doing away the shame that she would bring to the family.

"Those from DR Congo and Burundi (before the borders were drawn) were also brought here for the same punishment. The climax was when one victim got hold of her father and brother as they threw her away and all the three dropped to their death," she adds.

Many girls had died this way but when the rare case of one victim that took along her father and brother spread, the brutal law was revisted and halted.

"That was the beginning of women emancipation began in Rukungiri," says Matsiko.

"If it was not for this girl's defiance against the norms of the day, maybe the archaic ways would still be the accepted and unchallenged order of the day today." 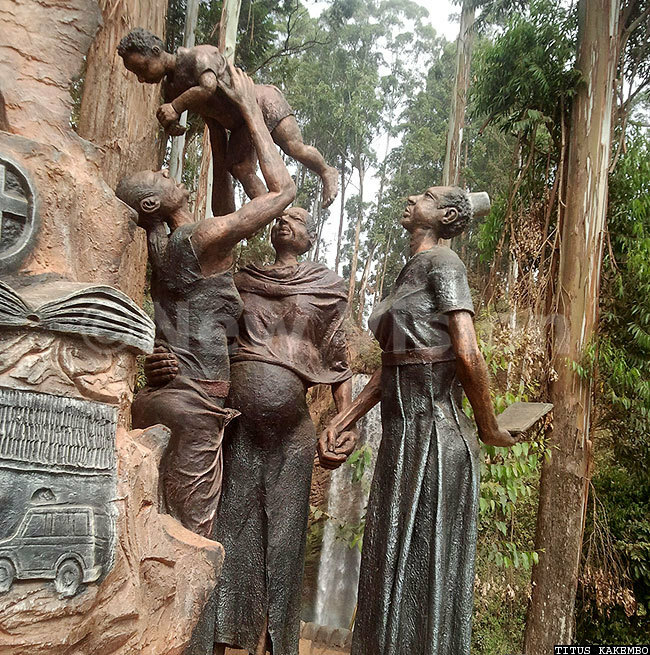 To get to this spot, it takes more than six hours by road, which is very dusty for the last section of the journey.

Kisiizi Falls has been the fulcrum on which life in Rukungiri spins since time immemorial. Today it boasts of magnificent climate and a bird's eye view of the hilly neighborhood.

Attracting tourists to stalk butterflies, birdwatch, ride bicycles and have nature walks. it is one place you cannot ignore. It is endowed with cool weather and a high fertility rate among the residents. They are complaining about a high cost of living as the prices of potatoes, beans, sorghum and maize keep shooting up because of the area's proximity to Rwanda, DR Congo and several urban center markets.

"We have a Church of Uganda (COU) Hospital in place which makes treatment easy to access and is affordable," says Joshua Bwebale, a chaplain.

"Mothers are able to have a break from their house chores by joining our affordable health insurance scheme. It costs sh25, 000 and one gets maximum health services and monitoring when they are expecting."

Also in place is Kisiizi Hospital Primary School, whose performance has been among the best in the area for several years. The 403 pupils with 13 teachers are provided free lunch or the administration risks having empty classes after 1pm.

"Good enough there are positive results we are getting," says headmaster Spencer Twetiise.

To get to Kisiizi from Kampala can be done through Rukungiri via Kebisoni or using the Muhanga route on the Mbarara-Kabale highway. Resident environmentalist Dr. Ian Spillman of Friends of Kisiizi, an NGO, says life in Kisiizi is changing since an abandoned factory was transformed into a 250-bed hospital."

"That was done by Dr. John Sharpe.  And today tourism is becoming an economic activity you cannot ignore while here," says Dr. Spillman.

"We have more than 1,000 species of birds in the hills. They compete for visual attention with decorous butterflies hopping from one flower to another to suck pollen. The food in the markets is still relatively affordable, with a kilogram of potatoes at sh500, a bunch of bananas at sh8, 000 and a cluster of bananas priced at sh1,000."

The trading center is studded with dukas (corner shops) stocked with basic essentials.

Dust on the main road is a compulsion residents have to lie with. 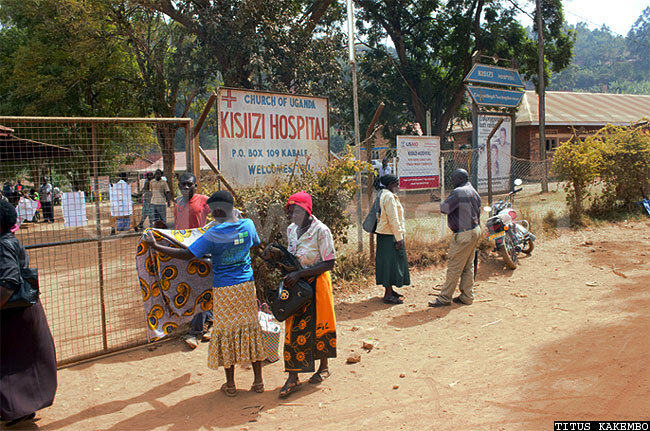 "We have subsidized electricity supply from Kisiizi Power Plant," boasts Spillman. "Apart from declining water volumes of the river, we remain assured of power supply whenever we need it."

Overwhelmed by the increasing population of residents, the Kisiizi high end of the hills, precarious cliffs and valleys are being bought by developers.

A plot of land measuring 50x100ft is priced from sh25m and above. One developer bought two acres of land there at sh800m and is due to put up a mall with a supermarket, entertainment center and other services.

The construction materials are readily available in Kisiizi market place. Most foundations are put up using boulders split by volcanic movements of the earth. Baked bricks are in plenty at sh100-sh200 each. It all depends on one's negotiation skills and where the buying is done.

While launching the Kisiizi Trail, minister of state for tourism Godfrey Kiwanda tipped residents about tourism being the next big thing in their midst after the discovery of oil in Hoima.

"Fortunately while oil gets exhausted, tourism is there forever. It is the fastest growing trade," said Kiwanda.

"The question you have to ask yourself is how you reap from it. Homestays as it is in Bombo are the next attractions in the world. People want to come and live with you. They want to milk a cow the way you do it manually and mingle millet bread on a three-stone cooker."

The minister said the things that attract responsible tourists have changed so much in this century. Travellers want a human face on the product they are spending their hard-earned cash on.

A casual tour of Kisiizi reveals evidence of the gaps in place that are waiting to be exploited. The trading center has not got a pub or leisure facilities apart from those that belong to Church Of Uganda. An art collectors shop, theater and discotheque would make life there livelier. This is in addition to more self-contained units. Tour guides and tour operators could make a fortune publishing literature about the little-known place.

While meeting her constituents, MP Matsiko revealed that she is destined to exploit tourism upon retirement from politics.

"How I wish our visitors could enjoy our organic fruits, honey and other agricultural products for a fee. How I wish Kisiizi water bottles could be packed for consumers across the world. Opportunities like having a Kisiizi coffee experience.