Mathew Kanyamunyu in the dock at the High Court where his bail application was rejecting. Photo by Tony Rujuta

High Court Judge Yasin Nyanzi today denied Mathew Kanyamunyu in the case where he and two others are accused of killing a social worker Kenneth Akena.

"Like i mentioned during the hearing and as the law so indicates Kanyamunyu is free to apply for bail as many times as he wants but that cannot be done before the same Judge under the same circumstances" the ruling read in part.

"Naturally for the Justice system to be fair you have to change the Judge if the circumstances are still the same," it added.

A fortnight ago, Kanyamunyu's lawyer Evans Ochieng pleaded with court to grant Kanyamunyu bail on grounds that he has substantial sureties and a fixed place of abode at Royal Palm Estates located in Butabika.

He submitted that Kanyamunyu would not interfere with investigations and witnesses since inquiries in the case are complete. 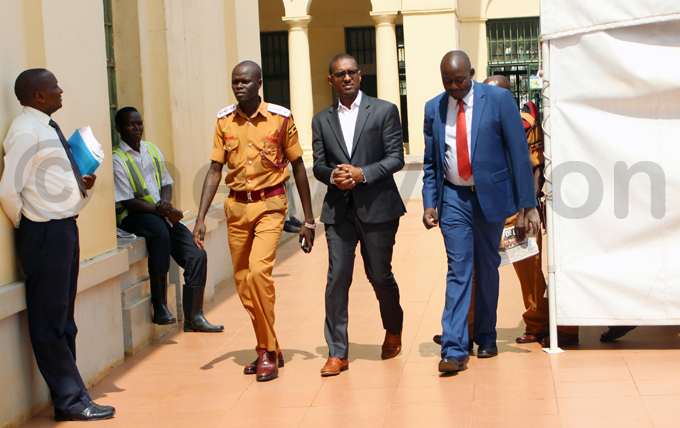 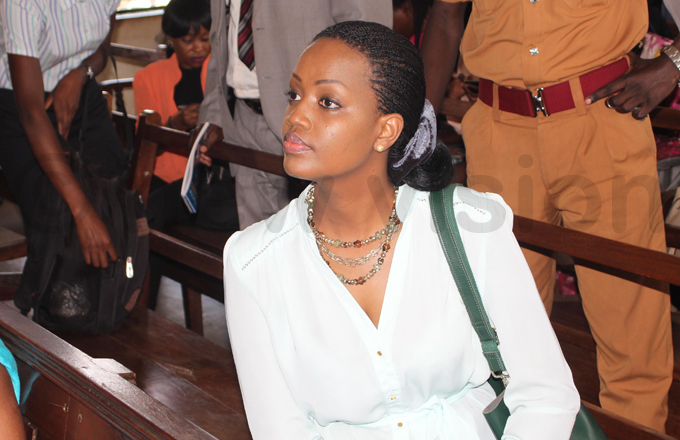 Kanyamunyu's girlfriend Cynthia Munwagari who herself is out on bail looks on in court. Photo by Tony Rujuta

Ochieng further said that Kanyamunyu was willing to exhibit in court a land title, registered in his names for a piece of land in Wakiso.

In reply, senior state attorney Immaculate Angutoko asked court to deny Kanyamunyu bail and have his case fixed in the next court session for trial so that his case is heard on merit.

"Completion of inquiry is not a guarantee that the accused will not interfere with investigations and witnesses," she argued.

Kanyamunyu, the executive director of Quantum Express Logistics is being charged with his brother Joseph, 41, and girlfriend Cynthia Munwangari, 27, who have since been released on bail.

Prosecution alleges that the accused and others still at large on November 12, 2016 along Kampala-Jinja Road opposite Malik car bond with malice aforethought caused Akena's death.

Kanyamunyu is suspected to have shot Akena in the stomach over denting his car. Akena died a day after at Norvik Hospital, on Bombo Road in Kampala.