Once upon a time, Uganda won the biggest African motocross race in 2012 on home soil.

However since then, it has been a series of failed attempts in the annual showpiece with Maxime van Pee salvaging some pride, finishing third last year in individual categories.

Now, Uganda is desperate for a comeback among the elites when this year's FIM Africa Motocross of African Nations event takes centre stage Friday to Sunday in Botswana. 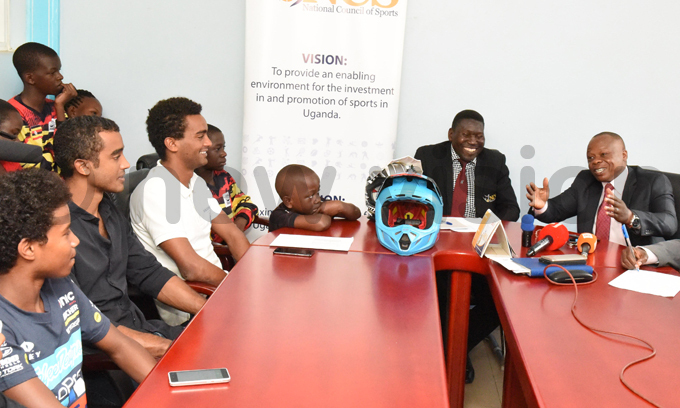 FMU president Dusman Okee (R) addresses the riders before they were flagged off. Photo by Mpalanyi Ssentongo

With the riders spread out in different classes, FMU president Dusman Okee believes there is a huge likelihood of victory for Uganda this year.

"The energy levels are high as the different riders chase records. We know the stiff competition that awaits us but I'm confident our boys will give a good challenge down in Botswana" Okee said during the official flag off of the national team Tuesday at the National Council of Sports (NCS) offices in Lugogo.

Fan-favourite Fortune Sentamu, riding in class MX 85 is determined to impress on the big stage especially now that he boasts of the KTM 85 CC 2017 model bike.

"A lot of people have faith in me and I believe it is time I paid them back. We have trained hard and I believe we shall achieve something big from Botswana" Sentamu said. 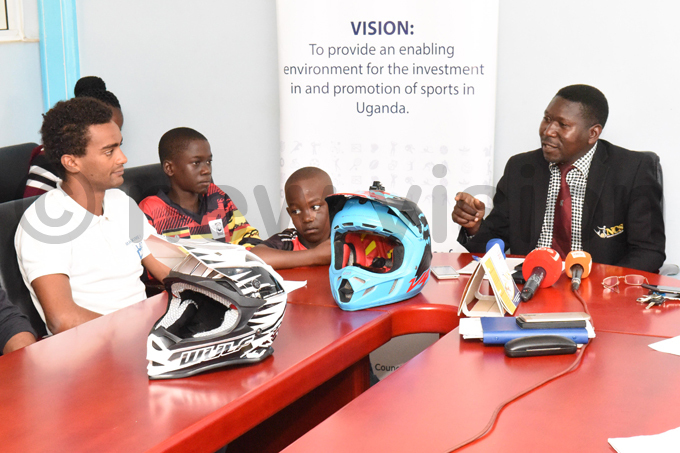 NCS gave sh5m to the team, Ethiopian Airlines offered discounts and Patrick van Pee, the father to Maxime and Olivier offered to transport the bikes to Botswana ahead of the highly anticipated regional event.